Behind the scenes of her house reno. 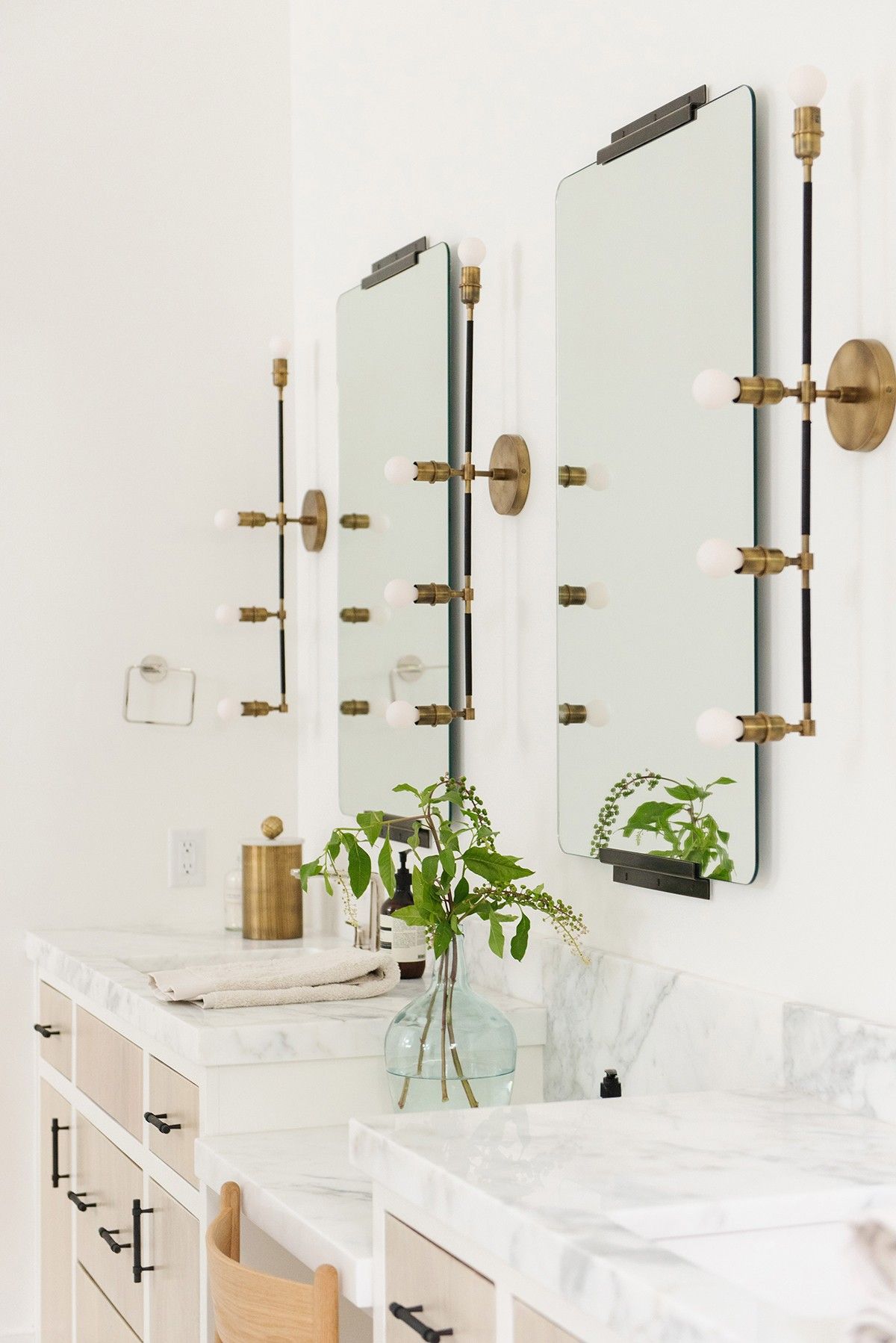 Sacrifice. It’s the key to a strong relationship and, as Kristen Bell recently learned, a functional home. The Good Place star, who tasked SoCal designer Amber Lewis with renovating her new house, hit a roadblock when drawing up plans for the master bathroom vanities. The issue? Bell is 5 feet 1. Her husband, Dax Shepard, is six feet 3.

Based on a sketch the actress revealed on Instagram, Lewis was originally going to make Bell’s vanity six inches shorter than Shepard’s in order to account for their height difference. No one should have to brush their teeth on their tippy-toes, right? In the end, however, Bell decided against dropping the countertop—and we have a hunch her change of heart had to do with symmetry.


This is a real thing that happens when you are 5″1 an your husband is 6’3″: You ask @amberinteriors to design vanities at different heights and her symmety lovin brain explodes everywhere.  I was so attached to this 6 inch difference and Amber made it work. But I came to my senses in the end, now they will be the same height, and im just so grateful for @amberinteriors patience!! (I took the liberty of adding our faces to the drawings 🙂

Here’s the thing: If Bell and Shepard ever decide to sell their home down the road, super-personalized details won’t necessarily impact the value but it could limit their pool of interests. “When buyers are coming in for showings, they’re looking to buy their future home, not your current one,” says Jen Wang, a real-estate agent with Core. That’s not to say there aren’t people out there who’d appreciate this custom touch, Wang notes—it would just take you a lot longer to find them.

Unless you know for sure that you’ve found your forever place, it’s always a good idea to keep built-in features like this proportional. But if you are staying put and want to build a bathroom that’s perfect for you, Lewis’s original blueprint is a great place to start. To create the illusion of symmetry, the designer planned to make Bell’s mirror longer. Nonconformists, take note.

See more stories like this:  What We’ve Learned From Renovating Hundreds of Bathrooms Who Says Your Bathrooms Have to Look the Same? The Home Union Founders Retiled Their Bland Bathroom in Less Than a Week