How This Canyon-Cool L.A. Home Became One Couple’s Sanctuary After COVID Hit Hard

It was a source of refuge after a long hospitalization. 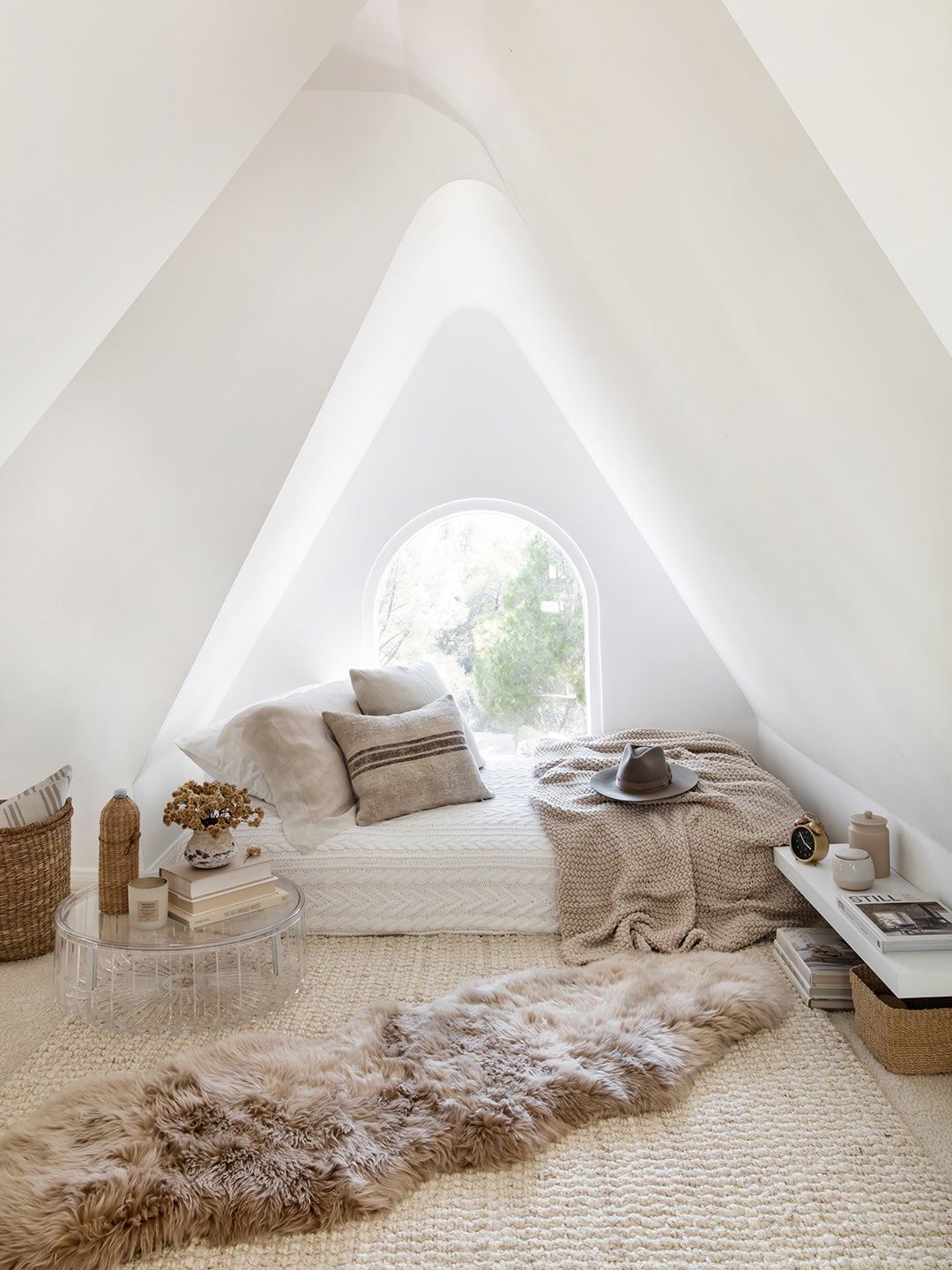 When Anneliese Johnson first got word of the coronavirus in February 2020, she texted her now fiancé, Gregg Garfield, who was on a guys’ ski trip in Val Gardena, Italy, at the time. “I touched base with him and was like, ‘Have you heard of this thing?’ He said, ‘Yes, no, not really, but we’re outside. We’re all good,’” remembers Johnson. But things began to spiral fast.

All 13 of the people on his trip ended up getting COVID, one of whom did not survive. Garfield himself became patient zero at St. Joseph’s Hospital in Burbank, California, and was given a 1 percent chance to live: His kidneys failed, he had a pulmonary embolism, and he developed sepsis. After 31 days on a ventilator and 64 days in the hospital, he had lost all of his fingers on his right hand and the first two joints on his left, as well as three toes. Unable to physically be with him throughout the harrowing experience, Johnson sought refuge at her Topanga Canyon home with Garfield’s sister, Stephanie, by her side.

“We did yoga on the deck, we cried, we meditated, and when things were really bad, we danced,” recalls Johnson. Being proactive about creating a positive mindset and environment got her through the toughest days. “My sanctuary is what held us. It was a nest that created the enveloping feeling of being okay,” she adds. The 1,200-square-foot space was always intended to be a place to recharge. When Johnson bought the property in 2018, before she had met Garfield, she brought in her friend, interior designer Jennifer Castle, to help her turn it into a retreat for Johnson and her two teenage daughters.

“There’s a phrase that your home should rise up and greet you when you walk in—that was what we wanted this house to be,” shares Castle. “It welcomes you with a big, warm smile.” The designer stained the home’s original 100-year-old wood floors; doused the walls in white paint; and focused on bringing in as much natural light as possible. Castle was gearing up to gut-renovate Johnson’s tiny kitchen when Garfield was hospitalized, so for a while everything was put on hold. Then, after he was released, the couple began to spend more time at Garfield’s residence; that gave the designer the opportunity to go back into the home and get a lot of the heavy construction done. She prioritized making it a place where the pair and their loved ones could eventually relax, celebrate, and simply be together. (Today, it also serves as a sanctuary for out-of-towners in the form of an Airbnb.)

In the kitchen, Castle removed all the old cabinets and started fresh—she even carved out a spot for a tall pantry cupboard underneath one of the ceiling beams (which she clad in vintage white oak to give it an aged yet refined feel). “Every inch counted,” says the designer. Continuing the backsplash up to the ceiling and around the range hood added depth to the small space.

The only real challenge during the redesign was getting appliances and furniture inside from the street (the house is situated on a hill, so you have to trek up about 40 stairs before you even get to the front door). “You would have to take a minute and catch your breath once you got to the top,” the designer recalls.

In an effort to continue layering in doses of character and reflect the woodsy landscape surrounding the property, Castle added a reclaimed beam to the living room fireplace. “Nature is very healing,” notes Johnson. On a more literal note, many of the spaces, such as the primary bedroom and the office–slash–reading nook, feature images of the outdoors (the ocean print is from Minted, while upstairs, watercolors done by Johnson’s grandmother can be found hanging on the walls).

While the deck is still very much a prime place to seek mindfulness, there’s now a bonus mediation loft on the very top floor, which Castle made extra-cozy by going heavy on soft textiles. “I wanted it to feel like a cloud up there,” she says. Around the corner awaits a much-welcome reminder in the form of sign art: Stay Present.