From side tables made with design books to plenty of Prouvé. 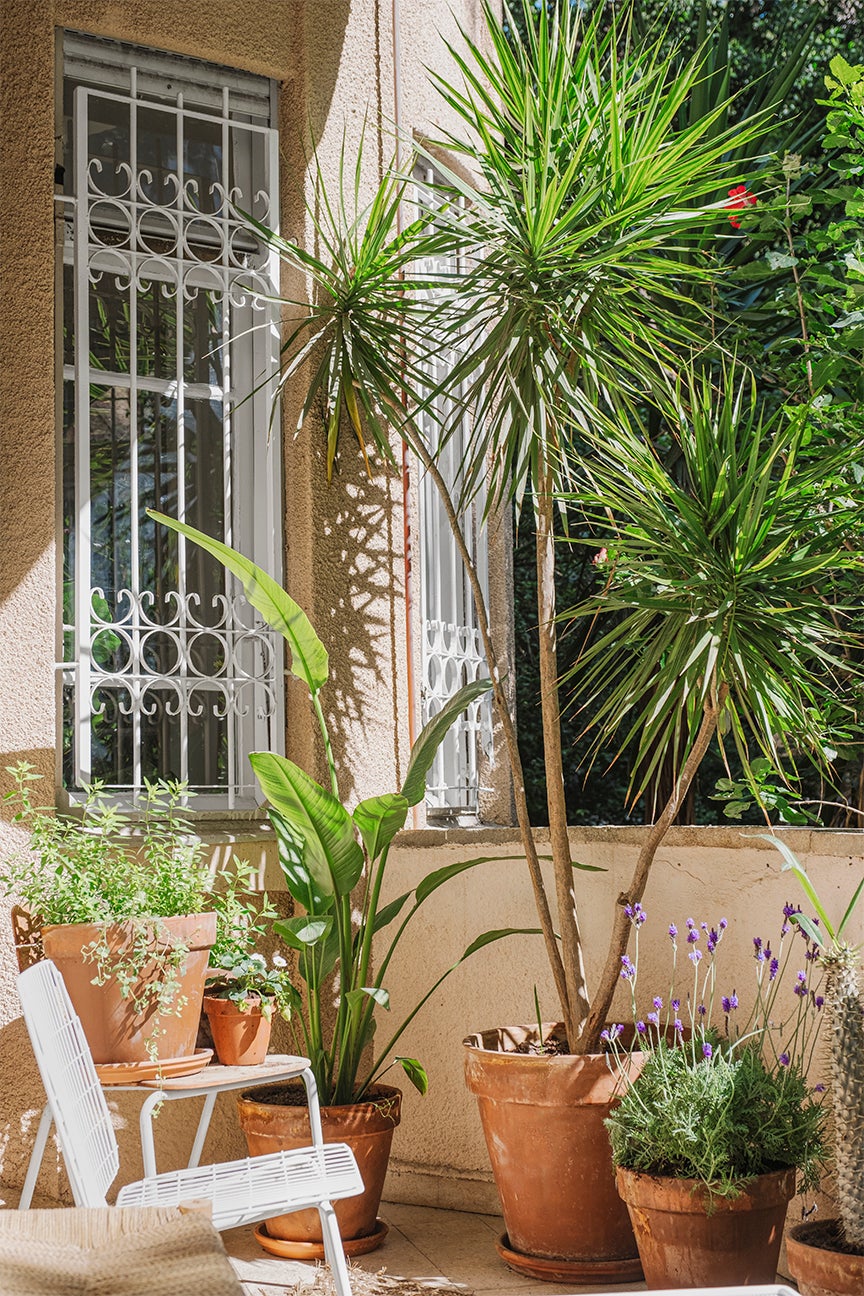 When art director and designer Aurore Chauve first met artist Guy Yanai, he was hand-delivering a painting she had commissioned from him after admiring a piece at a mutual friend’s place. “Since that day, we’ve been together,” says Chauve. Except for one small hitch: Yanai lived in Tel Aviv; Chauve in New York. With each juggling busy careers—solo exhibitions at galleries like Miles McEnery in New York City and Praz-Delavallade in Paris for him; design projects for Ulla Johnson and Sleepy Jones for her—a whirlwind year of long-distance dating ensued. Finally, in 2016, Chauve made the Israeli coastal city her HQ. Not that it was a hard sell. “If you put me by the sea, I feel at home,” explains the Aix-en-Provence–born creative of growing up a 20-minute drive from the Mediterranean.

Two years later, the couple has settled into a spacious apartment in historic Lev Ha’ir. The centrally located neighborhood is vibrant and convenient, but it was the Eclectic architecture that really drew them in. “Our building is very rare—a mix of classical European and Levantine styles,” says Chauve, who also fell for the original hand-painted tiles, wood-trimmed windows, and the fact that “every room has natural light coming in from two directions—a signature of Eclecticism.” To freshen up the 1920s space, they brightened the walls with a coat of white paint and added a Paola Navone sofa, Carl Hansen & Son chairs, and “a lot of Artek and Prouvé.” Chauve brought in linens and dishes culled from her hometown’s iconic general store Maison Empereur, while potted palms—a recurring theme in Yanai’s colorful paintings—line the curved balcony. The most essential for two creatives? A book collection that extends to almost every surface.

The duo’s love of books plays a big part in their work life, too. Yanai’s airy studio in the city’s Old Bus Station neighborhood (a 15-minute walk from their flat) now serves as the base of operations for their burgeoning art book publishing company, Yundler Brondino Verlag—a business idea sparked during that fateful first meeting. Though the 1,076-square-foot space was originally a car-parts supplier, you’d never know it. “It was super-dirty,” says Chauve, “but Guy really had a vision.” Yanai painstakingly removed the grease-covered supply shelving to create one large room, leaving two long walls blank for paintings in progress. At the back, he built a kitchen and a large library to house their publishing office. A massive, raw marble–topped table—a gift from an artist friend—was shipped from Italy and serves as a desk. In a city that isn’t short on visual stimulation, the streamlined space is an oasis of calm.

This story originally appeared in the Summer 2020 issue of Domino, titled “Work & Play.” Subscribe to be the first to receive each issue.