We Need to Talk About Gender Inequality in Design

How women in building are dealing with a male-dominated industry. 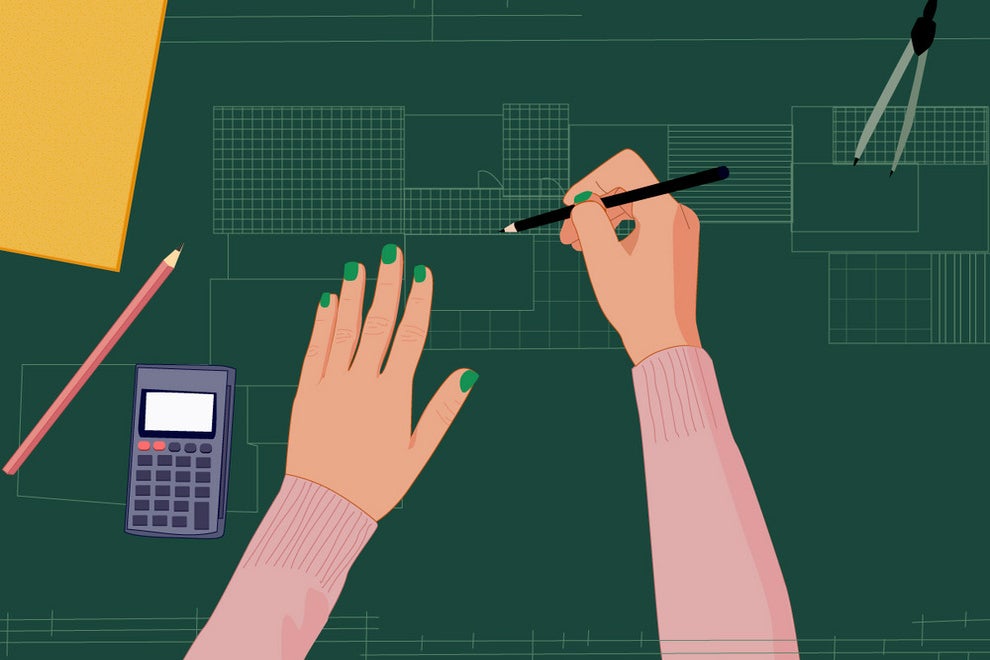 International Women’s Day might be over, but the conversations surrounding the issues at hand shouldn’t be. Among the topics much-debated is inequality in employment. And while this is by no means a new problem, it’s one that’s brought to the forefront as discussion surrounding women’s rights reaches a boiling point—about time, too.

Given that Domino is a predominantly female company, and we try to focus on highlighting innovative, badass women across industries—from the incomparable Misty Copeland to a textile artist-turned-car designer to the women behind feminist philanthropic decor shop Bulletin—it can be easy to overlook the fact that the design industry, as a whole, is far from equal. But just because our personal experience might not speak to a specific problem, it doesn’t mean that it doesn’t exist.

“There is power in numbers, and as a young woman, there are only a few of us with that particular perspective at most tables,” says Laura Mueller-Soppart, who co-founded the development company Public Agenda with Eliza Liepina. “I start projects from a practical basis, eager to understand every perspective from which to create ideas and concepts. Grounding real estate in human input creates a connection to users that gives a project unique impact. So that starting point of breaking down assumptions is second nature.”

Jamie Beckwith is a flooring designer, another traditionally male-dominated field. She shares a similar perspective: “As a woman trying to make it in this industry, there was a lot of frustration; [there were many] times even where I thought, should we just throw in the towel? Doubts from industry leaders really just drove me to keep pursuing, keep trying new ideas, and just making sure that when people were going to go buy my product, they could feel like it was really great quality. I was able to hold my own against any of the other groups that were out there that had been around a lot longer.”

And while the motivation to prove people’s doubts and assumptions wrong can produce great work, as both Mueller-Soppart and Beckwith attest, the real question should be why women face those doubts or assumptions in the first place. It’s those prejudices that preclude women from having total parity in the workplace. And when those prejudices become even more visible—a 2018 survey conducted by the Architects’ Journal revealed that one in seven UK women in architecture have experienced sexual harassment at work in the last year—it’s certainly enough to dissuade someone from pursuing a career in a field where they don’t feel recognized or even safe.

“In my experience, it’s important to work in a place where you feel comfortable, where you are respected and you respect your employees,” says Sarah Trotter, the director at Australian interior architecture firm Hearth Studio. “One of my worst experiences was sitting in a meeting and the client asking me if I could read a plan, before we began. I fumed for weeks. I draw plans, don’t I? This is my job, is it not? I am certain they wouldn’t have asked that of a man.”

Paulina, a general contractor with renovation matchmaker service Sweeten, agrees. “I have had a few instances where the homeowners had multiple contractors attend site visits at the same time. Most of the clients, when asking technical questions, would look towards those male contractors first. I would have to try twice as hard to contribute my input, where my male counterparts’ input was taken at face value and not questioned. Questions towards me would be [for] more of a design input, rather than [a] technical [one].”

These behavioral biases may stem from a representation issue. A November 2017 survey conducted by Dezeen reported that of the 100 biggest architecture firms in the world, only three are headed by women and only two have management teams that are more than 50 percent female. While this miniscule percentage is hardly encouraging, it’s even harder for women of color to break into the building industry.

Just ask Pamela Abalu; Abalu is an architect, social entrepreneur, and the former global head of design and construction at MetLife. She is also one of fewer than 400 licensed black female architects in the United States. “To navigate gender and race inequality in my career, I had to alter my thoughts about it. I had to see myself as unbound by another person’s script of my unique potential,” she says. “Leveraging this mental freedom gave me the inner space to supercharge my career. My hope for the next generation is this same freedom; that is, freedom of choice and freedom from narratives of scarcity, lack, and limitation.”

So how can we get to a place where women don’t have to alter their thoughts or work to prove themselves over male colleagues? For one, garnering more support from men. Which isn’t to say that we need validation in order to be successful; but, at the risk of being cliché, when all genders are working towards the same goal, everyone wins.

For Trotter, the answer to dealing with inequality in design and building could be as simple as being yourself.

“I don’t think you need to alter your behavior to deal with these situations so much as just making sure you are heard. You can interrupt and state you understand, not letting a mansplaining episode get out of hand, but for me it’s important to not have to ‘toughen up’ or inflate myself in order to deal with these moments,” she says. “When I started out in this field, I found myself having a ‘builders voice’, [which] wasn’t me. Things have changed and are changing; builders I am working with now are able to communicate [much more] than they were ten years ago.”

And as for the female designers of the future?

“I feel frustrated for the young designers coming through the ranks now; constantly, I see only men in the press for design, especially industrial and product design in Australia,” continues Trotter. “I think if we can be more conscious of this—in the media, in the purchases we make, in the way we talk about design—then we can make a real change.”