Becoming a parent changed everything. 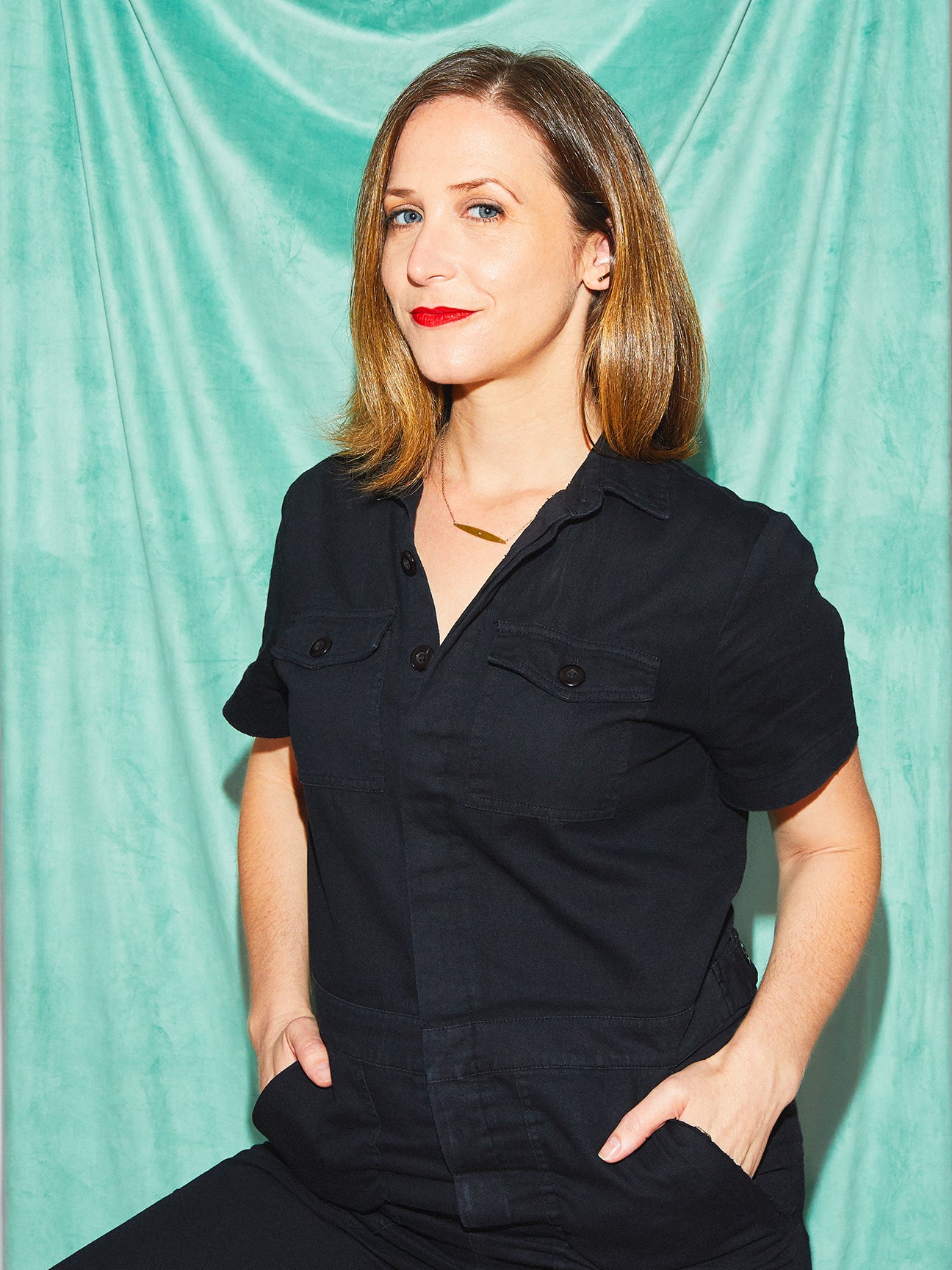 Tovah Haim was blindsided by the birth of her first child, and not because he arrived during one of her busiest weeks at work; she wasn’t prepared for the types of changes her body would go through post-pregnancy. “I had some idea of what childbirth was about, but nobody talks about how intense the recovery is,” recalls Haim. Naturally, she took her questions to the Internet, desperate to know why her hair was falling out in what felt like chunks, whether or not her feet would return to their normal size, and if the continuous night sweats meant she was sick. Answers were hard to come by. “I thought something was wrong,” she says.

This exhausting scavenger hunt eventually led Haim to found Bodily, a just-launched collection of postpartum-care products, as well as a website focused on sharing evidence-based information around post-birth recovery and breastfeeding. From the outside, it seems like a big jump for Haim—prior to starting her own business, she spent more than a decade in the tech and finance industries. But by staying true to issues that hit home for her and looking to her experiences for inspiration, the leap wasn’t all that jarring. Here, the founder shares how she turned a passion into a larger movement for women’s health.

She Built on Her Curiosities

Haim learned how to flex her analytical muscles early on. She kicked off her career on Wall Street, working in investment banking in the early 2000s before moving into private equity, and, most recently, holding executive positions in strategy and data for startups in New York. “There were a lot of all-nighters,” recalls Haim. “At one point, it hit me pretty hard that I needed to do something that I was fundamentally excited about.” She asked herself a simple question: What do I like to do in my downtime? “I love going on tech blogs,” she says, laughing. “It’s geeky, but it’s true.” It wasn’t until her son arrived two years ago, however, that she realized there was an opportunity to hone in on her interest in digital platforms.

advertisement
“It hit me pretty hard that I needed to do something that I was fundamentally excited about.”

And Combined Those With Personal Experience

Haim returned to work just two weeks after giving birth, not fully knowing what that entailed. “I had no idea that I would bleed profusely for up to six weeks, despite having a C-section,” she says. For one, she didn’t have the basic products (maxi pads, mesh underwear, hemorrhoid spray, nipple moisturizer) on hand to soothe the healing process. “I had so many friends and family members who had had babies—why didn’t anybody tell me?” she says. “Like so many areas of women’s health, we don’t talk about female physiology because it’s culturally taboo.” Her background as a CFO and seasoned investor gave her the tools and the confidence to take the next step: clinical research.

Haim wanted to set the record straight on post-birth recovery, but she also aimed to introduce quality products to a practically nonexistent market. “Most people don’t know that traditional nipple creams feature animal-derived products,” she says. So Haim created a line of topicals that are vegan, cruelty-free, and have no preservatives or stabilizers. Along the way, she gathered intel from experts, from postpartum doulas to ob-gyns.

Nursing bras were also in the pipeline. When it came time to design them, she wanted to steer far from the typical matronly look and offer something beautiful and usable. “We had a certified lactation consultant weigh in on the placement of the seams and the elasticity of the underband, ensuring the pieces were optimized for breast health,” she says. Turns out, the biomechanics of a lactating breast are far more complicated than a nonlactating breast, and the clothes one wears can increase the risk of medical issues.

She Left the Door Open

In addition to offering an online store stocked with pregnancy and post-birth essentials (customers can opt for curated kits, depending on their recovery needs, or buy single products), Bodily’s website is packed with facts—and it’s 100 percent free. The language was crucial to Haim, as most educational materials on childbirth and parenting are specifically geared toward women. “It’s important that we actively enable supporters in this process. We are speaking to you, whoever you are,” she says. “You are welcome here.”

“Like so many areas of women’s health, we don’t talk about female physiology because it’s culturally taboo.”

Bodily offers two guidebooks—one for the pregnant person and one for their supporters that includes tasks they can execute to help their partner through the process. “How can we expect society to give us ample time to recover if nobody knows what’s happening?” she explains. Haim is setting the tone for what was once a hard-to-have conversation. Listen up.

See more stories like this:  I Left My High-Powered Job at Apple to Start Making Art Out of Knots Losing My Job as an Architect Inspired Me to Turn My Hobby Into a Career 10 Quick Tips to Cultivate the Career of Your Dreams