12 Books To Read In Honor of International Women’s Day

We're celebrating with these power women, from across the globe! 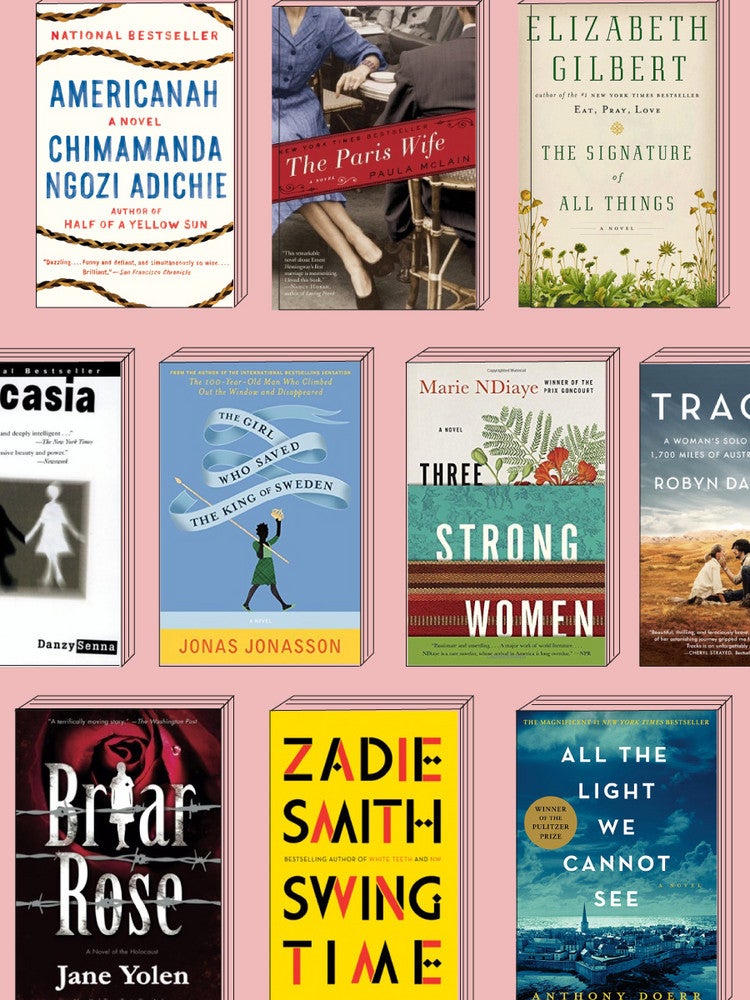 International Women’s Day celebrates the social, economic, cultural, and political achievements of women, and serves as a call to action for gender equality. In the spirit of the day, we’re honoring women through literature with the following titles, which feature strong female protagonists and plots that span the globe. See for yourself.

All the Light We Cannot See by Anthony Doerr

This Pulitzer Prize-winning bestseller tells the story of a blind

surviving World War II in a war-struck village in Normandy. Follow along as she works to solve the puzzle of her life.

Marie Ndiaye, the first black woman to win the Prix Goncourt, tells the story of West African immigrants in France. Three women’s lives intertwine as they fight against hardship and discover unimagined reserves of strength.

Swing Time is the story of two girls in London who bond over their love of dancing. It’s a close but complicated friendship that ends abruptly when they’re in their twenties and one of them moves to South Africa. Now miles apart, while the friendship is never revisited, it’s impact on their lives is never forgotten.

The Signature of All Things by Elizabeth Gilbert

From the bestselling author of Eat, Pray, Love, this novel carries readers across the globe, from London to Peru to Philadelphia to Tahiti to Amsterdam and beyond. The Signature of All Things follows the journey of a woman in the nineteenth century, determined to satisfy her desires for love and knowledge.

Tracks: A Woman’s Solo Trek Across 1700 Miles of Australian Outback by Robyn Davidson

Robyn Davidson’s memoir tells the story of her 1,700 mile journey on a camel across the Australian desert, where she battles sweltering heat, poisonous snakes, and lecherous men along the way. Davidson is the ultimate real-life heroine, driven by her love of Australia’s landscape.

Americanah tells a love story centered around a young man and woman from Nigeria who end up separated by countries and have to fight forces to be reunited. Adichie’s novel examines race across borders in American and Nigerian life.

The Paris Wife by Paula McLain

A story of love, ambition and betrayal, McLain’s The Paris Wife explores the relationship between Ernest Hemingway and his wife Hadley, in Paris. Both struggle with their own insecurities and eventually find themselves facing a crisis of marriage.

The Girl Who Saved the King of Sweden by Jonas Jonasson

Born in South Africa and destined for a life of poverty and early death, orphan Nobeko Mayeki has bigger plans for her life. She escapes the slums and finds a job that gets her intertwined in a government plot to kill the King of Sweden, forcing her to flee the country. Jonasson’s novel takes a look at how one person’s actions can have global consequences.

A coming of age bestseller about two sisters, from an interracial family, who are divided by race and politics in the 1970s. This story explores the struggle to find identity and what it’s like to be caught on the fault line between two races.

The Nightingale by Kristin Hannah

Set in a small village in France in 1939, The Nightingale takes a look at the often untold story of the women during World War II. Hannah explores the lives of two sisters as they embark on their own dangerous paths toward survival.

Daughter of Fortune by Isabel Allende

Eliza Sommers, an orphan raised in Chile, follows her lover to California during the Gold Rush, only to find herself in a world of single men and prostitutes. Allende explores Eliza’s journey into a new life of freedom and independence.

Briar Rose is a historically sensitive retelling of the classic tale, also known as Sleeping Beauty, set deep in a German-patrolled forest in Poland during World War II. Surrounded by the tragic events of the Holocaust, Rebecca is sent on an impossible journey to prove her grandmother’s claim that she is Briar Rose.