The perfect titles to pass down to your daughter or pass up to your mom. 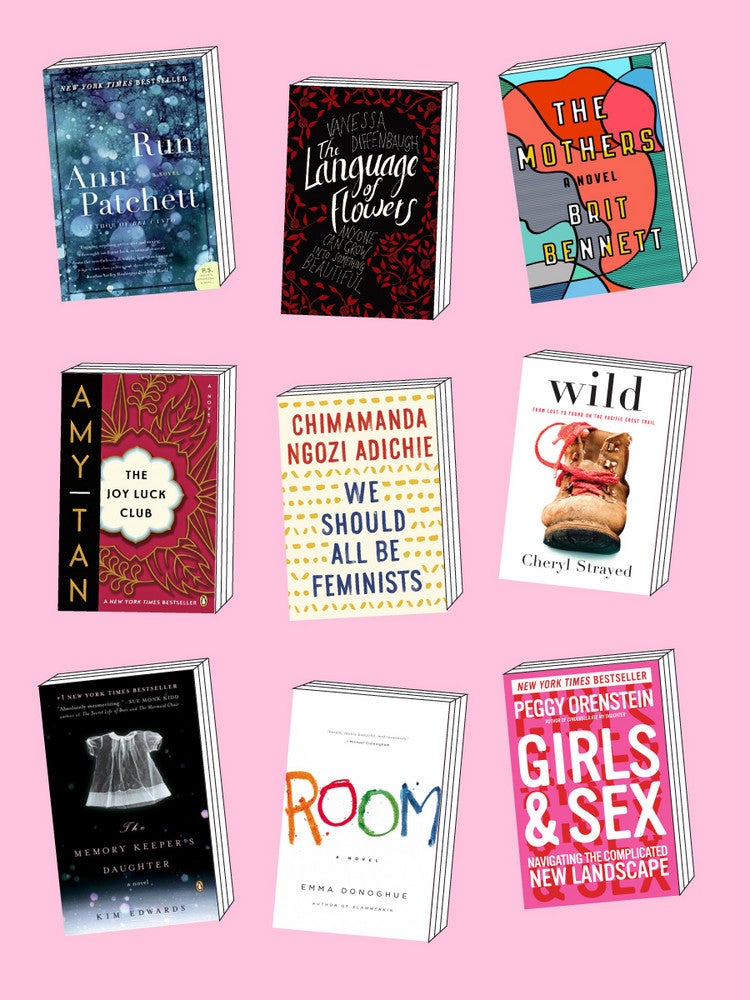 Whether you and Mom constantly share book club recommendations or the last book you read together was Are You My Mother?, Mother’s Day is a great occasion to meet or re-experience some of the most compelling, complicated, and relatable portrayals of motherhood in the written word. We chose 10 fiction and nonfiction books, all written by women, that exemplify and represent the experience of mothering and being mothered in diverse, confusing, and occasionally painful splendor.

We Should All Be Feminists

Chimananda Nogozie Adichie’s powerful themes and masterful way with words are evident in all of her books, but her manifesto We Should All Be Feminists is particularly relevant right now, especially since you are never too old or too young to declare yourself a feminist. For new moms, consider picking up a copy of Dear Ijeawale, or A Feminist Manifesto in Fifteen Suggestions, which began as a letter to a friend.

We have a major soft spot for this classic. While you are sure to find a well-worn paperback at any secondhand bookstore, consider picking up the hardcover version complete with endearing design by Rifle Paper Co. Marmee’s relationship with her four beloved girls and her steady, guiding love forms the family’s foundation as the sisters’ relationships evolve.

Told from the point of view of a young boy living in a one-room dwelling with his mother, Room’s fierce portrayal of motherhood illustrates the lengths parents will go to in order to protect their children. Donoghue expertly captures how Ma has created a world within a prison for her beloved son as well as how taxed she is from their captivity. If you can put this book down for more than a few moments, you have more self-restraint than us.

The Joy Luck Club may have made the book club rounds decades ago, but Amy Tan’s novel stands the test of time. It offers complex portrayals of four women who immigrated to San Francisco and their four daughters. While Tan has continued to explore the fraught mother-daughter relationships in newer books, The Joy Luck Club was one of the first novels written by an Asian American to achieve commercial and critical success in the American market.

Wild: From Lost to Found on the Pacific Coast Trail

Cheryl Strayed’s raw and gripping memoir details her 1,000-mile hike along the Pacific Coast Trail as a twenty-something grappling with the loss of her young mother and her challenging past. Although the entire book if filled with Strayed’s sharp-eyed observations of the terrain she is passing through and her troubled history, the most poignant and moving passages are reserved for the complicated relationship and enduring love she shared with her mother.

If you are a mother, a daughter, a sister, an aunt, or related to one (i.e. everybody on this planet), Girls & Sex should be required reading. Journalist Peggy Orenstein examines the world young women are growing up in today through interviews with high schoolers and college students as well as experts. Spoiler: It’s pretty scary out there, but acknowledging and understanding the reality for females is an important step in preparing and empowering them to negotiate this “complicated new landscape.”

Britt Bennett’s debut novel was published last fall, but it quickly became a bestseller and earned numerous accolades for its realistic, flawed characters. The coming-of-age story ties together the lives of three young people and follows their intertwining paths as they struggle with a family member’s suicide, abortion, love, motherhood, and dreams that change as they mature.

The Language of Flowers

After a childhood spent in the foster system, a young woman ages out of the system and finds work as a florist, using the Victorian meanings of flowers to connect with her customers. Her skills, which she learned during a prior pivotal stint in a foster home, bring her into contact with her past and threaten the solitude she believed was her lot in life. If you’ve ever considered gifting a book with a bouquet, The Language of Flowers is it.

A young family’s path is forever altered during a blizzard in 1964 when a physician is forced to deliver his own child and discovers that there are, in fact, twins, one of whom has Down Syndrome. Without telling his wife of their daughter’s existence, he sends the baby away to be institutionalized, tasking his nurse with the job. The nurse instead moves out of town and raises the child herself, while the rest of the family spends the next 25 years contending in individual ways with the father’s decision and secrets.

Ann Patchett has said that she keeps writing the same book over and over, but readers continue to flock to her beautifully drawn and realistic characters and plots that take them to locales both exotic and familiar, all with a keen eye. Run takes place in Boston with Patchett’s gorgeous, unfussy prose examining motherhood by birth and by adoption, race, and the concept of family. Patchett’s most recent novel, Commonwealth, also scrutinizes family tensions and relationships over the course of several decades.