How the Women’s March Sparked a Global Movement

Plus how you can join the revolution in 2018. 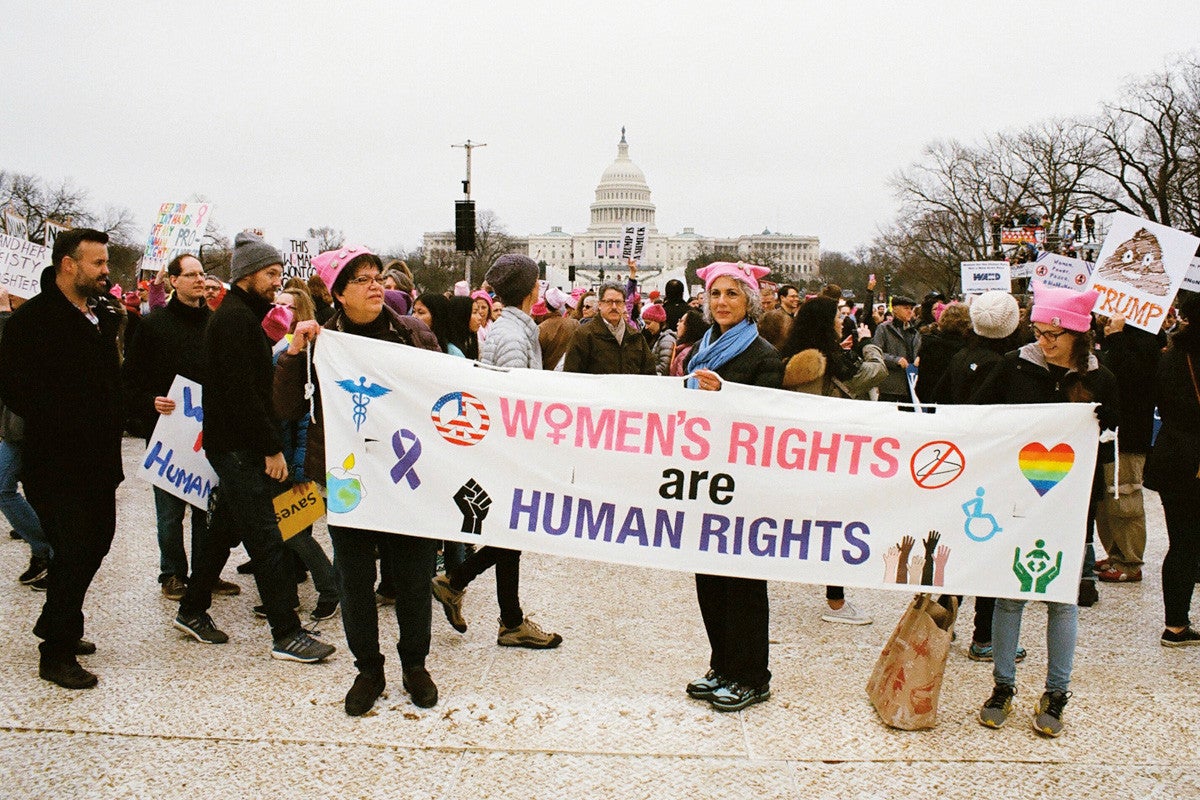 “We all thought that on January 22, we would return to the work we had been doing prior to the election. But obviously that’s not what happened,” says Sarah Sophie Flicker, a national organizer of the Women’s March, of the overwhelming outpouring that took place the day after the U.S. presidential inauguration in 2017. The event turned out to be the largest peaceful protest in history, with roughly 5 million people taking to the streets around the world.

To mark the ﬁrst-year anniversary, on January 21, the Women’s March is releasing Together We Rise. Acting as a blueprint to planning the movement, the book includes essays by activists and prominent supporters such as America Ferrera and Jill Soloway, along with photos snapped at international gatherings (cities on six continents participated that day).

With this in mind, proceeds from the book will go to three organizations that work closely with the Women’s March: The Gathering for Justice (challenges racial injustice within the criminal justice system), Indigenous Women Rising (protects rights for indigenous women), and SisterSong (works to ﬁght for reproductive justice). Looking forward, Carmen Perez, executive director of The Gathering for Justice, encourages volunteers to “be high impact and low ego. The way to succeed is having a leader-full movement.”

How You Can Join the Revolution

What are your strong skills and how can you apply those skills to the resistance? This is the question the Women’s March organizers ask of themselves and others.

There are age-appropriate ways to talk about politics, privilege, consent, and being an ally with your kids. Rallies, marches, and protests are a great way to engage young minds. Encourage them to ask their own questions.

Culture is powerful and can change policy. Make art that builds community and understanding.

For those with time to spare

Volunteer. Get involved in local politics; call your representatives. Even being vocal on social media is doing something. Your voice makes it easier for others to speak up.

Together We Rise (Dey Street Books) is out January 16.

This story originally appeared in the Winter 2017 issue with the headline The Path of Most Resistance.

See more ways to give back:

Giving Back: Breaking Global Boundaries Vacation With a Purpose at the Best Hotel in the World 3 Organizations That Prove Style Can Have a Social Impact