Vacation With a Purpose at the Best Hotel in the World

Nihiwatu Resort in Indonesia is not your typical beach vacation. 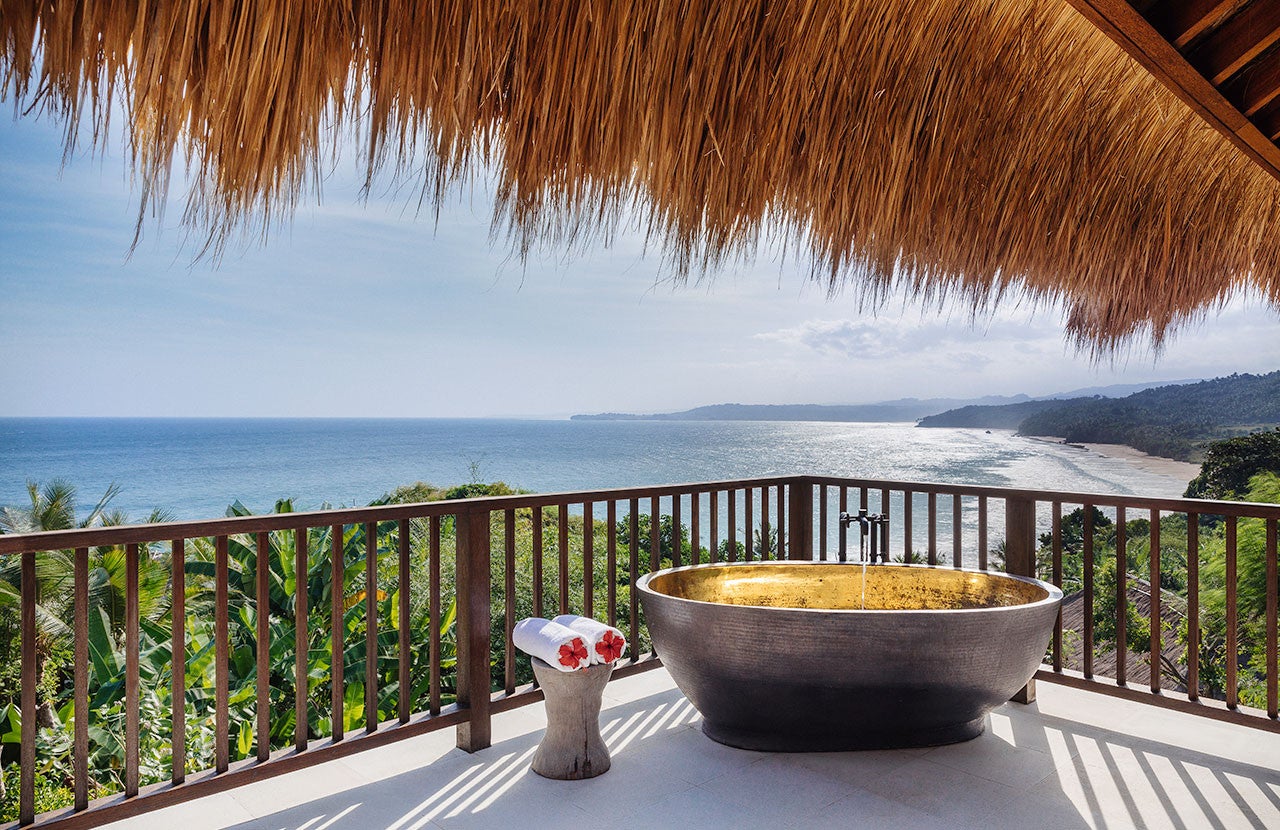 Nihiwatu Resort on Sumba Island in Indonesia has been voted the best hotel in the world, but it’s so much more than a luxury beach retreat. Thanks to a partnership with the Sumba Foundation, a nonprofit supporting local initiatives, anyone staying at the resort can connect with the local community in different ways: visiting health clinics, serving school lunch, distributing supplies, or even teaching English

Not your typical beach vacation, and that’s what entrepreneur Chris Burch envisioned when he opened the property in 2015 (he bought the property in 2012, and subsequently invested $30 million to turn it into the five-star resort it is today). Nihiwatu is the largest employer on the island, and a portion of all profits go directly to the Sumba Foundation.

“The organization is inspiring,” says Izzie Burch, Chris Burch’s daughter, who regularly travels to the island to relax and volunteer. “It’s rare for travelers to have the opportunity to actively engage the native community during a modern, restful vacation.” On a recent visit, she spent her mornings learning how to surf, and her afternoons teaching English to local children.

In a simple stucco-walled room, Burch led a class full of 6- to 10-year-olds, using art, body language, and song to teach them the alphabet and beginner words. The students were rapt, foregoing their seats to stand close to the chalkboard as she drew a picture of a boat and had them sound it out in English. “The kids were bright, eager and visual,” Burch says. “They took the experience and ran with it.” Literally. During recess, she taught them verbs: run, jump, play, and laugh.

Now back home, Izzie is harnessing her creative talents to produce a film and bring broader awareness to the foundation and Sumba culture.

This all adds up to a destination with built-in meaning, where a trip can benefit the community on many levels. It’s a new kind of getaway manifesto: go global, think local.

Read more about giving back:

3 Organizations That Prove Style Can Have a Social Impact Giving Back: Breaking Global Boundaries 13 Beauty Brands That Give Back