How Domino’s Community Is Celebrating Pride This Year

It may look different, but it’s as important as ever. 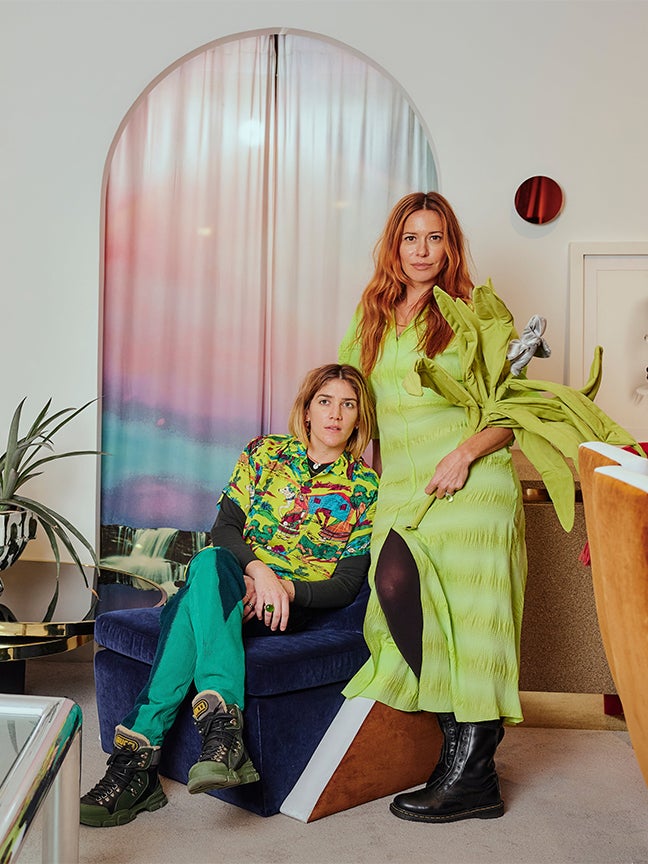 June is Pride month, a time to celebrate the LGBTQ+ community in honor of the 1969 Stonewall riots. But this year, on the heels of weeks of nationwide protests over racial injustice, police brutality, and the recent killings of multiple Black transgender people, things are undeniably different—and everyone is adjusting accordingly.

“My creativity is my gayest and most powerful tool; so this Pride I turn to art as I stand in solidarity with Black Lives Matter,” says designer Mat Sanders. He’s crafting painted signs to bring to the protests, a project he says both connects him to his community’s fight for equality and helps him meditate on ways he himself can be a better ally. “My hope is that my signs will stand out and inspire others to join the universal mission of basic human rights for all,” he explains.

This year is the 50th anniversary of New York City’s Pride March. To commemorate it, NYC Pride will be hosting a two-hour broadcast on June 28 on ABC for those who cannot gather together. Expect performances by Janelle Monáe and Billy Porter, an homage to front-line workers and community leaders, and more. “As long as I can remember, I’ve always attended the parades, standing hand in hand with my husband, Dewey, to celebrate with those closest to us,” says designer and Queer Eye host Bobby Berk. This year he’ll be marking the occasion at home, taking a moment to connect with friends and privately reflect on the movement’s roots. Domino’s studio manager and chief client officer, Brooks Corrigan and Jeremy Jankowski, are also making it an at-home event, reading more about their LGBTQ+ history and potentially planning a social-distanced get-together with their rooftop neighbors. “We owe so much to the Black trans community for throwing the first brick at Stonewall, something we both feel has not received the recognition it should have as the years have passed,” they say.

Designer Brady Tolbert agrees. “It’s a humbling time to be alive and to be able to offer my voice not only as an ally to the Black community, but as someone who stands in gratitude for everything that they did for the LGBTQ+ community,” he says.

Fabiana Faria and Helena Barquet, the duo behind NYC concept shop Coming Soon, are focused on supporting local LGBTQ+ businesses. “We plan on highlighting brands like Fredericks and Mae, whom we carry, and Otherwild, where we always get our Pride swag from,” they say. “We’ll treat ourselves with candles from our neighbors at Aedes Perfumery, flowers from Putnam & Putnam, and brunch from Cowgirl.”

If you want to take a similar path and pay tribute to Pride by using your wallet, donations are a direct way to show your support: G.L.I.T.S, a grassroots organization, is currently dedicating its proceeds to housing Black trans people in NYC; the LGBTQ Freedom Fund aims to secure the safety of low-income incarcerated individuals; and The Okra Project is working to bring Black transgender people healthy, home-cooked meals. “This year we will be celebrating a little differently,” Berk admits, “but the true meaning of Pride rings even stronger.”