Here’s How to Create a Perfect July 4th Beach Cookout

Plus recipes and tips for building your bonfire. 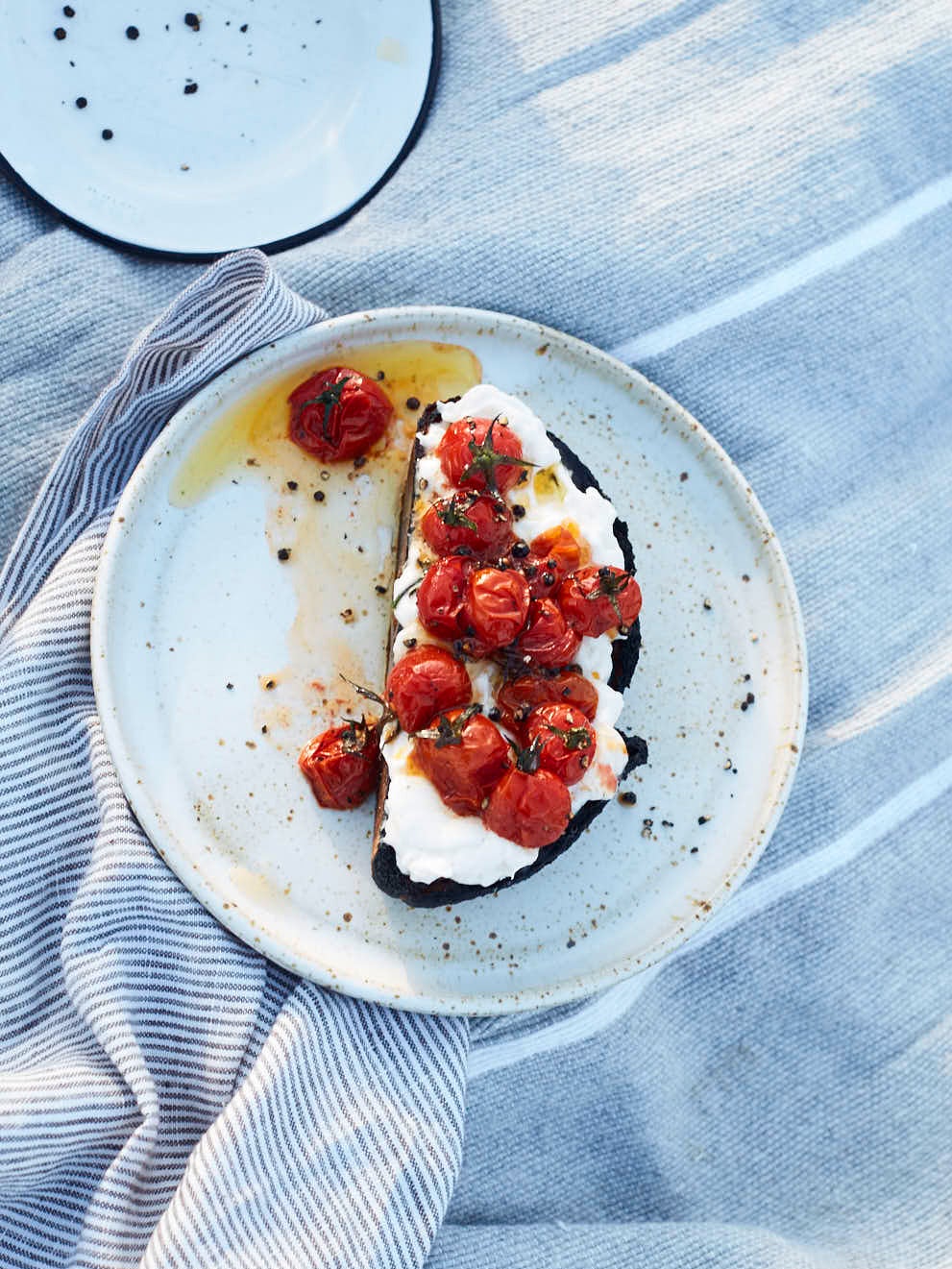 There’s no better way to spend Fourth of July than on the beach, sparklers in hand and eating good food with a small group of family and friends. But a mood board–worthy bonfire is much easier imagined than realized, and you might be tempted to give up before you hit the sand. Luckily, food and prop stylist Ryan Reineck has you covered with tips he picked up on an epic seaside picnic a few summers back.

“Prep is everything when you’re cooking on the beach,” says Reineck. “The extra hour at home will save you stress when you should be drinking wine, not chopping parsley on a cutting board balanced on a piece of driftwood.” Whether you’re planning an East or West Coast shindig (like the one Reineck set up with friends on Limantour Beach, just north of San Francisco), pick a spot that feels remote but isn’t too far from the parking lot. Factor in how much gear and groceries you have to carry and all the firewood you need to make the cookout a roaring success. Once you hit the sand, get your fire going right away. Reineck and crew, which included General Store manager Sara Davis and Øgaard creative director Tessa Watson, opted for simple, prep-ahead dishes that kept the ingredients list short and the flavors bold. Think: grilled bread with burrata and cherry tomatoes cooked in a cast-iron skillet, followed by butter and herb mussels and a s’mores-inspired cocktail. Because you’re not having a bonfire without roasting some marshmallows.

How to Build a Bonfire

Bring plenty of newspaper and kindling, as well as a long lighter that won’t blow out in the wind. Also, check which beaches allow for open fires and get a permit if necessary. Then follow these five steps:

Mussels by the Sea

At home, slice up 4 cloves of garlic and coarsely chop 1 small bunch of washed parsley. Cut half a stick of butter into ½-tablespoon slices. Clean 4 pounds of mussels, cutting away the beards and removing any sand or seaweed. Pack up everything in a cooler, along with a bottle of white wine, 2 teaspoons dried chili flakes, and plenty of coarse salt. At the beach, heat some olive oil in a Dutch oven that’s suspended over the open fire. Add the garlic and chili flakes, stirring until the garlic sizzles. Throw in half the parsley and cook until wilted. Pour in the bottle of wine and a few large pinches of salt, and bring to a boil. Carefully drop in the mussels and scatter the pats of butter and remaining parsley on top, then cover the pot. Depending on the intensity of your fire and the size of the mussels, the shells could take from 5 to 8 minutes to fully open, so check intermittently. When ready, ladle the mussels and broth into bowls.

For a twist on an ice bucket, chill your wine in a cooler in the car, then tote your bottles to the beach in a lightweight wire basket, which allows water to drain. Another trick: Use a trowel to dig a hole in the sand, fill it with ice, and pop in your wine to keep it cool.

Fill a cast-iron skillet with cherry tomatoes, add olive oil and salt, and cook until they turn bright red and begin to release their juices. While the tomatoes simmer, drizzle olive oil over thick slices of bread, spear onto a stick, and toast directly over the fire. (Reineck recommends precutting a loaf before you hit the road.) Spoon burrata onto the toast, followed by the tomatoes, and sprinkle salt and coarse black pepper on top.

Fill the bottom of a moka pot with espresso and water. Break up a bar of chocolate into squares and place in individual glasses (enamel mugs also work well). After dinner, place the moka pot directly on the fire’s embers. While the coffee brews, toast marshmallows over the fire. Pour the hot coffee in the glasses over the chocolate, which will begin to melt. Top with a splash of rye or whiskey and the melted marshmallows for a grown-up twist on a camp favorite.