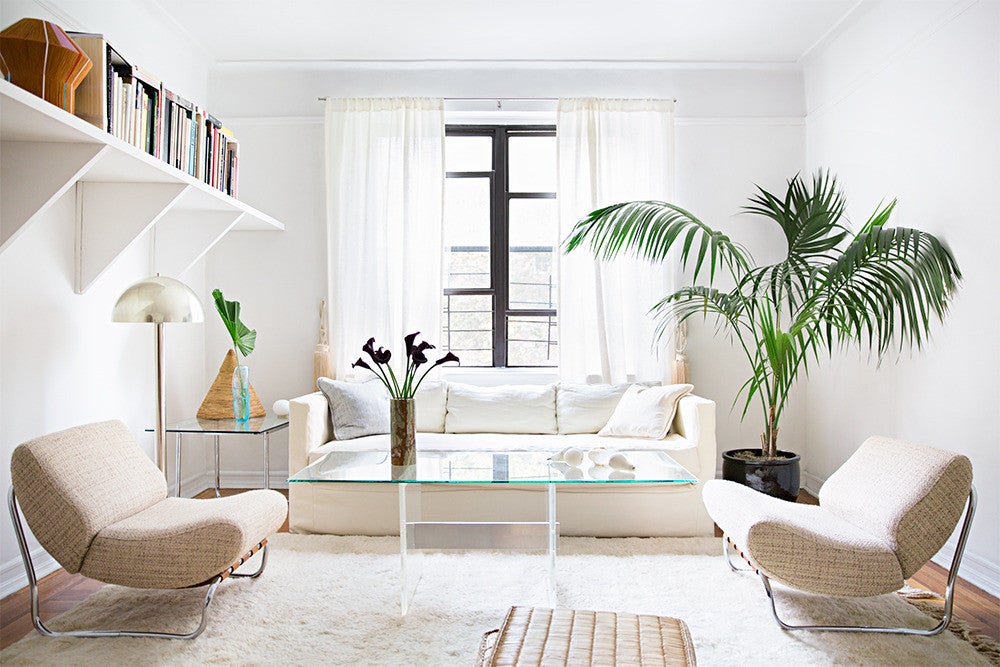 “I’m drawn to items that evoke timelessness and quality,” fashion designer Maryam Nassirzadeh says, describing the possessions that decorate her family’s Manhattan home. She and her husband, Uday Kak, originally purchased this East Village apartment (located just steps from her retail clothing shop) in 2009, just before the birth of Anais, her eldest daughter.

During the past six years, they’ve moved to Los Angeles twice. Both times, however, the family has returned, finding the pull of New York—and of this charming 1940s apartment—too strong to resist. “We feel a real connection with our home,” Nassirzadeh explains. “It feels good to raise my daughters in a place where we have a little bit of history.”

Nassirzadeh sought to apply her own personal style, which veers naturally toward minimalism, to her interiors. She got some help from designer Sophie Buhai, in paring down her furnishings to absolute essentials, as well as in creating some space-savvy furniture arrangements. “Sophie has the most exquisite taste,” Nassirzadeh says. “Working together was so inspirational.” After opting for all-white walls and neutral upholstery fabrics, the pair relied on organic textiles and natural accents—such as fur rugs, marble tables, and greenery—to enliven and energize the home. “It now feels so casual and clean,” Nassirzadeh says, “with a breezy atmosphere.”

Nassirzadeh at play with daughters Lune and Anais.

In the girls’ room, one-of-a-kind textiles, handmade crafts, and colorful artwork mingle comfortably among toys and books in a vintage mail sorter.

My bedroom is my retreat in the midst of the downtown noise and chaos.

Nassirzadeh discovered the hammock that hangs above her bed on a trip to Tulum, Mexico. Woven by local artisans from native sansevieria plants, it contributes to the room’s understated air of drama.