This Couple Skipped the Cake, But Their L.A. Wedding Was Still Epic

“We were hosting the dinner party of our lives.” 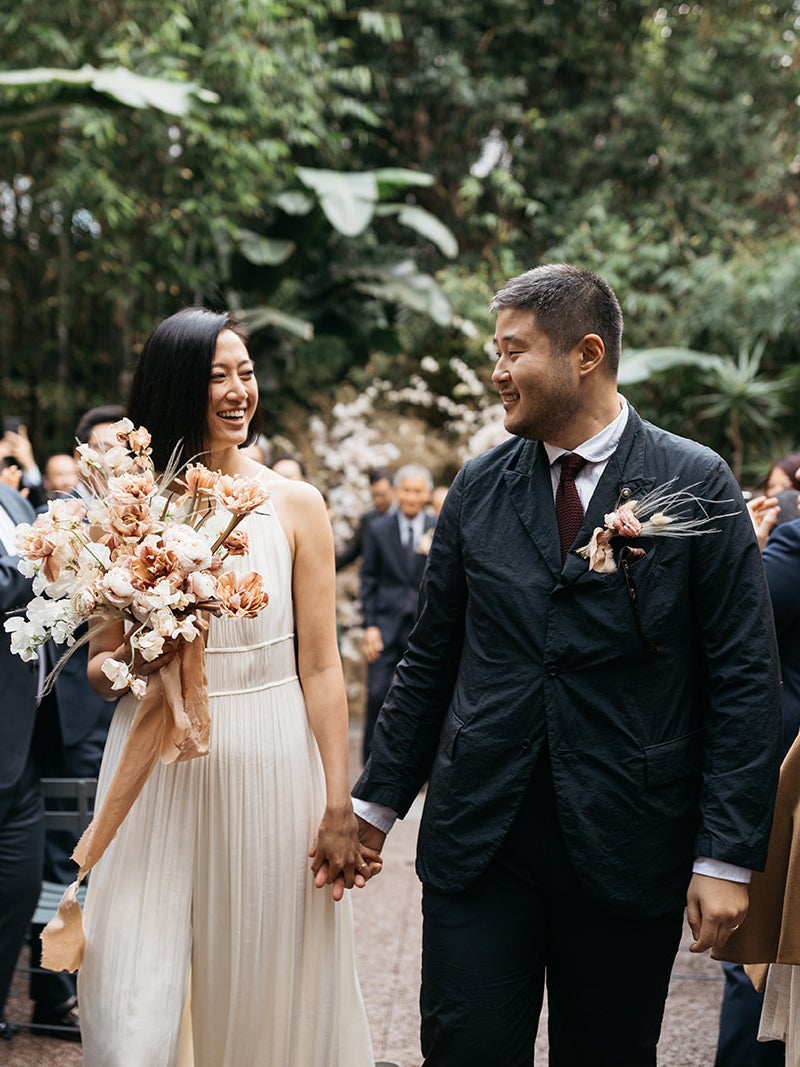 Eunice and Sae Whan Song had their hearts set on just one venue from the start. Booking Millwick, in downtown Los Angeles, for their wedding this past February was a no-brainer: It was down the street from their home in the Arts District and could comfortably hold their 135 guests. What their day would entail was equally clear—and perhaps just as unique as the 80-year-old warehouse–turned–event space setting. The couple’s approach was to keep it completely comfortable (and fun!) for both themselves and their guests. Nothing forced or for the sake of checking boxes. For one, they arrived on foot together, snapping pictures with their photographer, Lifestories, along the way.

Food, drink, and design were the priorities. Eunice, who works in fashion, used Pinterest to create a mood board that conveyed the natural-meets-industrial vibe they were after, and whenever the duo made a decision, from their attire to the linen rentals, it got an update. Working with Gatherist and Hart Floral, they designed high-impact installations of blossoming branches, dried elements, and fresh flowers to soften up the space’s courtyard, and created a reception setup that was made up entirely of white, ivory, taupe, and copper.

Ultimately, Eunice and Sae considered each element of a traditional wedding and did away with any expectations that didn’t sit well with them—here’s what made the cut.

Outfits They Felt Themselves In

Never totally comfortable in dresses, Eunice always had a sense she’d wear a jumpsuit when she got married. A Google search led her to one from Halston Heritage that was not only the right shape, color, and material, but also on sale for around $250. She paired it with a Lauren Manoogian cardigan and Malone Souliers shoes, and to be sure she looked and felt herself entirely, did her own makeup. Sae donned a suit from the Japanese brand Teatora, with a burgundy knit tie, Alden loafers sans socks, a vintage Cartier watch, and his sunglasses tucked into his jacket pocket. 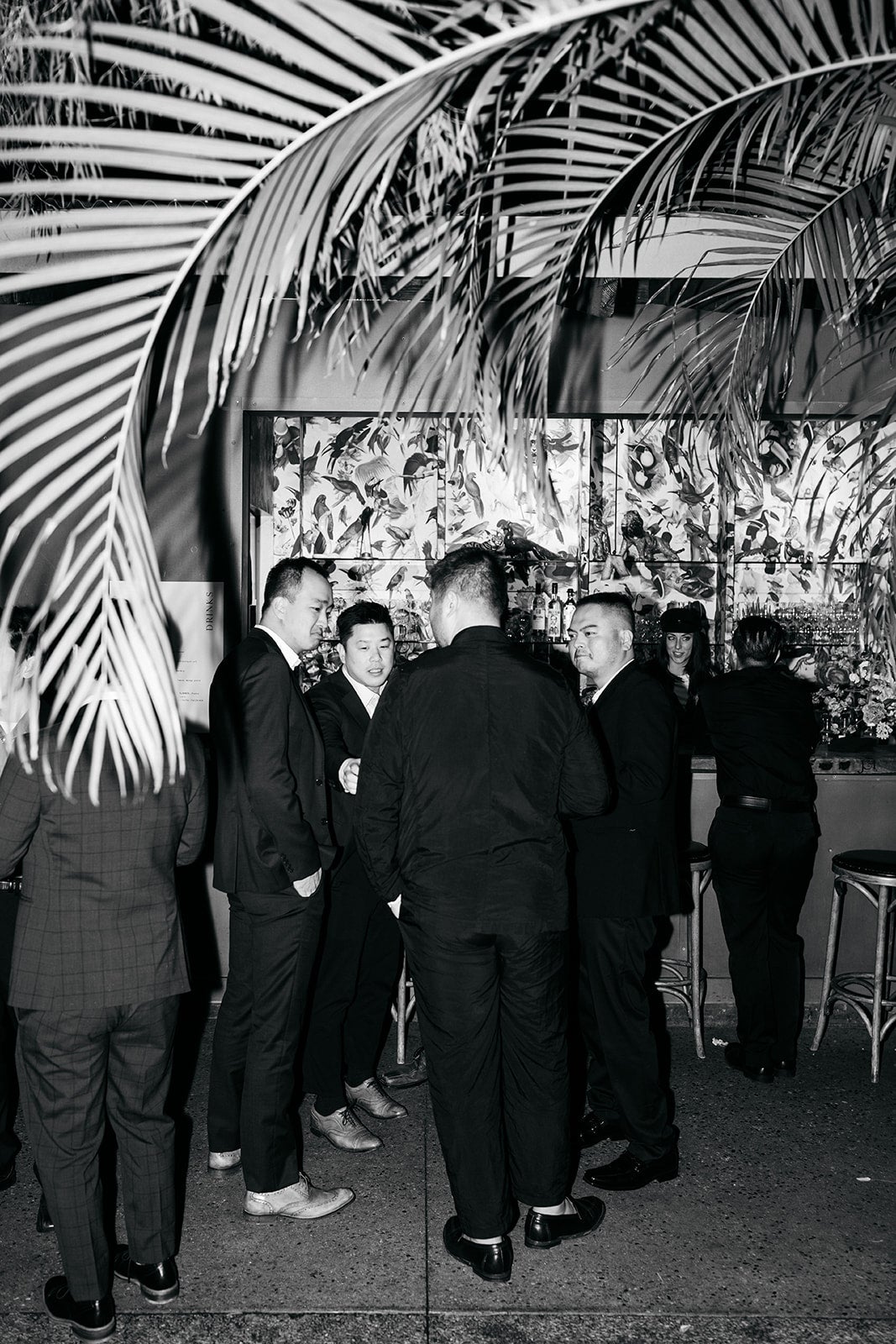 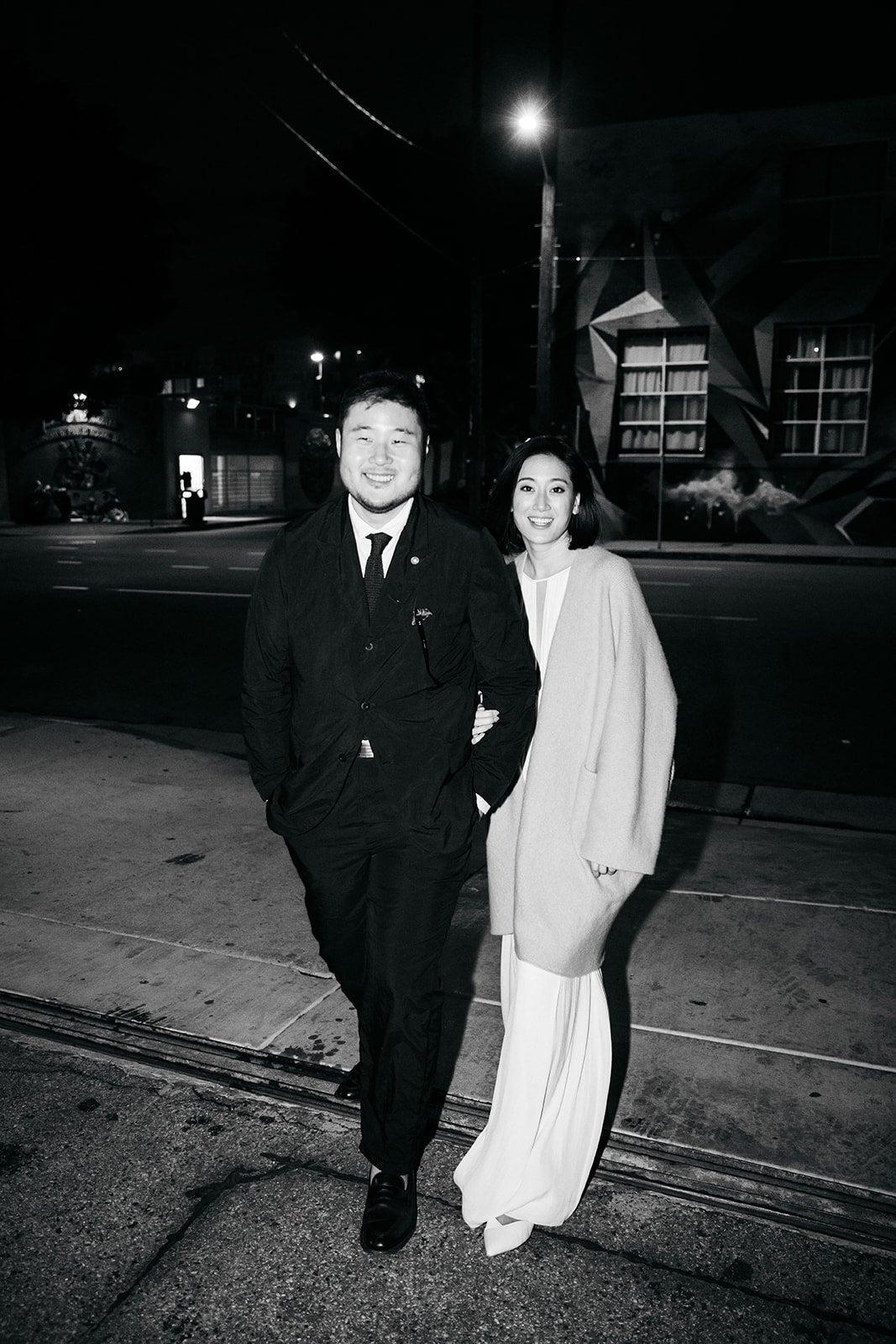 Catching Up With Friends

Eunice and Sae agreed that dancing wasn’t going to be part of the reception—she’s an introvert and wasn’t about to be forced to whirl around. Music was still played to create a festive atmosphere, and great times instead centered on conversation, delicious food, and craft cocktails from Mama’s Medicine. “Our mentality was that we were hosting the dinner party of our lives, not necessarily a wedding,” says Eunice.

Their Heritage Front and Center

The couple’s Refine Studio invites, which included a Korean version printed on a vellum overlay, served as the introduction to the blend of customs and traditions their wedding had in store. “We wanted to highlight all of our personal cultural influences, from Korean and Japanese to American and Mexican,” explains Eunice.

Since they listen to mariachi music when they do taco night at home, Sae planned an unexpected mariachi moment for the cocktail hour. During dinner, the soundtrack turned Brazilian thanks to a bossa nova trio, whose guitarist played a traditional Korean song for the ceremony processional hours earlier (and “Moon River” for the bride’s entrance).

Dinner and Dessert—With a Twist

“We didn’t want to halt all conversation for everyone to watch us cut the cake,” says Eunice. “Also, wedding cakes are not at the top of my list of sweets I want to eat. So we opted for a dessert course to go with the meal instead.”

One of the bride and groom’s last tasks was figuring out the dinner menu. Sae was determined to not use a typical wedding caterer. After some digging, he found Dandi, an elevated Korean pop-up restaurant. The couple went to a tasting and was blown away by the flavors and sophisticated yet nostalgic approach. At the end of it all, the newlyweds walked hand in hand back home, bellies full and all smiles.