Tweaking a few partitions changed everything. 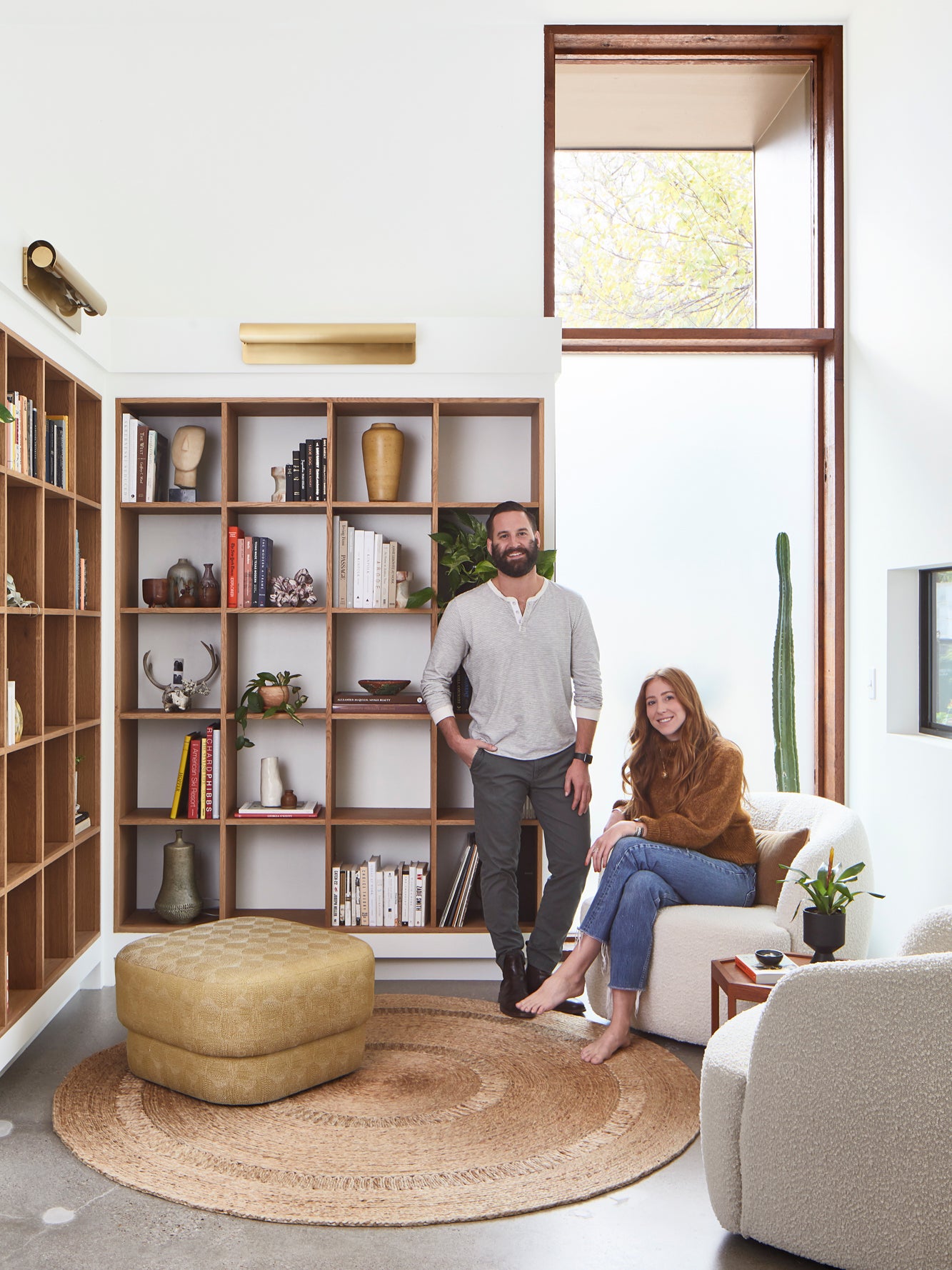 Jenn Perron bought her dream Austin home sight unseen. She and her fiancé, Andy Josuweit, had already toured more than 40 listings in the Eastside neighborhood and were on the verge of settling for a property that they knew wasn’t “the one,” when a charming contemporary cottage came on the market and they immediately fell in love. Perron was away on business, so Josuweit rushed to the open house and made an offer straightaway.

But behind the cheery yellow front door and architectural openings that let natural light stream in, the space had a few issues they couldn’t have predicted, even if they had properly toured the home before buying: The master bedroom was a complete gut job, a few windows that were made out of corrugated plastic were beginning to yellow and leak, and the open floor plan lacked the storage the couple needed. They knew they had to call in help.

Enter: interior designer Amity Worrel. “The house was built by an architecture student shortly after he graduated,” Worrel explains. “And as construction began, we realized that he had made many decisions based on budget and inexperience, which we had to correct.” After devoting large chunks of the budget to addressing invisible issues, she focused her efforts on high-impact changes that would be both functional and visually striking for the young couple.

They Made Space for an Entryway

The old layout had a long wall facing the front door, which created an awkward unused area in the front that cramped the living room. Instead, Worrel suggested pivoting the wall 90 degrees to add an entryway and a separate library. “We wanted to give them a place to hang coats and set a bag,” says Worrel. On one side, the designer installed a long bench with shoe cupboards and Muuto hooks for coats and hats.

And Gained a Library in the Process

On the other side, she created an L-shaped wood bookcase and finished it off with modern brass picture lights. “This gave us two spaces that we use daily, from one that previously wasn’t used at all,” says Perron, who now loves to sit in the nook with Josuweit to work or read. “I love being surrounded by our collection of beautiful art and travel books,” she adds. “And the light here is the best!”

They Made the Most of an Existing Partition

Another divider initially separated the living and dining areas, which Worrel kept but widened and deepened to add storage. She covered both sides with white oak paneling to warm up the space. On one side, a recessed TV now hangs above touch-latch doors that hide electronics and line up with the wood planks so perfectly that they virtually disappear. The flip side is home to a wine fridge and bar.

They Finished It Off With Local Art

But the best part of the dining area is hidden behind the bar, where the couple commissioned local artist Emily Eisenhart to paint a colorful mural. “We first considered wallpaper, but then thought it would be so special to incorporate Emily’s work,” says Perron, who loves discovering and supporting Austin makers. They continued the artwork into the powder room, where the same vivid motifs line the walls.

To complement the peekaboo bar moment, Perron ordered a custom piece by another Austin creative, Tom Jean Webb, who was inspired by the story of a trip the couple took to Georgia O’Keeffe’s home in Abiquiú, New Mexico. The house may not have been perfect the first time around, but after collective efforts from talented neighbors, it’s easy to see why they made all the right choices.