Meet the mini designers behind this new collection. 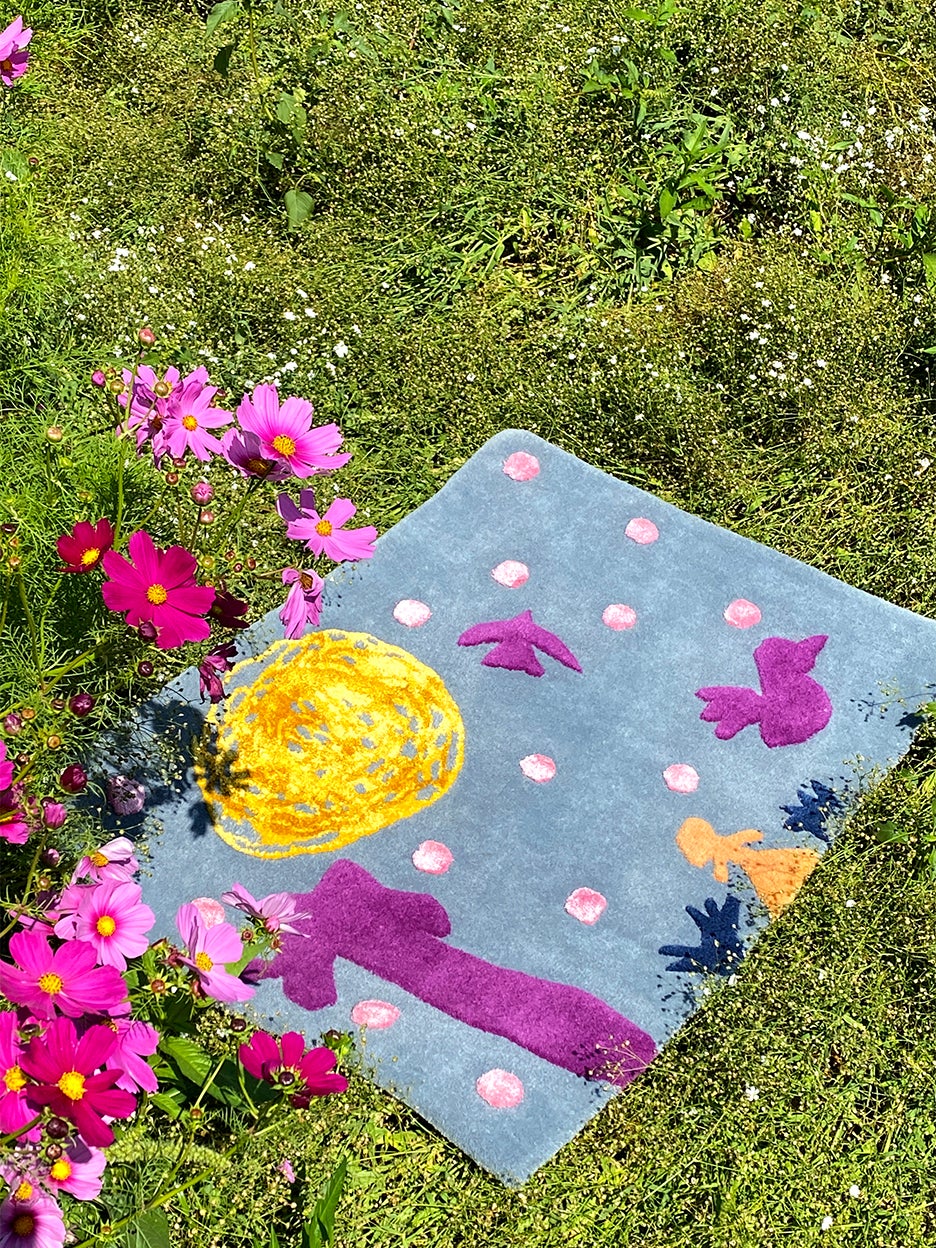 Kids tend not to overthink things, which is a good reason to ask one to help design your home. Exhibit A: Alex Proba’s latest rug collection. The artist tasked children with helping create an assortment of 20 mats. The mini designers made imaginative collages on paper; Proba translated their visions to luxe piles. “They’re on a mission,” she says of her helpers. “They put shapes wherever they want, and they don’t ask if it’s the right choice or not.”

The idea for Little Proba Rugs (launched today) was planted pre-quarantine. Proba hosted an art workshop where she presented a group of 14 children (ranging in ages 4 to 10) with a book called Matisse’s Garden to get them thinking abstractly, as well as one of her own rug designs, so they knew what their collages would eventually become. She handed them construction paper, scissors, and glue and let them get to work. Recently, she put a second callout on social media for additional submissions and chose six more designs to add to the line. “Even without telling them, many of the kids went out of the box—literally,” says Proba. Some of the rugs feature animal-like illustrations; others have flowers or wings that extend beyond the rectangle’s edge.

Proba kept almost 100 percent of the original details and brought their craft projects to life—now you can put one in your home. The rugs range from $425 for a 2-by-3 size to $2,200 for a 5-by-8. All proceeds will go toward Save the Children and the Young Center for Children’s Immigrant Rights. A few of our favorite designs, below, will have you feeling like a kid at heart.

One of Proba’s personal favorites is this happy goat. Ada got the same brief as everyone else to create something abstract, but she still decided to do her own thing. “That’s true kids’ art—just doing what you really love,” says Proba. Ada’s favorite part about the design: “The big, smiling mouth,” she says.

Kamden’s picturesque rendition of a landscape is like a painting for your floor. “I was imagining a rug maker surrounded by birds,” he says. “My favorite part is the girl in the grass.”

Any areas on the collage that were made out of regular construction paper Proba translated into wool. As for the glittery spots? Those became silk.

No need to clean or treat the giant, wave-like shape that extends off this mat any differently than a normal rectangular rug.

The One That’s Covered in Cutouts

Look closely at these abstract shapes and you’ll see a guitar and music notes, as the artist, who has an eye for overlapping graphics, intended. “I love where the pink strips overlap the purple shape,” says Aziz.

Ella, the daughter of one of Proba’s good friends, was actually the one who suggested to Proba that she show Matisse’s book to kids for inspiration. The painter’s influence is clearly not lost on her by the look of this creation, but Ella infused the piece with her own story, too. “I did the apple because it reminds me of New York,” she shares.

The One That’ll Transport You

This little maker clearly has a thing for texture. Ivy cut and layered multiple pieces of construction paper and frayed up the ends to create an imperfect shape. “When I was making this, I thought about the ocean and a tiny bit about mythology,” says the artist, noting that the pink, black, and orange parts are meant to be mermaids. “The little palm tree is beautiful and tropical. I like looking at that because it takes me on a vacation.”