How Do You Turn a Tarot Card Reading Into a Rug?

A Busy Philipps–approved artist looks to the deck. 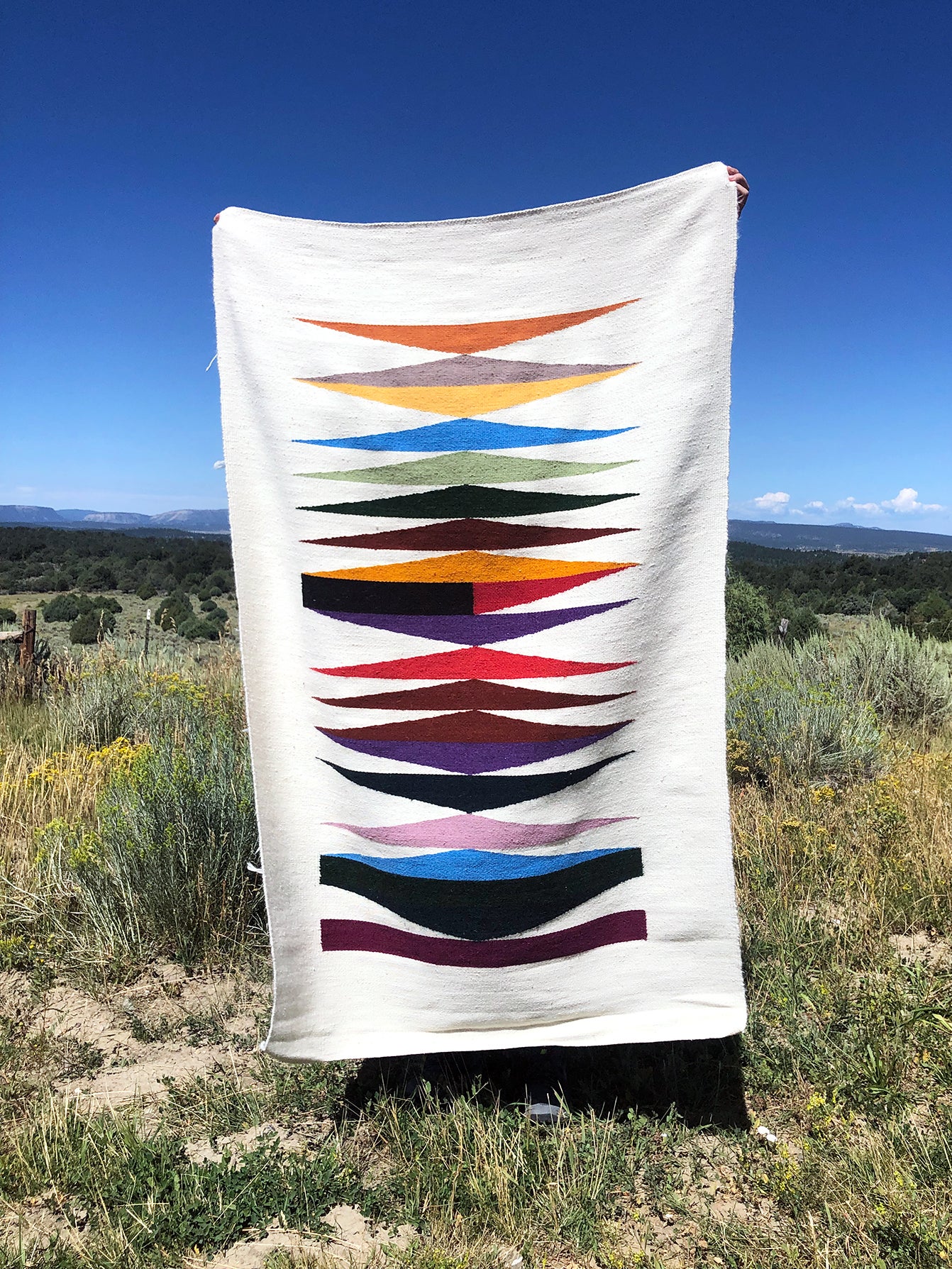 Darcie Shively loved braiding friendship bracelets as a kid. Now she’s made a career out of creating the grown-up version: intricate, personal rugs and tapestries that use colors and patterns inspired by metaphysical practices like tarot cards, astrology, and Magic 8-Balls.

Busy Philipps recently received one of her weavings as a 40th birthday present (from one of Philipps’s childhood best friends, a former coworker of Shively’s) and shared it with her 1.9 million Instagram followers. Now Shively better get weaving!

The August day Philipps posted her rug, Shively was enjoying the first morning of vacation. “I woke up to my Instagram on fire, but had a great day on the beach, too,” she says. “Busy, as you can tell, is someone who supports the people around her.”

Shively hadn’t always worked with her hands. Years ago, after giving up the go-go-go stress of a career in advertising in L.A., she moved to Boulder, Colorado, breathed in that calming mountain air, and thought, Now what? For the first time in who knows how long Shively found herself with free time, and so she started a project called 52 to Do: Each week, for a year, she learned something new. “The one thing that I wanted to do, but didn’t have time to do in a week, was weaving,” she says.

Once she got to it, she added in the elements of tarot, Magic 8-Balls, and more, resulting in some bonus benefits. “I spent the first 40 years of my life in a seeking mind-set and trying to find the answers to the big questions in life,” Shively adds. “These weavings have now become a way for me to not need to know, to stop seeking, and to just enjoy living.”

So how does a tarot reading translate into a weaving design? Just like the cards themselves, it’s up for interpretation. For a 10-card reading, Shively assigns shapes and colors that signify the position of the cards. Some clients request she pull the cards, while others do it themselves or use a previous tarot reading. For a Magic 8-Ball–inspired design, she creates a key of colors, then weaves triangles facing upward for positive responses and downward for negative responses, and rectangles for neutral.

Her interest in the metaphysical world was inspired by her grandmother, whose parents emigrated from Romania—she was superstitious “in an old-world kind of way,” says Shively. While the artist doesn’t necessarily consult tarot cards or Magic 8-Balls to figure out her own life, she thinks it’s a fun way to admit the universe knows more than you do.

What she’s weaving is working. Get this: Shively doesn’t even have a website yet. Who has the time? There’s birth charts to interpret, wool to dye, and mountains to climb. Try your luck nabbing one of her slots for three or so commissioned weavings a month by messaging her on Instagram.

See more: I Don’t Believe in Crystals—So Why Can’t I Stop Buying Them? Should You Add Crystals to Your Post-Kondo’d Home? How to Give Your Space Good Vibes, According to an Energy Healer