I Don’t Believe in Crystals—So Why Can’t I Stop Buying Them?

On placing hope in shiny things. 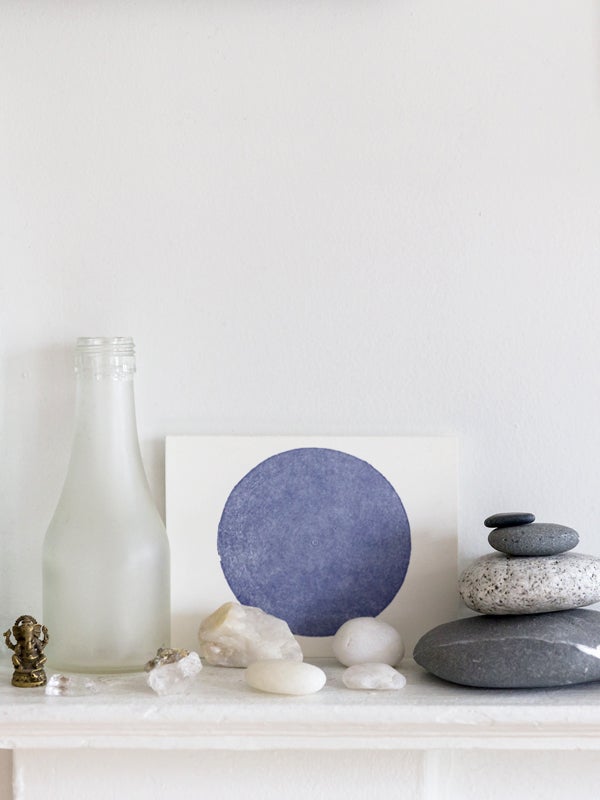 I don’t believe in crystals, but for three years in college, I wore a black tourmaline ring because I had heard somewhere that it helped repel negative energy. When I went to Iceland at 21 (my first overseas, out-of-the-country trip), I wandered into a tiny metaphysical shop by myself and picked up a selenite wand. On a mother-daughter excusion to Salem, Massachusetts, two years ago, we each filled small velvet bags with quartz, citrine, moonstone, and pyrite to take home. On my dresser, I have three different trays on which the stones sit.

I’m not sure they’ve kept their rumored promise to change my life—bringing love, wealth, success, or wisdom—but then again, who am I to say they haven’t? These crystals have been in my apartment, and in my life, for so long now that I can’t empirically judge if things would be any different without them. So I keep buying them, just in case.

I see the recent crystal boom as an offshoot of the wellness and self-care movements; it hovers in the same sphere as astrology, witchcraft, and even something as simple as millennials’ and Gen-Z’s growing love of houseplants. Crystals, after all, are the perfect bridge between the natural world and the supernatural; we have found them in the earth (though not always ethically or sustainably, as The New Republic reported last year) and imbued them with symbolism (admittedly, as author Jaya Saxena pointed out in The New Yorker recently, sometimes flattening out their indigenous and mythological tradition into something deeply Goop-ified).

There are plenty of experts who can tell you which crystals to place in your home and what they can do for you (I’ve even interviewed several of them), but the route I’ve taken with my personal collection is something closer to casual curation than prescription. I bought a piece of aventurine because I liked how its soft green hue resembled a piece of sea glass and its shiny, pointed surface seemed like something I might find in Queen Beryl’s lair in Sailor Moon, amid the surrounding stalagmites and stalactites. It also, allegedly, can increase my abundance, but this is information I tucked away in a back corner of my mind.

In childhood and early adolescence, I may have had a moment when I imagined that the possession of an energetically imbued object might cause an event that could only be described as mystical to happen. Now I don’t expect these kinds of phenomena—I need a cause-and-effect I can see. Not that I can’t still use a little bit of luck from time to time. That’s why, even if I might not be convinced that hunk of rose quartz will bring love into my life, I keep it in position, nestled with some amethyst and clear quartz on a dish amid my fragrances. I have a streak of superstition, which, coupled with a desire to make my home as comforting and inviting as possible, has given the crystals a different kind of power—one that’s not inherent but rather bestowed on them by my own thoughts.

In filling my space with the geological findings that have formed as a result of atoms coming together in a particularly beautiful way, I’ve found a connection, however one-sided it may be, with something that feels grounded in the history of the planet, something more meaningful than simple aesthetics. My crystal collection may not be magical—but it brings me something that feels a bit like hope.

See more: Should You Add Crystals to Your Post-Kondo’d Home? How to Give Your Space Good Vibes, According to an Energy Healer How to Get the Good Vibes Flowing in Your Home 24-7