This Ever-Popular Kitchen Layout Is Back (Again)

But not how you think. 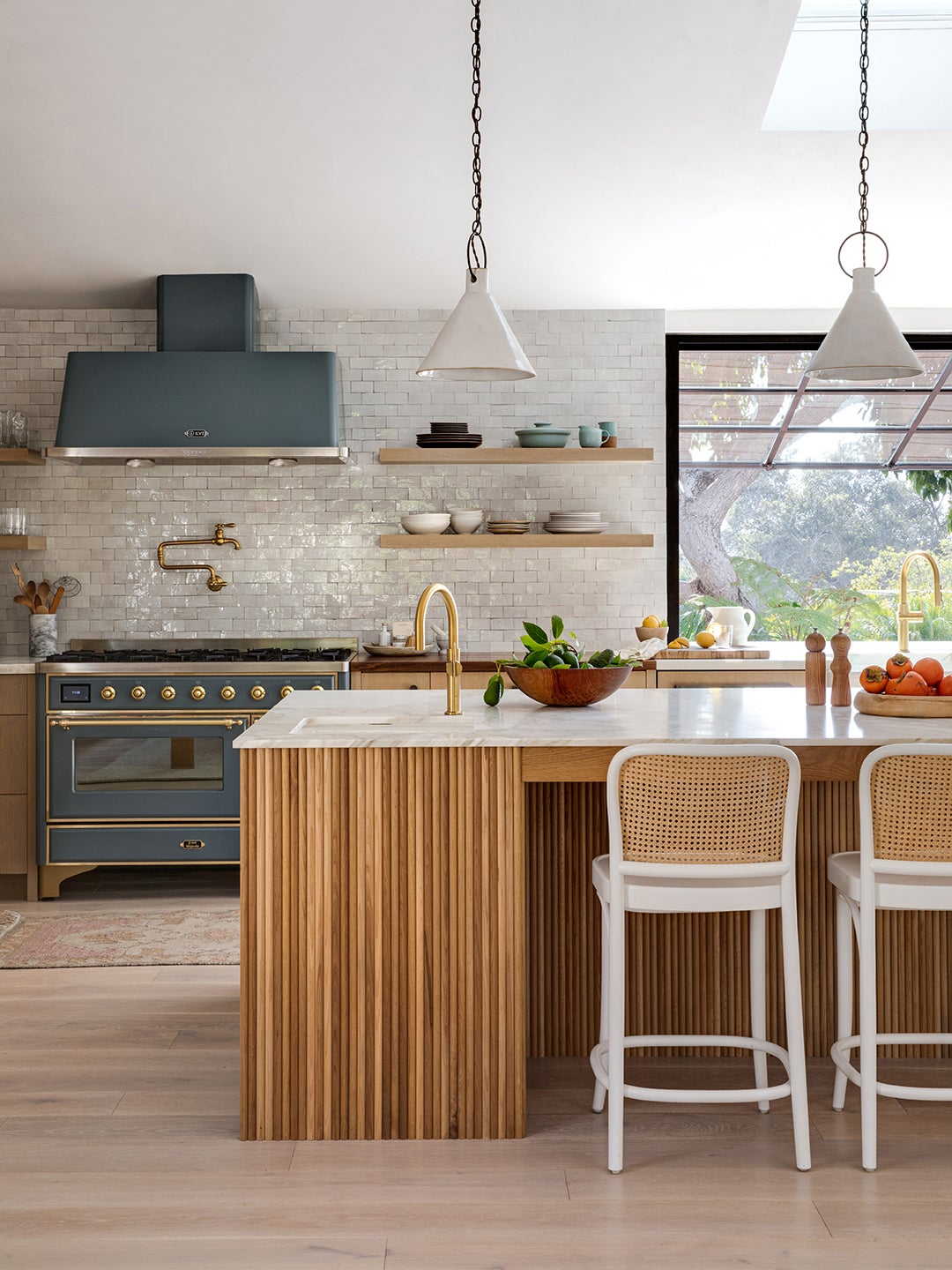 While the ubiquitous open-concept layout took a brief hiatus during the pandemic, it’s gaining steam (again), but not in the way you think. According to a 2023 kitchen trends study from Houzz, open floor plans are on the rise, with 40 percent of homeowners choosing this option for their homes, but people aren’t stopping at knocking down interior walls. Twenty percent of renovators are making their kitchens open concept by transitioning them to the outdoors rather than just the dining or living room.

The survey revealed the most common way to do so is by adding a row of two or more doors leading to the exterior (46 percent of those making the upgrade suggested this). Single doors were the second most popular solution (29 percent), followed by pass-through windows (14 percent). Ahead, find a few of our favorite examples of kitchens that expand to the backyard and beyond.

Slide Your Way Outside

In just two steps, this already spacious kitchen, designed by Jessica Risko Smith, seamlessly transforms into a double cooking zone. When pushed aside, the accordion-style windows and doors create a breezy passageway to the adjacent grill and alfresco dining space.

Almost every room in Brian and Jessie De Lowe’s Montecito, California, home offers access to nature, but the kitchen has two options to do so. First, a massive garage-door window opens up to bar seating, but there’s also a sliding glass partition right next to it (both are by Architectural Ironworks) that leads to the patio.

Make a Pass for It

This made-for-baking getaway in Palm Springs was handpicked by the team at New York Times Cooking specifically for its kitchen layout. The room seamlessly flows from the prep space to the pool area by way of a concession-style window over the sink. Thanks to an eat-in bar on the other side, Genevieve Ko, NYT Cooking’s deputy editor, notes, “It’s one of our team’s favorite cookie nooks in the house.”