Here’s how to keep the best of both worlds. 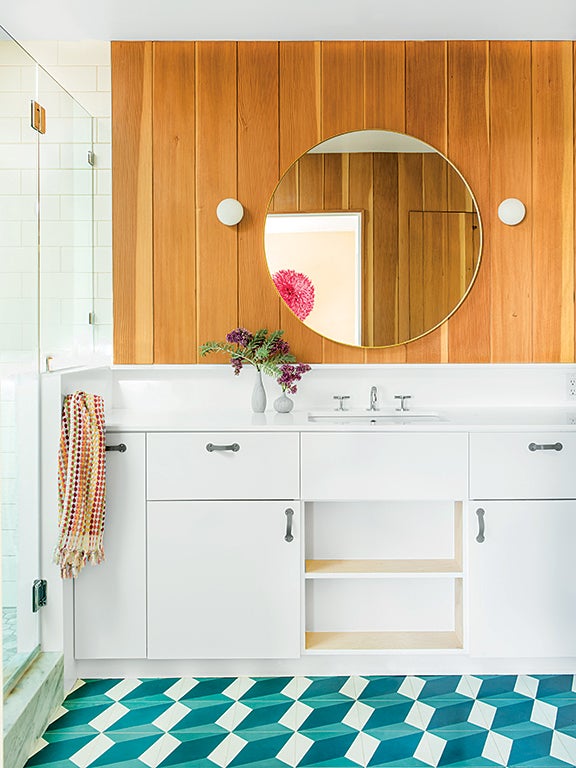 Renovating a small bathroom is not all that different from playing a game of Tetris: There is a lot of strategic stacking and remapping involved. If I move the shower to this corner, will the toilet still fit? Can I make the vanity larger without causing a door jam? The reality is, most spaces that are more than two decades old often pose serious layout challenges. As a work-around, it turns out nearly one in every four homeowners renovating their bathrooms removes the tub altogether, according to Houzz’s 2021 Trends report.

So what do people do once they get rid of their former soaking space? They relocate the shower and then (at least 84 percent of them) make said shower bigger. This update not only offers more opportunities to achieve that spalike feel with, say, a built-in bench and double rain-shower heads, but it appeals to potential home buyers who are older and don’t want to lift their leg over a ledge every time they bathe. That said, if you have more than one bathroom with a tub that you’re hoping to update, it might be worth keeping one around (it will appeal to families with young children if you ever decide to sell). Here are three clever ways to reno your dated, teeny bathroom without giving up the feature entirely.

Put the Tub in the Shower

No, we’re not talking about the cheesy porcelain shower-tub combos you’ve seen in just about every builder-grade home—we mean situating a small freestanding soaking tub inside your dream walk-in shower (à la Garance Doré) to get the best of both worlds without blowing out a wall.

When you can’t find the space to go outward, think downward. At her Todos Santos, Mexico, home, designer Alex Boudreau carved a joint tub-shower into the lower level’s ceiling.

Take a Soak Outside

If you really don’t have the space to squeeze a tub in any of your bathrooms, consider setting a cast-iron one outside for an open-air-spa experience. At photographer Thayer Gowdy’s former home, a window cut into the fence allows a sliver of a view of the Pacific Ocean. You can’t get that indoors.