Saving the designer an $8,000 structural headache. 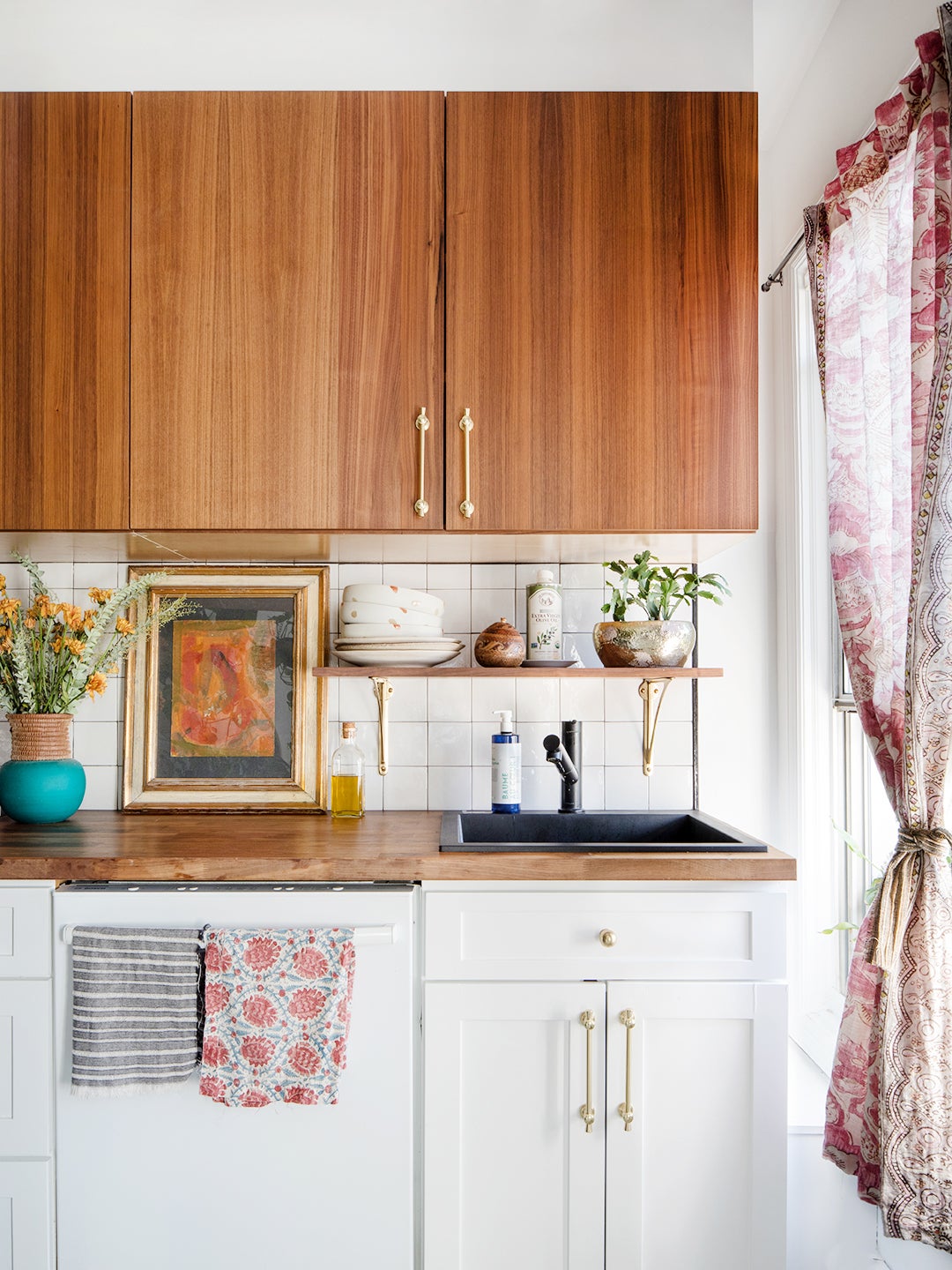 When friends come over these days, the first thing they ask designer Antoinette Allande Anderson and her husband, Michael, is: Where did the kitchen’s water heater go? Because they, much like Antoinette, remember what an eyesore it was when the couple moved into their Hoboken, New Jersey, home last year. There it hung, a bulky white tankless water heater mounted on the wall right next to the range hood. Not wanting to leave her guests guessing, Antoinette reveals her magic trick and opens up the upper cabinet on the far left. “Look, it’s in here!” she tells them.

The room was Antoinette’s only major point of contention when they purchased the apartment. The building’s exterior is reminiscent of a covetable brownstone, and east-facing windows flood the place with light. “But this terrible, terrible kitchen…,” she says. While their inspector assured them that the heater was top-notch (“You’ll have hot showers for days,” he said), he added that its inconvenient placement likely wasn’t something that could be easily (or affordably) changed. He turned out to be right: When Antoinette asked her contractor about running the pipes through the building’s hallway into their laundry closet instead, he quoted roughly $8,000. “So I had to come up with some kind of clever way to make it nice,” she explains.

Their contractor was able to raise the tank slightly, concealing the top portion within the ceiling but leaving the essential buttons exposed. This freed up the countertop completely and allowed the couple to fully enclose the heater in a seamless run of custom cabinetry with walnut doors. “I would love to have a country home, maybe somewhere in the Catskills, so I’ve always liked the aesthetic of warm wood,” the designer says. Fortunately for her, the new cupboards are also much deeper and larger than the previous ones, so she can actually stow away more despite the pesky tank in the mix. In fact, there is even room around the appliance to slide in cutting boards and stack big cans of tomatoes. Antoinette’s famous Sunday pasta sauce, coming right up!