From a world globe pulley to a framed pennant. 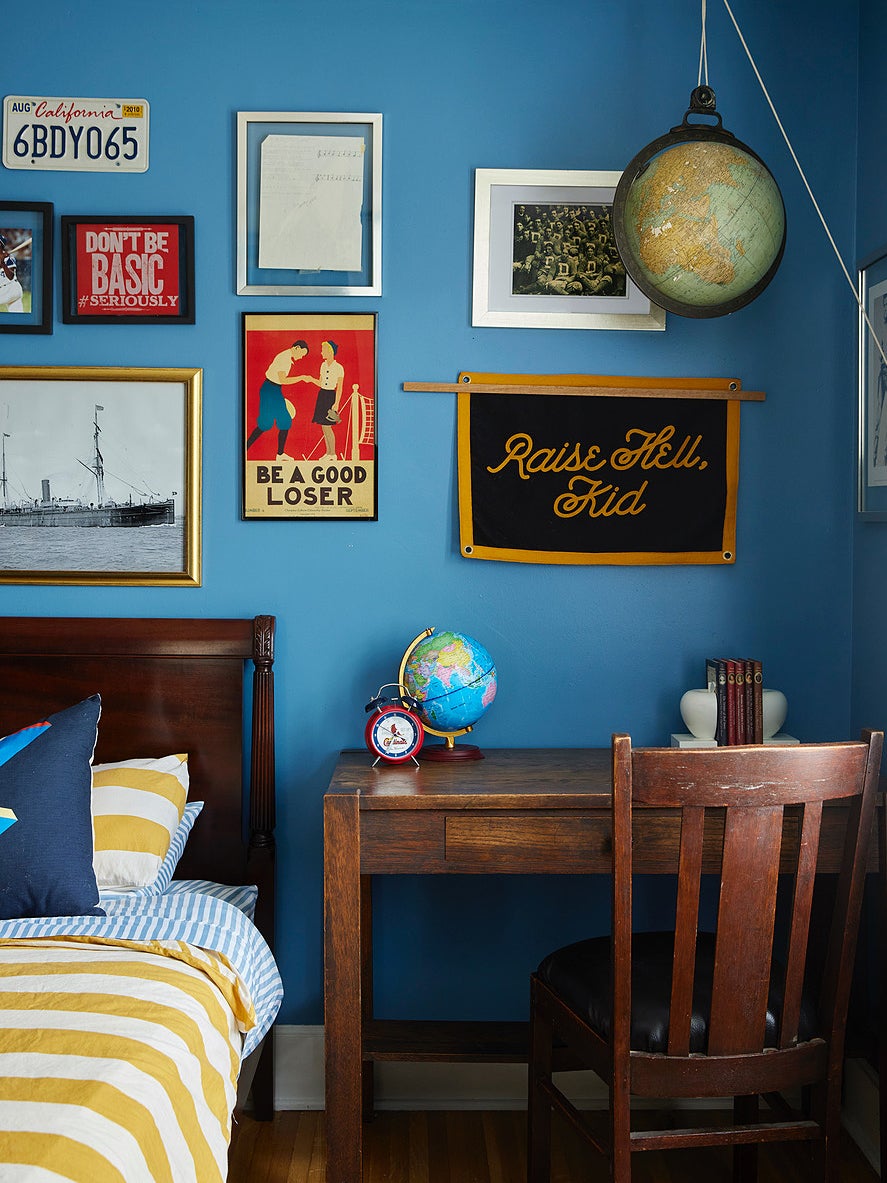 Rockford (Rocky) Renkoski may only be 3 1/2 years old, but he’s already destined to end up in the Hall of Fame—and not just because he has the coolest name ever. In his Des Moines bedroom, photos of baseball greats hang on the walls. And, of course, it’s hard to miss the authentic chairs from the original Busch Stadium in Saint Louis positioned at the foot of his bed. “There’s a low-key sports theme happening without it hitting you over the head,” says his mom, gallery owner Liz Lidgett, who sourced the seats for around $1,000 at an auction when the building went under renovation. “They’ve lived outside on the deck and in a guest bedroom,” she continues. “They’re whimsical and fun but have this grown-up element to them.”

Given this was Rocky’s first post-nursery room, Lidgett set out to design a space that sparked imagination as well as reflection. “His knowing who he is and where he came from is really important,” says Lidgett, noting that the boat photo above the headboard is the exact ship Rocky’s ancestors traveled on when they came to the U.S. from Poland. The portraits of players nearby (Stan Musial and Hank Aaron) were chosen not because of their records, but because they were also just really good people. “My husband was particular about it,” shares Lidgett. “It gives Rocky this map of his own story but also allows us to talk about the man we want him to become.” Ahead, she shares how she nailed the varsity-chic space without striking out.

Cheer Them on With Bold Paint

“Rocky is a joyful kid, so having pops of color was important to me, because I wanted it to be a happy, creative space,” says Lidgett of swathing the walls in Sherwin-Williams’s Inky Blue. The navy hue delivered the preppy-athletic feeling she was after, especially when paired with striped bedding and a check rug, but was dark enough that it didn’t feel babyish.

Imagining landfills overflowing with brand-new sofas and box springs led Lidgett to bring in family heirlooms. The rocking giraffe was handmade by her dad, while the little wood desk and chair in the corner once belonged to Rocky’s great-grandparents. “That’s his spot. He writes his notes out for the day, which are all scribbles,” says Lidgett with a laugh. “He loves to tell us that’s where he works.”

Switch Up Your Frame Game

Collecting and selling art aren’t Lidgett’s only talents—she is also a pro at hanging it. Her first rule of thumb for any gallery wall: Keep it under three types of frames. “You can mix and match metallics and woods, but there needs to be some consistency to help create a throughline,” she notes. But that doesn’t mean you can’t put up items with no frame at all. Rocky’s display is a combination of mediums: Vintage pennants (Lidgett and her husband both went to the University of Missouri), old license plates, and banners are all fair game.

But just because Rocky is used to living in a home with lots of art doesn’t mean he’s not tempted to take it off the wall. “There are so many things above his bed, so I make sure they’re as double secure as I would anywhere else. I don’t want something falling on his head,” says Lidgett. The one thing Rocky can freely fuss with is the Facebook Marketplace–sourced globe dangling in the corner (it used to hang in a one-room schoolhouse in the 1920s). The piece is rigged on a rope so that it can be lowered down and studied, making this space a home run all around. 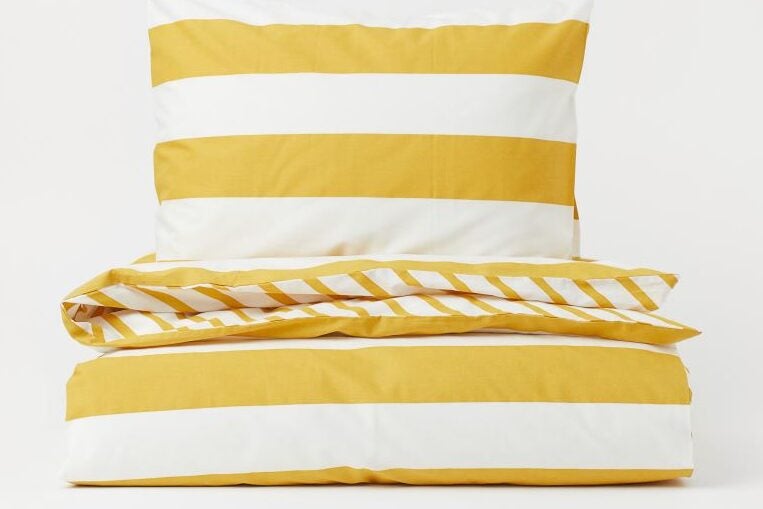 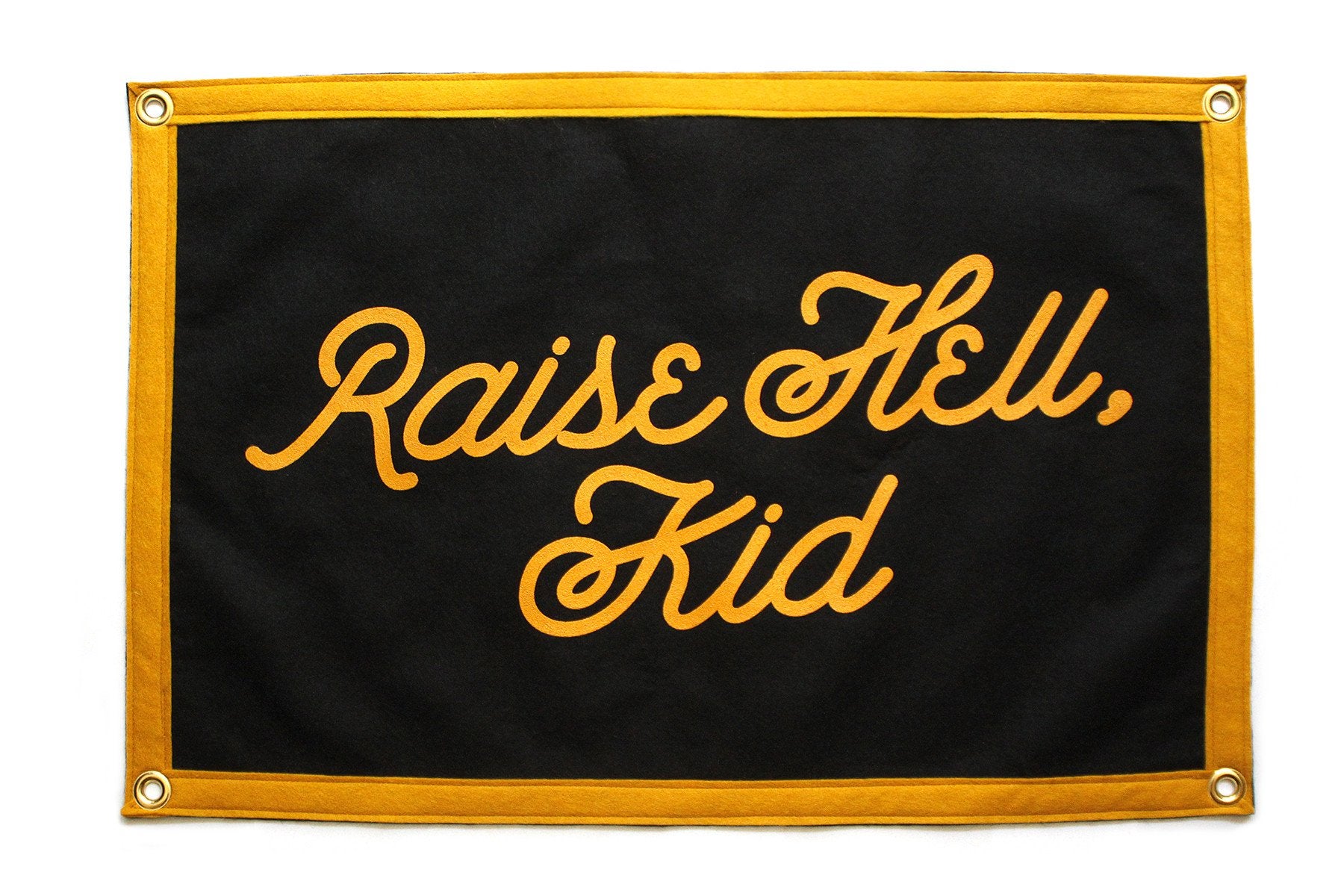 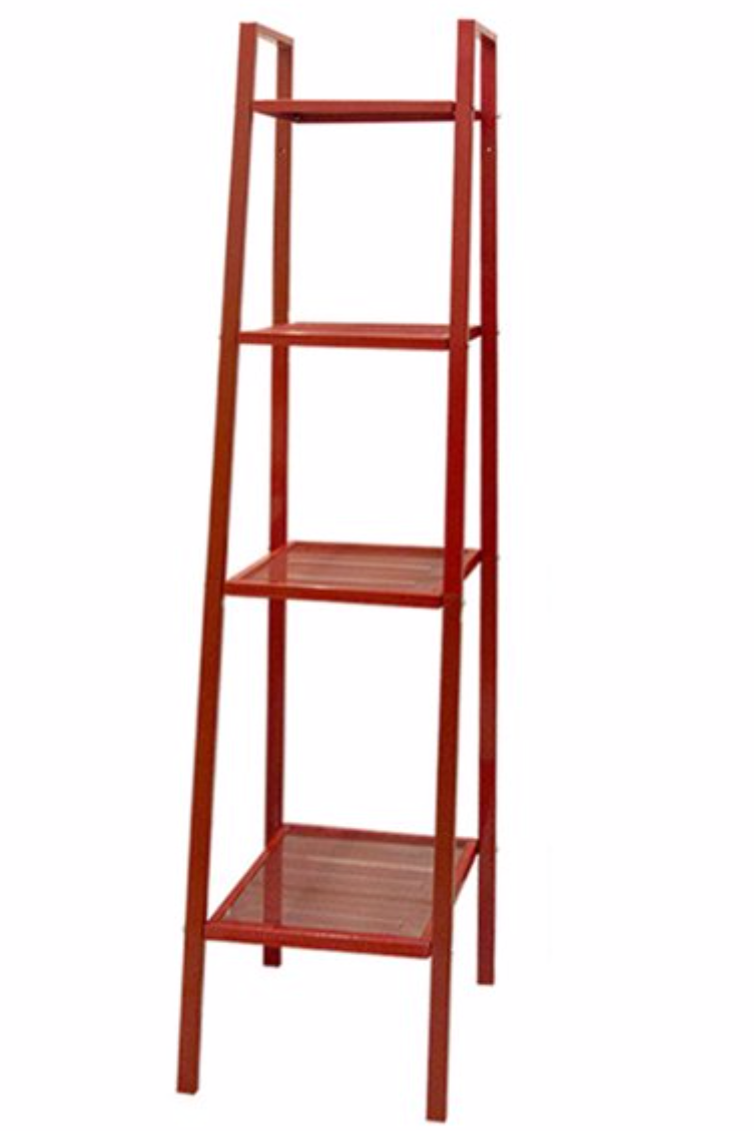 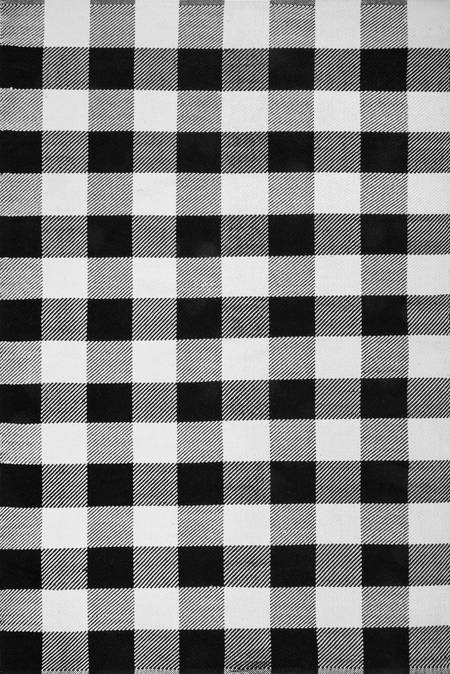