When They Couldn’t Find the Perfect Wallpaper, These Parents Painted Their Own 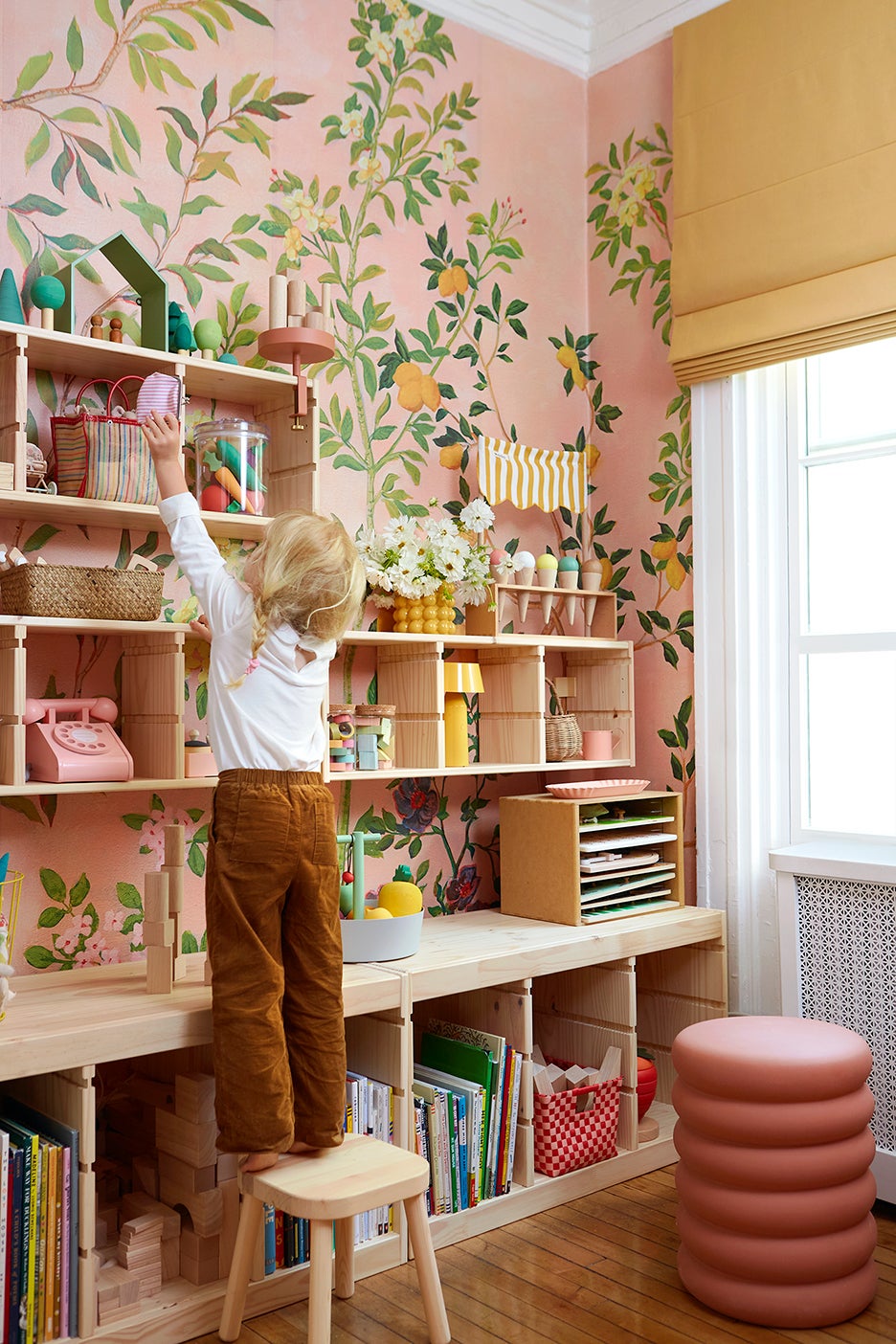 After months of renovating her family’s rental apartment in New York City, designer Jordan Ferney had become adept at solving problems using creative ideas. For her 4-year-old daughter Simone’s room, a sticking point which continuously irked her had been finding just the right wallpaper to pull the other playful elements together.

The caveat: “I’ve got a funny thing where I don’t like how you can see the repeats so often,” admits Ferney. “It looks better in bathrooms, because your eye is tricked to not spot them. I’ve tried putting stuff against the wall to disrupt your eye seeing it, too.”

Initially Ferney’s plan was to find a chinoiserie-style pattern that featured a big-enough repeat to make the room feel enveloping. While digging through mile-long sourcing pages, though, she realized her answer was in front of her.

“My husband, Paul, is a painter, and we talked about him making something,” she says. The duo designed and created a magical landscape throughout the room, depicting tree branches against a backdrop of a pink sky—Simone’s absolute favorite color. “He painted it at roughly 50 percent scale [to create fewer repeats in the pattern], and we found a bunch of different production companies to print it.” The clincher: One was able to repeat only every ninth panel.

The rest of the room was set up before installing the mural with furniture that feels uniquely fit for a kid: a small forest green Urban Outfitters side table where Simone hosts tea parties, budget-minded IKEA storage shelving (a staple in her tween brothers’ room, too), and a &Tradition creamy pink pendant lamp that casts a warm glow—to name a few. The couple is also a big proponent of toddler beds. “It’s one hill I will die on,” Ferney has decided. “People skip this size and go twin, but in New York City every inch is precious. Even if kids are only in it for two or three years, getting that square footage is huge.”

The project was so successful that the Ferneys are now selling the print as peel-and-stick wallpaper through Furbish Studio. And the mini client is also beyond satisfied with her custom piece. “Simone loves the mural and tells everyone, ‘Daddy painted this for me.’ It’s really cute to see.”