Vacation alert: The home is also on Airbnb. 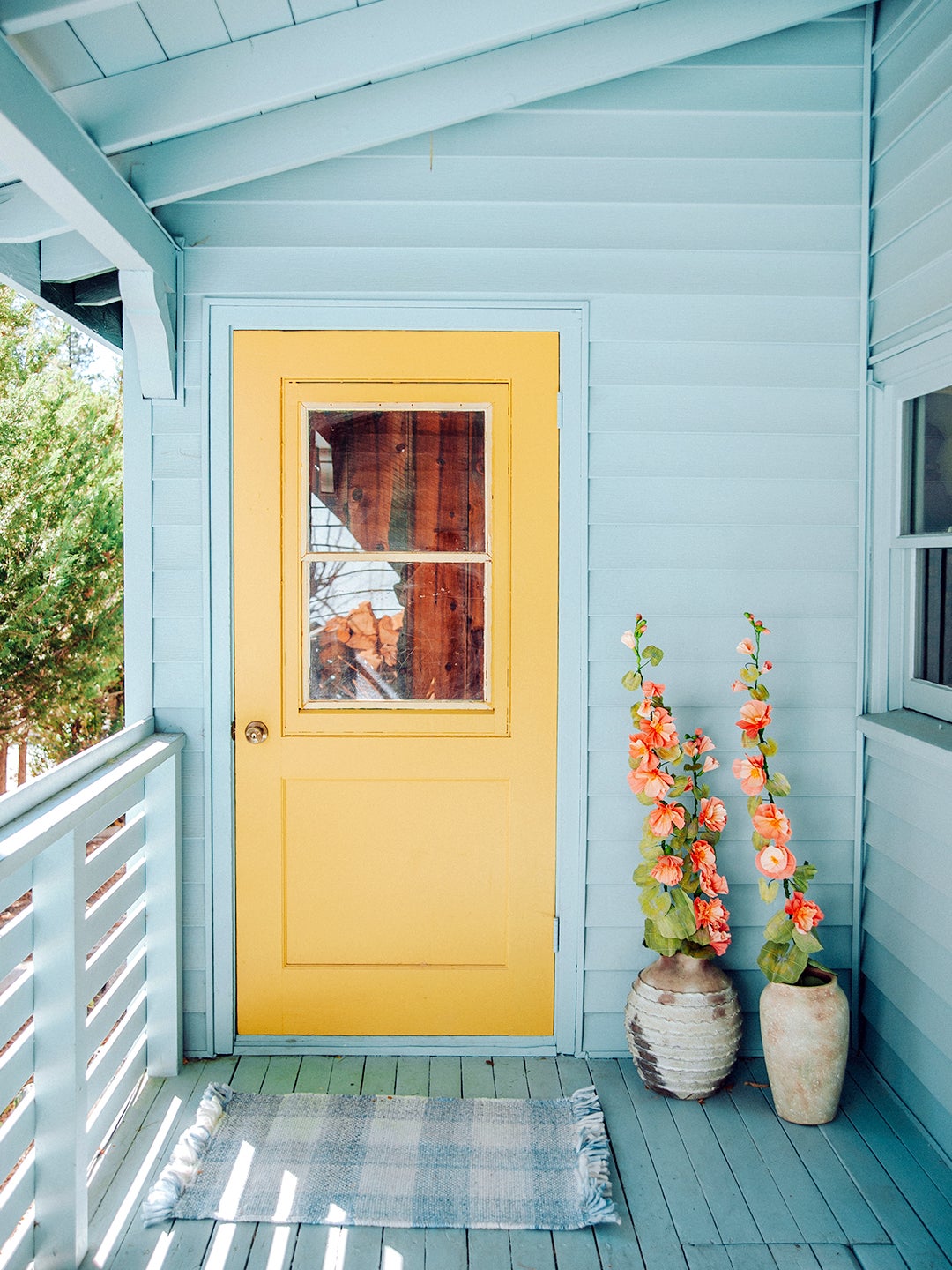 If Claire Thomas’s family of three had their own coat of arms, it would most definitely include a bear. “My joke is that my husband, Craig, looks like a bear, and our son James’s nickname is Little Bear,” says Thomas, the creator of The Kitchy Kitchen blog and cofounder of Sweet Laurel Bakery. Coincidentally, the couple and their 4-year-old have made a second home for themselves in Big Bear, California, just a two-hour drive from their primary one in Los Angeles.

In 2020 everyone from the city seemed to pour into the mountains, and Thomas’s place—a retro-inspired A-frame that is also an Airbnb—was constantly getting booked up. “It’s been doing so well that my own family hasn’t been able to utilize the house as much as we wanted to,” she says. So after about six months of searching, Thomas found another property nearby that they could renovate to relax in (and also rent out through Airbnb).

“I kept going back to this one listing that had no photos,” she recalls. It took some convincing to get her real-estate agent on board with touring the mystery house, but once she saw how charming the 1941 place could be after some TLC, she was sold. “It’s 100 feet away from the national forest. It’s just a very different kind of energy, which I love,” says Thomas.

As with any reno she’s ever tackled, she narrowed in on a theme (for instance, her last place was meant to feel like a 1960s ski party). This go-round she opted for Swedish folklore meets 1940s California. And what better way to accomplish that than with a giant bear mural in the dining room?

Thomas pulled various motifs from John Bauer illustrations, then DIYed the wall art after first applying a limewash coating from Portola Paints to help give the surface a weathered, earthy texture—that way it looks like it’s been there forever. “With vacation rentals, I love transporting people right when they enter the house,” she shares. “I like creating an experience that feels like they’re getting to be a character in a story.” In some rooms, like the dining area, guests are thrown into a fairy tale; in other spots, such as the mudroom, it’s an old-school Technicolor film. The entry is specifically inspired by the all-red apartment from Gigi (1958).

“There’s something so sexy and fun about being inside a little ruby,” says Thomas. “That’s what I wanted the mudroom to be like: a jewel you walk into.” Wallpapering the ceiling in a marbled print from Sandberg accomplished just that (all the wallpaper used in the home is sourced from Swedish fabricators, so as to not deviate from the theme).

Because Thomas didn’t have a huge budget to transform the home, she practically DIYed everything, including installing the aforementioned wallpaper, which she concludes was equally “emotionally and psychologically taxing.” Watching YouTube tutorials on repeat proved to be immensely helpful. Her biggest takeaway? Over-order. “Assume you’re going to mess up,” she says. Audiobooks (she listened to David Sedaris) helped pass the time, too.

James even got his hands dirty during the design process. “I gave him projects that were okay if he ditched them in 10 minutes or if he messed them up,” says Thomas. Applying limewash to the walls was the perfect craft for her little assistant to help with because it doesn’t require any precision.“ My mom’s boyfriend is a contractor-slash-handyman, and he’s basically like a rock star to James,” says Thomas with a laugh.

The kitchen commits to the home’s theme fully with its plaid backsplash and tiled countertops. In other spaces, paint was all Thomas needed to prove her point, like the guest bedroom that pairs Big Bird yellow with bright sky blue. “It’s like you’re walking into springtime,” she says.

After learning some basic carpentry skills, Thomas and her husband bought a few trundle beds from Wayfair for the kids’ loft quarters and surrounded them with wood to make them look built in. “Kids love small spaces. There’s something really special about making a world that can sometimes feel overwhelming very small,” she explains. To create true hideouts, Thomas recruited her aunt (a seasoned seamstress) to help her craft café curtains out of fabric that matches the nearby Serena & Lily sofa. A mural she painted to coordinate with the baby blue floral design tops off the whole room. “When you are walking up the staircase, it looks like you’re going into the clouds,” she notes.

The magic continues outside, too. Thomas bought 4-inch-tall fairy doors on Etsy and attached them to some of the tree bases outside. “Now James is convinced the fairies live in the forest,” she says.