How to Turn Simple Ingredients Into Fancy Food Without Even Trying

Confiting is easier than you think. 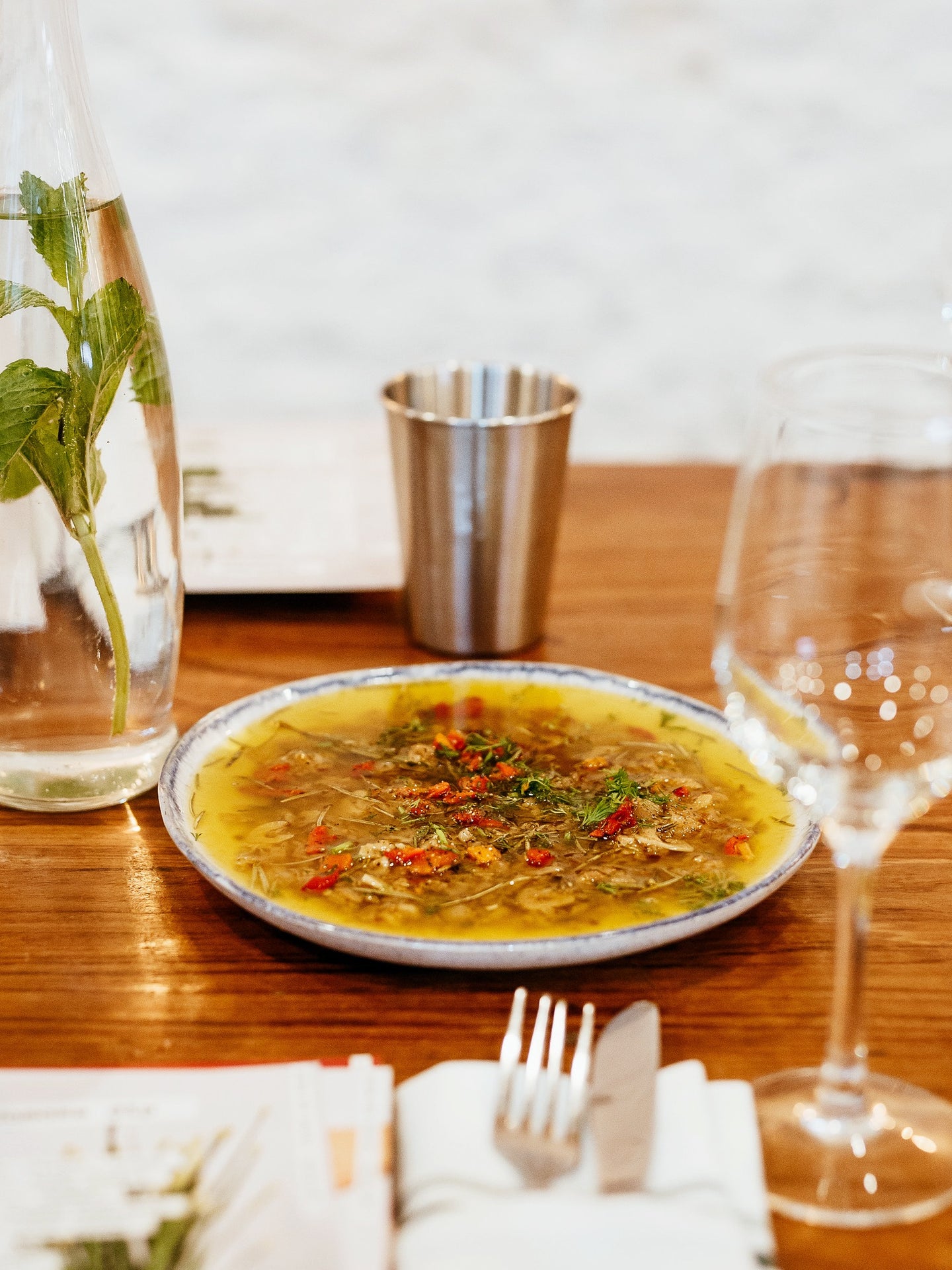 For the past few weeks, cooking has quickly turned from a source of stress to comfort for many. Without IRL get-togethers and happy hours occupying our schedules, we have way more time to luxuriate in the recipes we make—not to mention pick up a few techniques along the way. One that I’ve been turning to a lot, especially now, is the confit method, which I was originally introduced to in Alison Roman’s first cookbook, Dining In.

While everyone else was busy baking cookies, Roman’s recipe for chicken legs slow cooked in olive oil became my new nightly go-to because of just how simple and delicious it is. All you have to do is put everything in a baking pan deep enough to hold the many ingredients—shallots, chicken, garlic, the works—top the whole thing off with a bunch of salt, herbs, and olive oil (like, a whole bottle); stick it in the oven at a low temp for a couple hours; and sit back while restaurant-quality food cooks itself. Then be sure to save that flavorful oil to use again and again.

This is an iteration of the traditional confit method, which was originally a way of preserving large cuts of meat (like duck legs) in its own fat. Now the term is more loosely used to refer to cooking anything in a lot of oil at a low temperature, a formula that is so infinitely riffable you could do it every night and never get bored.

In fact, a lot of chefs and food professionals do just that, and they know what’s worth giving the oil treatment and what’s not. Here are a few ways these three experts put the method to work.

Alison Roman, cook, writer, and author of Nothing Fancy and Dining In

Anyone who’s skimmed Roman’s catalog knows she’s a big fan of slow cooking food in oil. While she doesn’t consider this method to be a true confit, she admits that it’s a good way to avoid cooking meat in a hands-on way—and especially great when you want to enjoy restaurant-quality food at home. Along with her chicken legs, Dining In also features a citrus-salmon recipe that’s cooked in this way and produces some of the most tender fish—strain the oil while it’s still a bit warm, pack it up in an airtight container, keep it in the fridge, and save it to use in your next confit.

Roe was first introduced to the method thanks to Julia Child’s recipe for “melt in your mouth” duck confit in Mastering the Art of French Cooking, but she now mostly uses it to make certain vegetables taste like meat. “This method intensifies the flavor of mushrooms and gives them the most succulent texture,” she explains. And with just a bit of thyme and peppercorns, she says they’re meaty enough to enjoy as a main. She also always has confited garlic and shallots on hand to amp up just about anything. “Take a few tablespoons and add it to grains, salads, a protein, or even toast for an instant blast of flavor,” recommends Roe.

Though most confit recipes involve oil or animal fat, Rouabah likes to mix it up by using clarified butter instead. It’s less likely to burn than regular butter because it has a higher smoking point, she says, but will still give your food the rich flavor you so desire. Both at home and at her restaurant, she mainly employs the method to take advantage of produce that is in season. Plus, she says, it always creates the most consistent and velvety textures, whether she’s cooking butternut squash or celery root.

See more stories like this: 5 Recipes That Turn Canned Beans Into Treasure The No-Brainer Meals Chefs Make When They’re Too Tired to Cook 3 Ways to Make Ina Garten’s Quarantine Cocktail Recipe Your Own