Sophia Bush Designed Her Bathroom to Ward Off Chicago Winters

The vanity is actually a vintage sideboard. 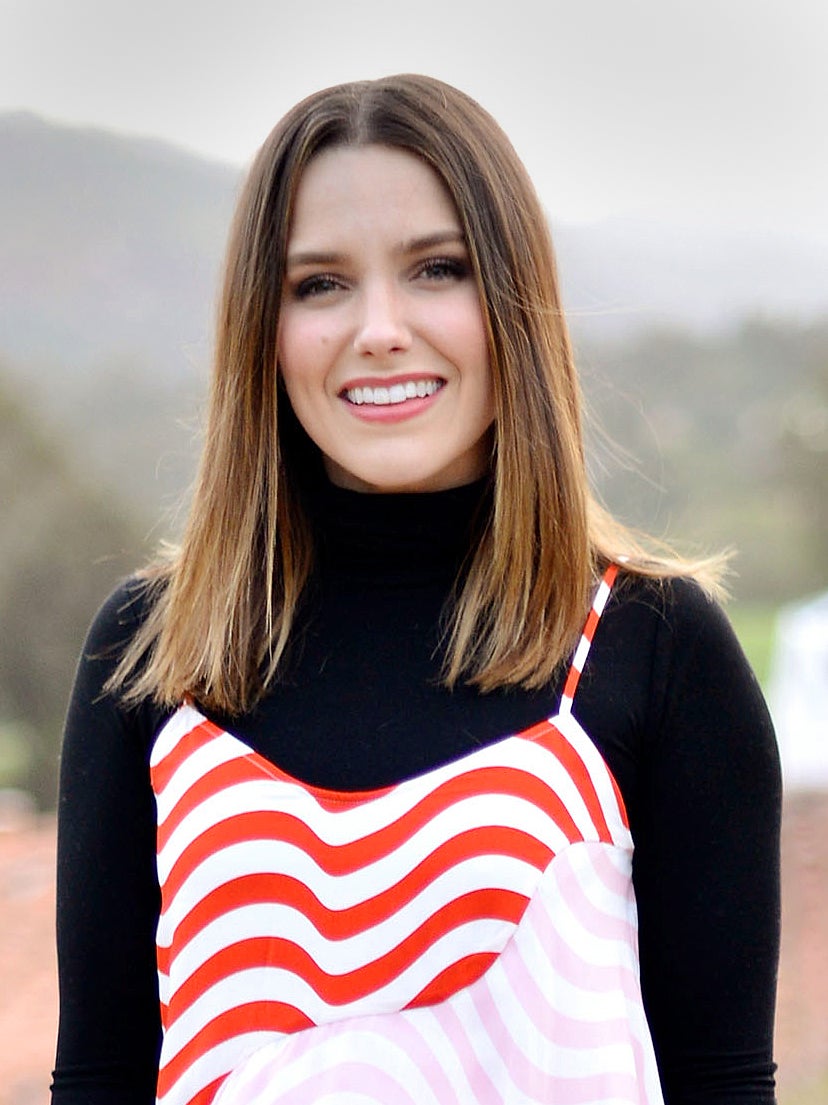 Sophia Bush knows good tile when she sees it. The actress and newly minted podcaster has teamed up with Chicago designer Lauren McGrady, who owns the boutique Rider, to start her own design consulting business, Filles de Rincón. The pair opened up about the venture in an interview with Elle Decor, where they shared that the former Chicago P.D. actress’s West Loop penthouse was the project that started it all. While Bush listed the property this past July for $2.25 million, in the article, the partners gave a sneak peek of the condo. The bathroom is chock-full of brilliant ideas.

“This green tile feels really alive and brings in natural color—when there is none in the winter in a place like Chicago,” Bush tells the interviewer. The starburst slabs were loosely inspired by a trip she took to the Hotel San Cristobal in Todos Santos, Mexico, she adds (the floors there are swathed in a similar graphic pattern). An Instagram post from MegMade, the furniture designer who transformed a vintage sideboard into a vanity for the space, offers a closer look at the rest of the room. The black and white tiles in the shower were custom designed to match ones Bush came across in an old cafe in Paris.


Have you seen @sophiabush penthouse is for sale in the west loop for $2.25 million? It is gorgeous and it has 4 of our pieces! The custom vanity here is ours and we love how it looks!! #bathroom #customvanity #thatssodomino #masterbath #funtile #ilovemybathroom

The dresser hack never gets old, but that’s not the only splurge versus save lesson we learned from the space. For instance, the faucet was designed by Jason Wu for Brizo (it retails for $815), but the supersize round mirror is from CB2 (currently on sale for $215), and the Cedar & Moss black globe pendant is available through Rejuvenation for $160. This bathroom is about tossing out the rule book. Who says you can’t have two completely different floor tiles in one space? Bush’s new business got off on the right foot before it even began.

While we’d love to have the new design duo come and redo our bathrooms, considering they’re a bit busy launching a company and all, we’ll be stealing the look with these four finds:

See more stories like this:  Jennifer Lawrence’s $14 Million Penthouse Has the Sleekest White Kitchen Nate Berkus Says This Is the Color of the Season Anne Hathaway’s Nolita Studio Is Our New Favorite TV Apartment