He follows this rule to avoid reno regret. 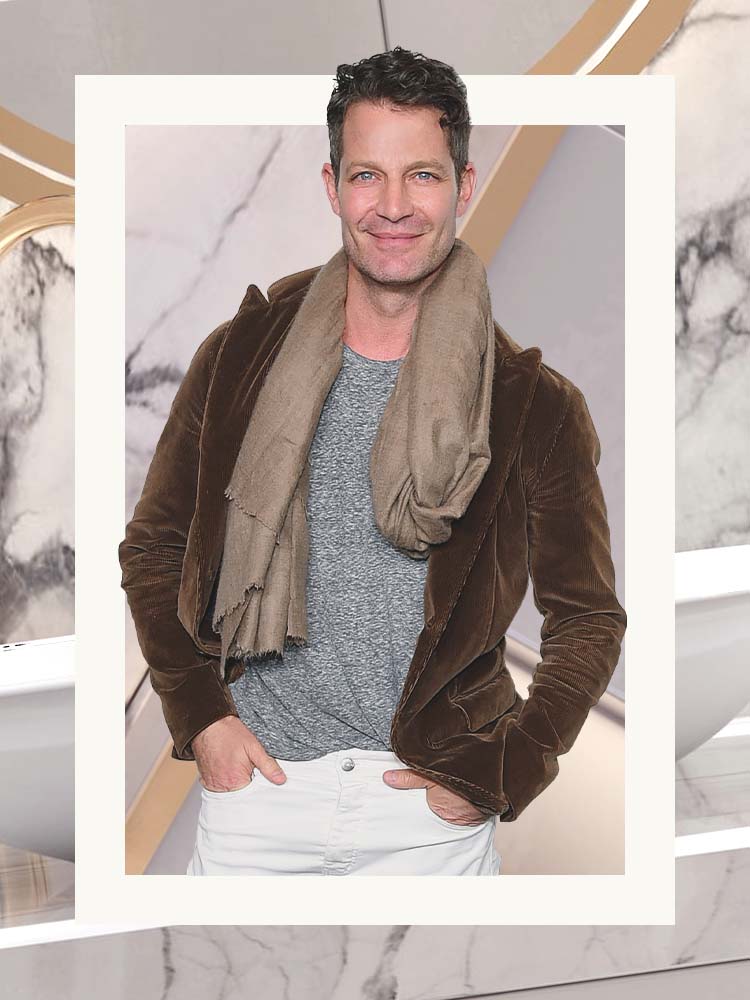 Just as the lyrics in everyone’s favorite Miley Cyrus (er, Hannah Montana?) song tell us, everybody makes mistakes—and that includes pro interior designer Nate Berkus. In a recent interview as part of his partnership with American Express and Dell, Berkus told us about an undertaking he definitely doesn’t regret: renovating the Lincoln Square Veterinary Hospital with the help of the Business Platinum Card, which offers up to $400 annual credit on Dell technology products. But he also expressed that he, too, has his fair share of design misgivings. “I made one mistake, years ago, in my own bathroom, where I put in this tile from Mexico in my shower; they were black and white triangles,” he shared. “It was the first thing I didn’t like a year later.” It’s fair to say that Berkus is no longer one for following trends.

“I try to keep bathrooms as timeless as possible, especially when choosing materials and more permanent fixtures,” he explained. The shower, which we’re guessing was clad in something similar to this option from Tile Bar, based on his description, seems like it would be a classic (it is black and white after all), but Berkus wishes he had opted for sleeker white marble instead, either in tile or slab form.

Not sure how to gauge if something is too trendy or just right? His rule of thumb is to stick to things that have been around since the 1920s or ’30s—think: carved stone trim around the edges of a medicine cabinet, unlacquered brass or polished nickel vanity hardware, and intricate plaster work. “If it has been around since then, it’s probably a good investment,” he said.

Just take a look at the bathroom he and designer husband Jeremiah Brent created for Brian and Tracy Robbins, where he paired floor-to-ceiling white Italian marble with mid-century gold mirrors—two elements not likely to fade from the design zeitgeist anytime soon.

Then there’s his favorite bathroom of “all time”: the L.A. one he and Brent designed together, for themselves. The pair saved the scraps of Calacatta Viola installed in the shower and used them as trim throughout the rest of the room. No regrets here.