How a Vancouver Family of 4 Functions in a 900-Square-Foot, One-Bedroom Condo 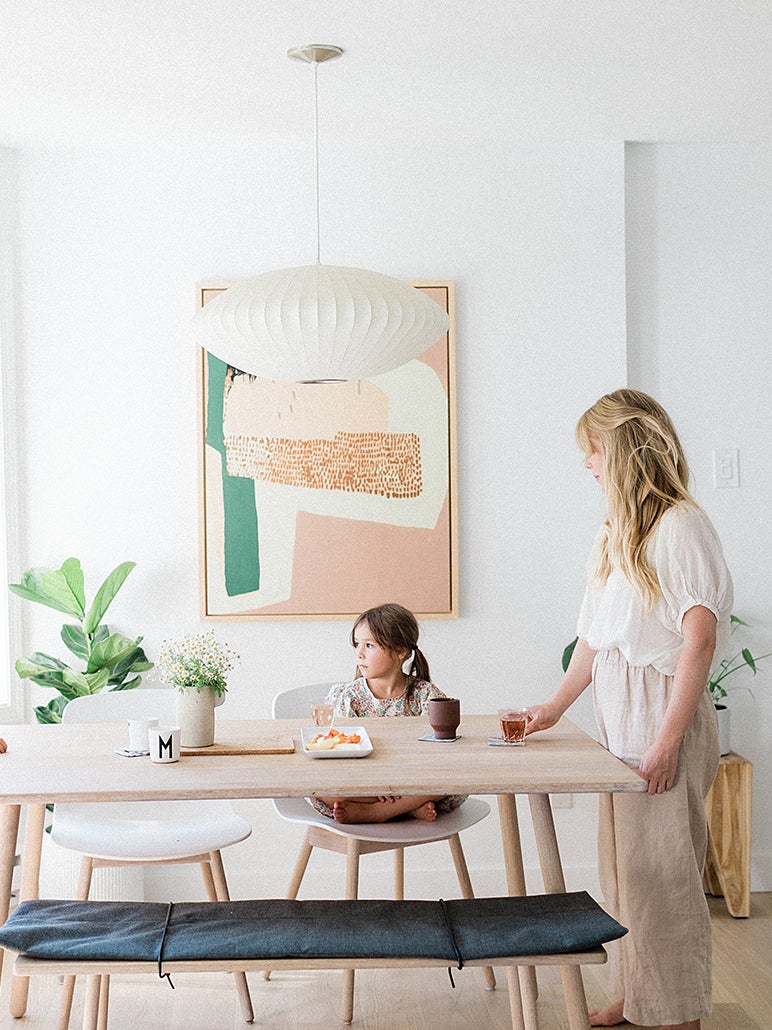 For Alison Mazurek and her husband, Trevor, 600 square feet was always more than enough space. Even after the births of their children, Theo and Mae, the couple chose to stay in their tiny one-bedroom apartment in Vancouver. “We thought once Theo started crawling, we’d have to move, but it was fine,” recalls Alison. Unlike most people who upgrade to a house with an additional bedroom every time they add a new member to their family, the Mazureks insisted that the lack of room to roam had its benefits. For one thing, it meant they could allocate money they might otherwise be spending on a costly mortgage for travel. The parents also knew where their little ones were (and that they were safe) at all times.

But once Theo, now 8, and Mae, now 5, started to grow and everyone began to crave a bit more privacy (especially during lockdown, when they couldn’t leave their home), the pair decided it was time to buy a bigger place. A sprawling mansion, though, wasn’t on their must-have list. Instead, they stayed small. The family recently moved into a one-bedroom condo that’s got a bonus den area. Their new space spans two floors but only amounts to a total 900 square feet, so they’re all a little less on top of one another these days but still tight-knit. “We just ended up really loving the lifestyle,” says Alison. She’s become such a pro on living with less that she now offers design consultations to those adding a baby to their space or really just anyone who is overwhelmed by clutter.

Alison likes to say she and Trevor raised Theo and Mae with the help of their wall beds (the foldable structures offer a ton of flexibility in a tiny space). Both setups they own are from Resource Furniture—the kids share a bunk-bed version (located in the apartment’s main bedroom), and the couple have a queen-size model (situated in the den). While hiring a special moving crew to disassemble the beds, transport them to the condo, and remount them to the studs was an extra expense, Alison says it was worth it to bring the multifunctional furniture with them. “You give it a push, and it goes away,” she says. Theo and Mae’s shared bunk stays open most days of the week, but Alison regularly tucks theirs away when they want to turn the den into a playroom.

The shallow IKEA Pax closet in the couple’s sleeping space acts as a catchall for miscellaneous household items (it holds linens, cleaning supplies, and bathroom product overflow), while everyone’s clothes are stowed in a walk-in closet just outside of the kids’ bedroom. All four of them also share the bathroom. “It requires a lot of communication, like: ‘I’m having a shower; does anyone need to use the bathroom first?’” explains Alison.

Alison’s skin-care items live on high picture ledges on the wall, so they’re out of reach of small, curious hands. And while it took some hunting, they have all become accustomed to using the same shampoo and conditioner; that way there aren’t a million bottles crowding the tub’s edge.

While many might sigh at the sight of a galley kitchen layout, Alison says having the space tucked away from the living and dining area has been a blessing (unlike their last place, which was all open). “I used to always have a kid underfoot while I was trying to cook,” she says. She replaced the glass mosaic tile backsplash with easy-to-clean white squares from Fireclay Tile and swapped the glossy cabinet doors with white matte ones from IKEA. She worked with a local millwork company to cut out circular finger pulls, lined with maple wood. (The openings are 1 1/2 inches wide, so you can fit two fingers through them.) “They’re a smooth, nontoxic finish, so we don’t get messy fingerprints all over our cupboards as we normally would,” she adds.

Alison and Trevor have charmingly dubbed their condo the Beach House because it’s walkable to one of the city’s most popular beaches. “Our place is often full of sand,” says Alison with a laugh. Because they tried to work with as much of the existing home as possible for budget and sustainability reasons, they kept the renovations light. They painted the walls white, replaced the formerly mismatched floors with white oak (it hides the sand and creates a sense of cohesion that makes the home feel bigger), and refaced the existing gas fireplace with fluted tile. Eventually, Alison wants to build a flex wall (or some sort of solid divider) in the kids’ now-shared bedroom to offer them more privacy as they get older. “They only just started asking, ‘When do I get my own room?’” she says.

For the time being, Alison is giving Theo and Mae a sense of independence by designating certain areas in their room where they can display and store their things. For instance, one bin under the bed is for him, the other for her, and the third is for shared art stuff. “And it’s their responsibility to take care of the things in those containers,” she says. All plastic outdoor toys and beach gear live outside on the patio underneath a built-in bench created out of plain wood IKEA Applaro benches (she just cut the legs off and stained them black). “We have this nice, relaxing area, but you don’t realize there’s all these water guns underneath it,” she adds.

Still, not all the clutter can be controlled. One thing she never had when they were living in their old 600-square-foot home? A “laundry chair” (you know, the decorative chair in your bedroom that no one actually sits in, so instead it collects all the items you were too lazy to toss in the hamper). “We used to do our laundry same-day because there was nowhere else to put it. Now it doesn’t get done so quickly,” she says. “These are the lessons that are still fresh in my mind that I don’t want to lose.”