“If you love it, it will work” is her motto. 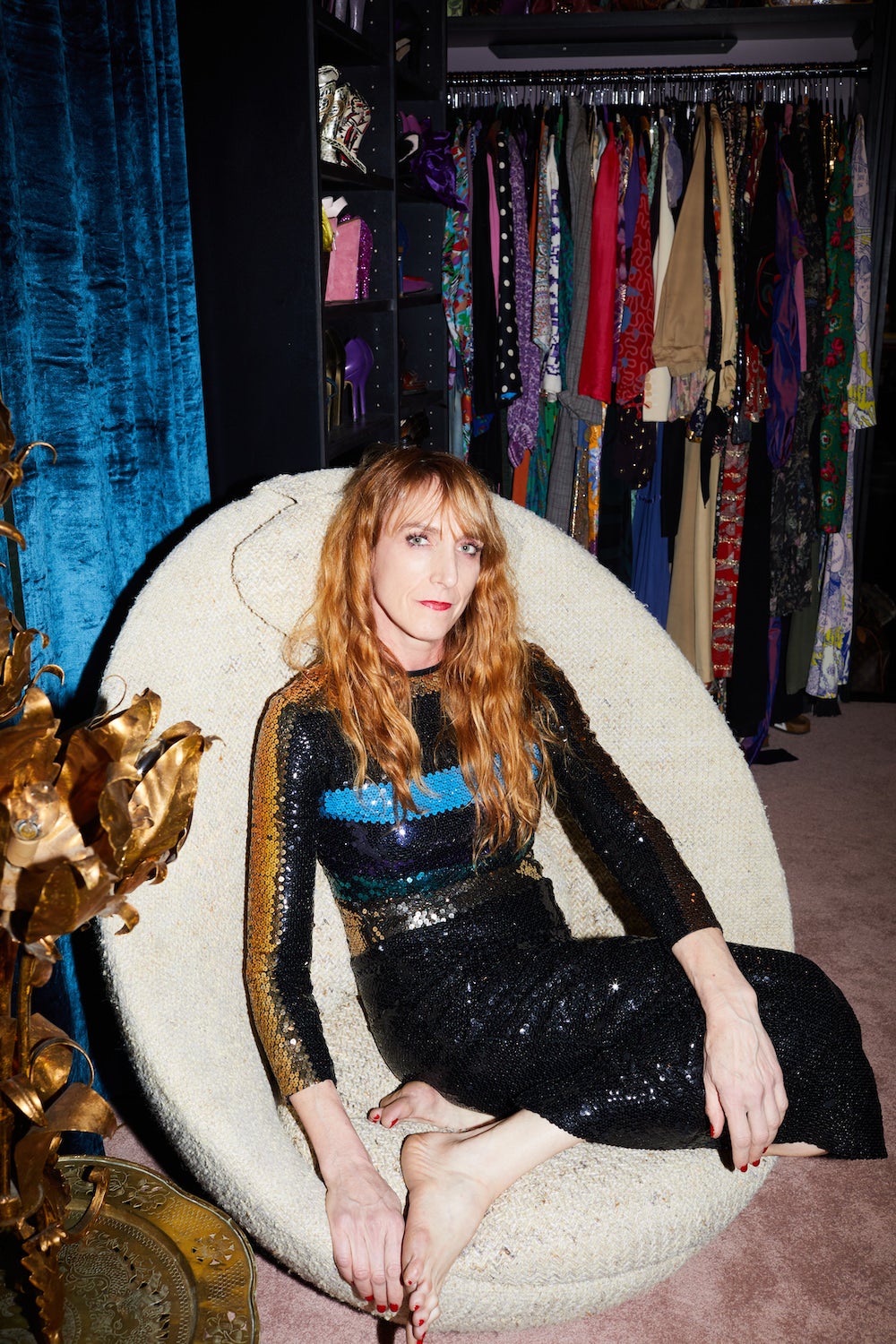 Plenty of people told Libby Callaway that a 17-by-23-foot bedroom with 15-foot-high ceilings was too big. “I was like, yeah, but have you seen The Crown? If [Queen] Elizabeth has three sitting areas in her bedroom, why wouldn’t I?” she says with a laugh. When Callaway—who has been everything from a fashion editor at the New York Post to a communications director (her PR/marketing agency is called The Callaway) to, most recently, an interior design consultant—started renovating her Nashville home back in October 2018, she set out to design a dream house for a single person. To start, she bought a vintage 1970s king-size bed frame, put a crystal chandelier in her Stolen Kiss red pantry, and didn’t bother separating her sleeping area from the rest of the house with a door. “I just did everything by gut,” she explains.

Callaway knew when she bought the property back in 2010 that the house was not all that well made. It had been added on to at least five times over the decades, and many of said additions were clearly DIYs. “I went out of town when they started tearing open the house, and my contractor, Aaron Rosburg, sent me videos of him just kicking down the walls—that was all it took,” she says. But Callaway knew she could make the one-story house into something special, so she sketched out a simpler, L-shaped layout on the back of a napkin one night. And thanks to Nashville’s huge surge in property value, she was able to make all the upgrades mainly on equity. “It’s truly a maximalist house,” says Callaway. “There is nothing small about it.”

As the daughter of an antiques dealer, Callaway grew up appreciating old things and shopping secondhand whenever possible (around 80 percent of her furniture is vintage). Her Facebook Marketplace settings are a testament to her love of thrifting. Chinoiserie, Regency, wicker, and lacquer are just a few of the search terms she’s saved, so that when any items relating to these words are listed within a 100-mile radius, she gets notified. That’s how she uncovered a giant $700 arch that was once a part of a Chinese restaurant. “I asked the guy I had a crush on to go with me to rural Alabama with a truck and pick it up. I told him we were moving something, but I didn’t tell him what it was. We didn’t date—I don’t know if this contributed,” she says, laughing. Callaway immediately knew she wanted to turn it into a threshold to her bedroom.

Instead of covering the bedroom’s concrete floor in pricey tiles, she had it painted in a black-and-white checkerboard pattern (it will eventually continue outside on the patio when she starts that remodel in 2022). The optical illusions continue in the kitchen, where Callaway used Rustoleum’s Copper Metallic spray paint on the fronts of the lower cabinets and particleboard shelving to mimic the look of real metal.

While on a trip to Mexico City, Callaway came across a brass figurine of a woman while shopping at the market, which she kept in a drawer for forever until her bathroom remodel got under way. “It hit me, like, oh, my gosh, she’s going to be trying not to go down the drain,” says Callaway. The statuette is now epoxied into the floor of the walk-in shower amid the black hex tiles and ‘80s-style glass brick wall. Nearby, a two-sided mirror from an old Woolworth’s her grandfather owned in Cleveland, Tennessee, acts as a divider for the toilet area.

Callaway also inherited her fondness for wallpaper (her childhood bedroom had a wallpapered ceiling). In her house today, there are seven treatments total. Perhaps the most obvious print is the one in the guest bedroom that covers not only the walls, ceiling, and trim work but also a thrifted armchair in fabric form.

The pink graphic is textile designer Andra Eggleston’s Cairo design, which is based on sketches by her father, legendary photographer William Eggleston. With Andra’s help, Callaway tasked wallpaper fabricator Twenty2 with turning it into a custom wall treatment for the room. “If you love it, it will work,” Callaway says of pulling off her more-is-more style.

Another longtime love? Animal print anything. In addition to the cheetah carpet in the living room, Callaway swathed her closet ceiling in Cole & Son’s Senzo Spot print. “It’s luxurious,” she says, simply. There are three glass arches (her ode to Versailles), sconces that look like gauntlets, and an “old chandelier that looks like something that would kill you,” she says, laughing.

But that space just holds her hero wardrobe items. Elsewhere, off the living room, she built a 22-foot-long closet that houses additional accessories and fabrics, plus a small desk and a washer and dryer. On the walls in here? New Hat that’s called Crappy Magic—it features images of things found in thrift shop bins, like plastic Barbie doll arms and rubber snakes.

Callaway’s long-awaited renovation wrapped right when the pandemic hit. She also happened to turn 50 just before lockdown and had plans to throw a big party, but “people didn’t come to my house for months. It was so sad to have this new, beautiful space that no one could come and see,” she recalls. Today she’s rectified that by hosting tons of dinner parties. 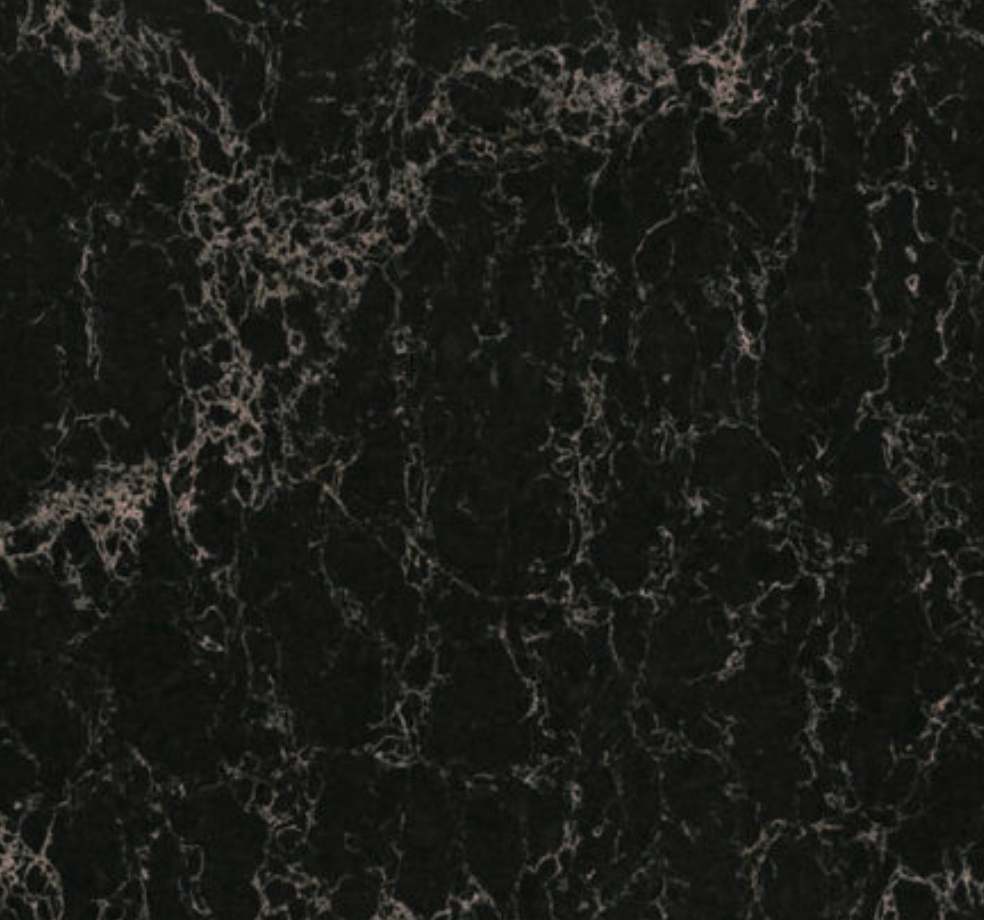 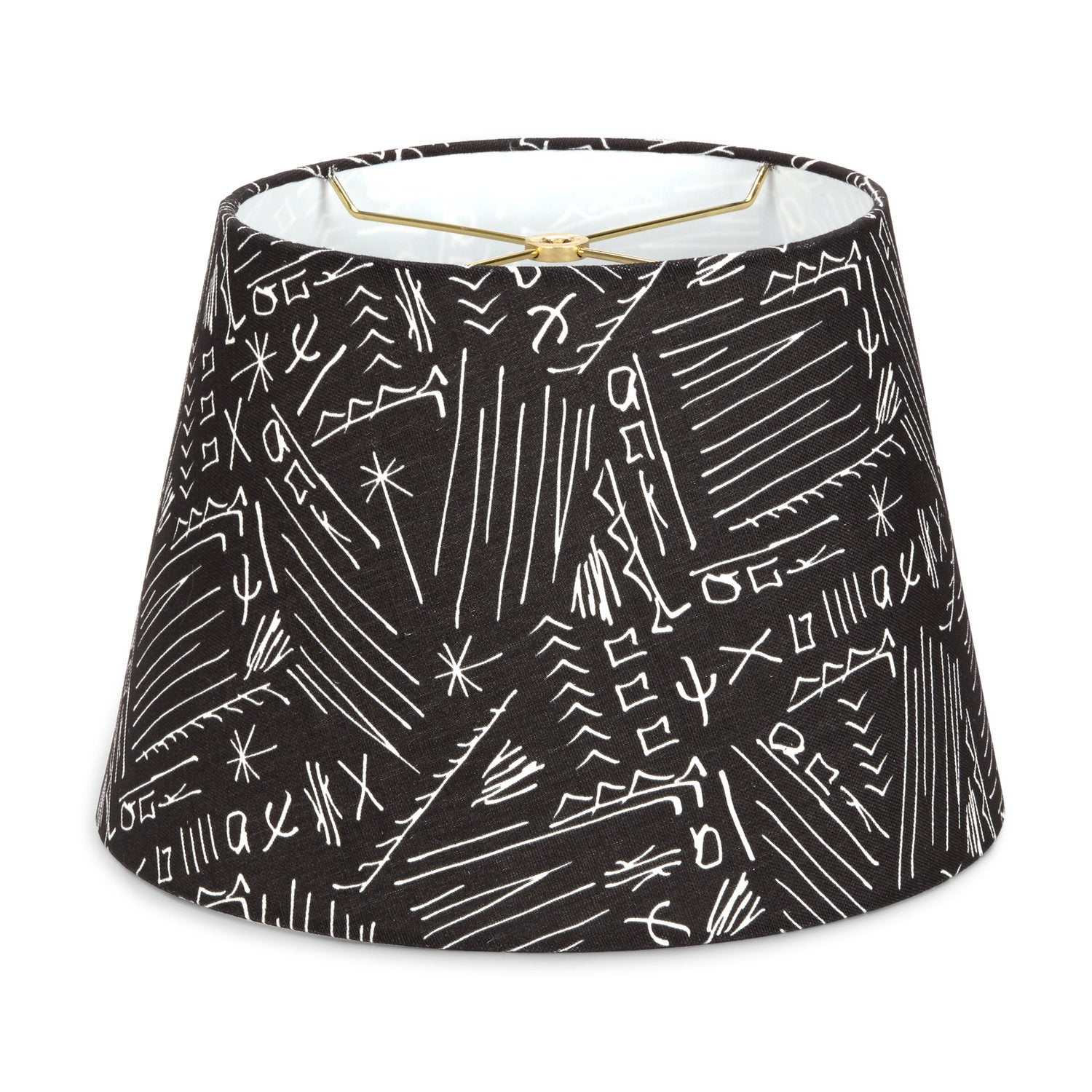 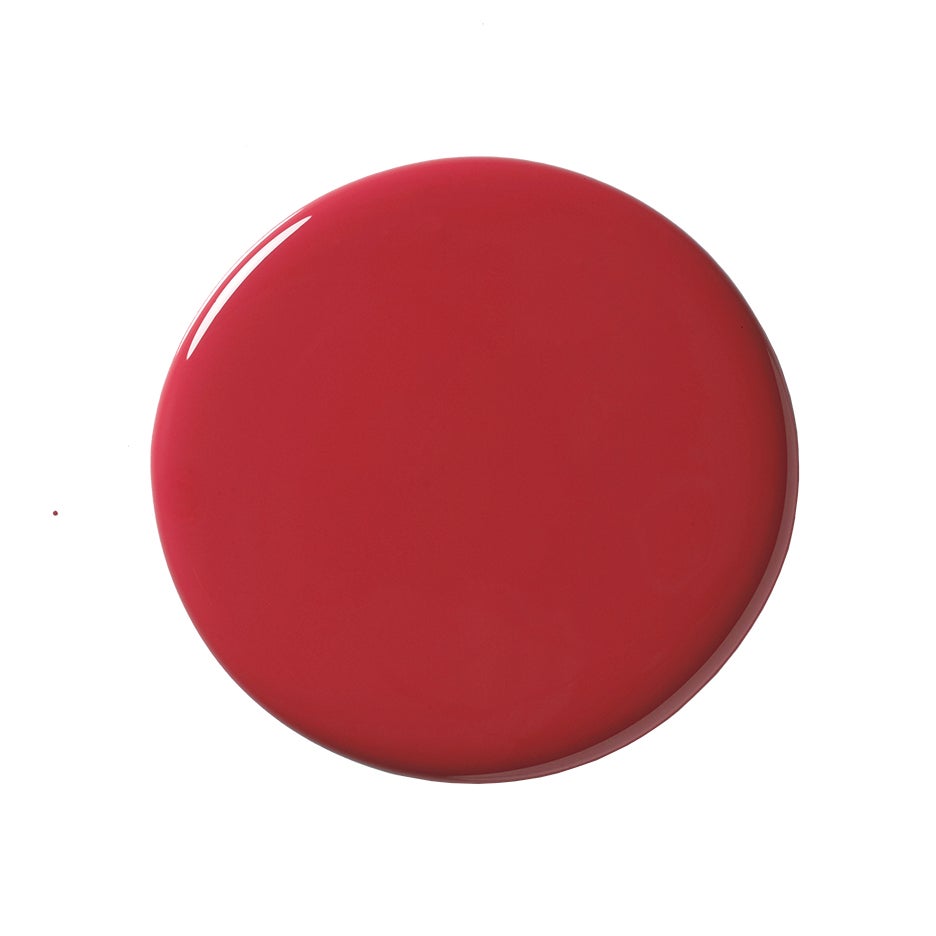 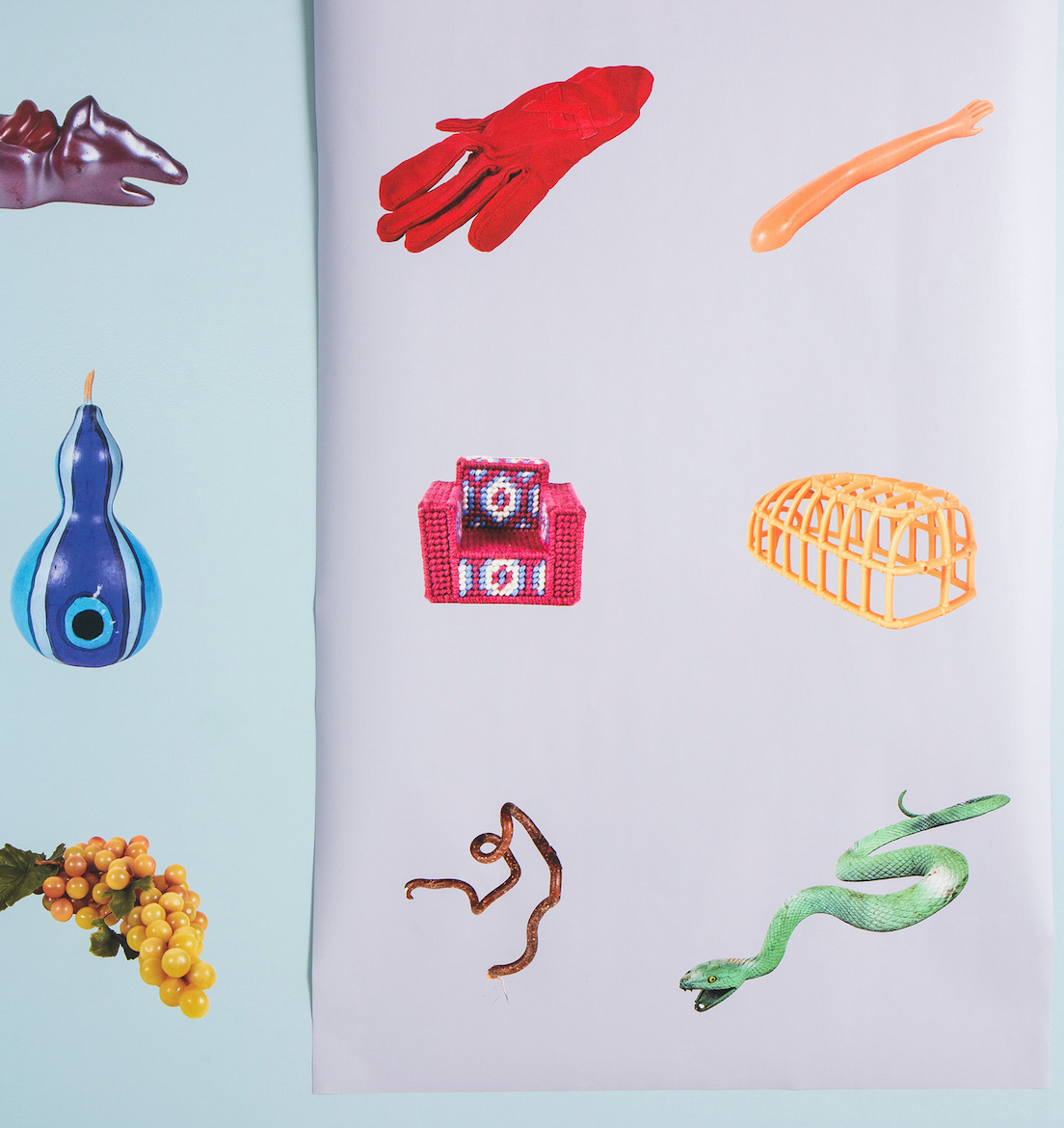