Olive green is the new white. 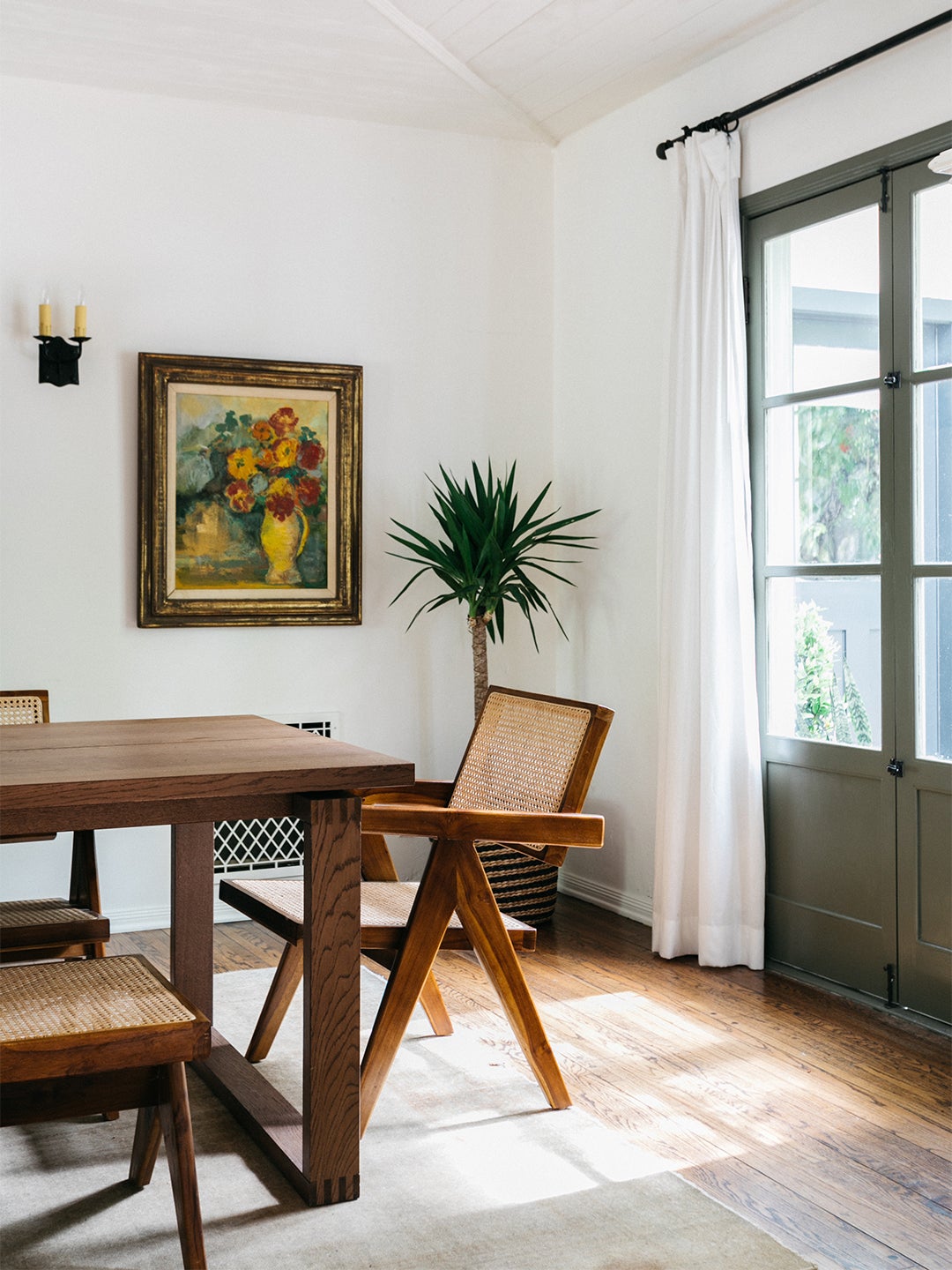 Kirsten Blazek knows that nice furniture only goes so far when you’re selling a home, so when the founder of A 1000x Better is asked to stage a space, she comes prepared with a list of light renovations, and painting is always nonnegotiable. “It’s about getting people to make an emotional connection with the property,” says Blazek.

Crisp white walls or a contrasting trim is often all it takes to capture a buyer’s attention (plus, these simple fixes make for better real estate photos). Blazek’s latest staging project, a just-listed home in Los Angeles with a celeb pedigree, is the perfect example of how far a fresh coat can go. Here she shares five ideas for getting your soon-to-be-sold space in shipshape.

Set Your Sights on the Trim

If you’re only going to paint one thing in your home before listing it, tackle the baseboards and windows. ”I cannot believe the difference it makes,” says the designer. “It never ceases to blow my mind.” In older homes with lots of character, Blazek will do the borders in a contrasting color; something that draws the eye to the molding, like a dark olive green. When she wants these features to blend into the background, she’ll opt for a light gray or a hue that is just one or two shades darker than the wall color.

“Curb appeal matters when you’re selling,” says the designer. As long as a house isn’t bright purple, Blazek will try to save money by just touching up the shutters and trim around the roofline. For this LA home, which was white to begin with, she carried the olive green color that she used inside out, applying it to the French doors. Then she painted all the previously white shutters black for added definition. The most important thing is that the color doesn’t clash with the roof. “That’s always my first consideration when picking exterior paint colors. After the facade, it’s the next thing you notice,” she says.

A dated kitchen is a must-fix during the pre-staging phase. “If a buyer feels like they have a massive renovation to do before they move in, it can really put them off,” she says. Paint can get the cabinets to the point where they feel cleaned up. In this space, it was a matter of going from navy blue (a popular choice five or six years ago) to a classic black. “It was a more elegant option for the existing brass lighting and fixtures,” says the designer. Sanding the doors and refinishing everything is an expensive undertaking, but it can save a potential buyer the headache of pondering a gut job.

Pick Whites Based on Warmth

Bold wall colors definitely have their place if they feel cohesive. (Blazek wasn’t opposed to this home’s coral library and cornflower blue bathroom because they had other thoughtfully designed elements like wallpaper and stone going for them). Still, a blank canvas lets buyers picture themselves in the space. Blazek chooses her whites depending on the style of the home and the tones of the floors. For mid-century modern places, she prefers a crisp option like Benjamin Moore’s Super White and for Spanish-Mediterranean houses and even some ranches, she’ll go with a softer white, such as Alabaster by Sherwin-Williams.

There is such a thing as too much white. In fact, that was something Blazek was looking to solve in this home. (The ceiling beams, doors, and windows were all white). “It had beautiful architecture, but none of it was highlighted,” she recalls. So, in addition to doing the French doors and windows in olive green, she anchored the open-concept space by painting the fireplace black. “It’s an easy weekend job if you’ve got a quality tape,” says the designer. “Maybe don’t cover up one from the 1920s, but you can hide ’70s brick.”