For This Single Dad, “Not Too Precious” Design Means His Two Girls Can Go Everywhere 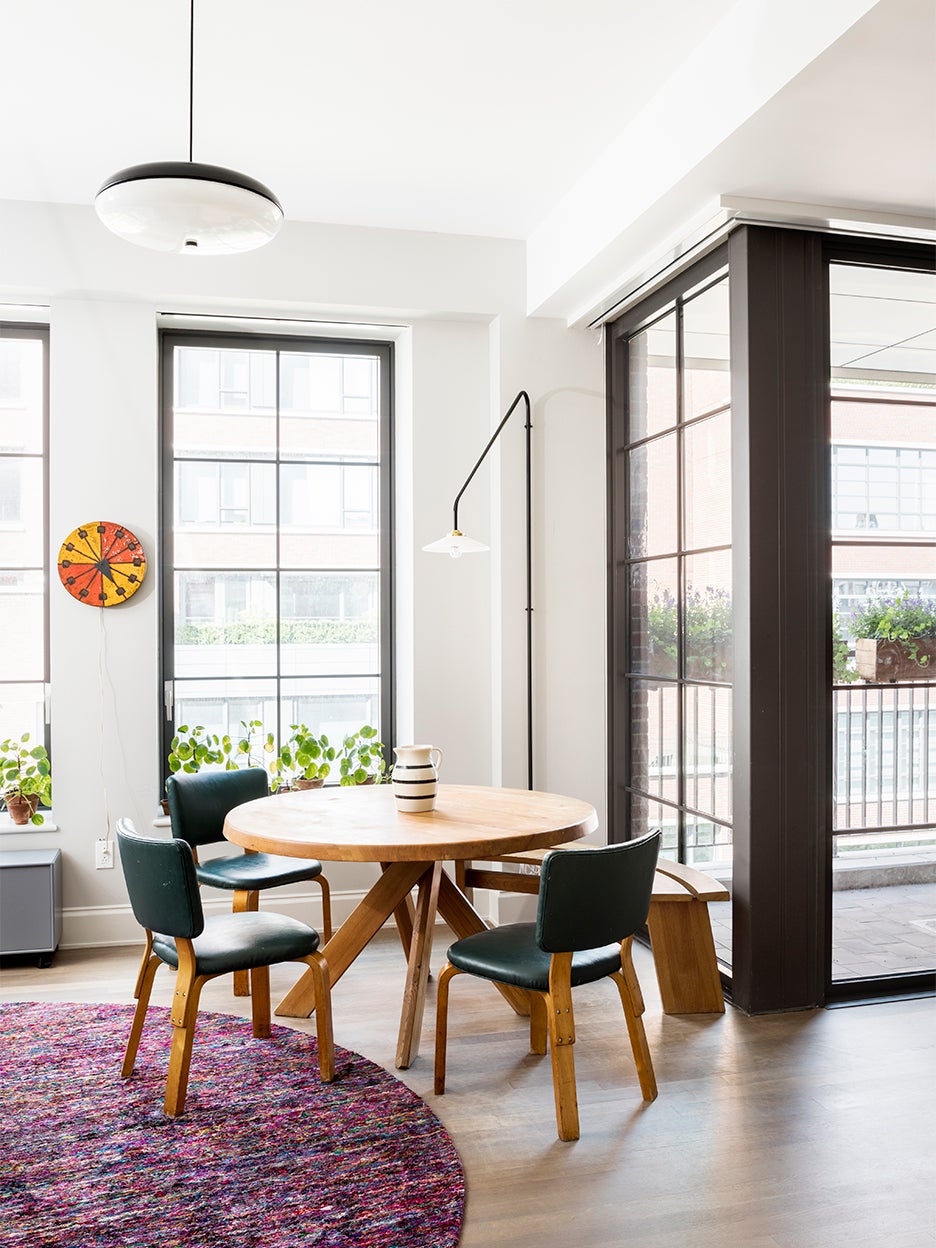 For a newly single dad living in New York City, finding a home that could fit his 7-year-old and 9-year-old daughters that wouldn’t feel too large when they were staying with their mom took weeks of apartment hunting. But all those viewings had an unexpected bonus: introducing him to his future interior designer. After finally signing the papers on a place in the West Village, the father reached out to Poonam Khanna of architectural studio Unionworks—the person behind one of the other staged listings he’d seen.

“This was a family that was going through a big change,” remembers Khanna. “The primary direction for me was to pick things that were warm and kid-friendly so his daughters would feel comfortable there.”

When the girls are at the apartment, nothing is off-limits, even the home office, where they will spread out with craft materials underneath the custom tube light fixture. Taking note of their preferred zones, Khanna then brought in extra-plush vintage rugs in deep-enough hues to mask an errant Magic Marker stain or two.

Even when something’s new, like the workspace’s storage cabinet, it appears as if it’s been living with the family for ages. Its original fronts were so white that Khanna rubbed tea bags into the bottom to match the worn-in look of the yellow sofa, an antique find covered in its original leather, which is still holding up to the wear and tear of daily use.

“The whole home is about not being too precious,” says Khanna. In the living room, which forms one big space with the dining area, the coffee table has a travertine surface you “can do anything to,” and the charcoal sofa’s scratchproof performance fabric can handle the inevitable odd stain and scuff with ease. The gallery-white shade of the walls and millwork throughout the home, made even brighter by all the natural light, also makes the perfect backdrop to hang the kids’ latest masterpieces.

Because the television isn’t centered in the room, the adjoining dining space is purposefully a little off-kilter. The brass shades of a sculptural light fixture from Lindsey Adelman Studio are turned every which way, and staggered shelves with endlessly rearrangeable dividers are hung asymmetrically on the back wall.

Symmetry, however, was the name of the game in the primary bedroom. “You couldn’t ask for something more calming in here,” Khanna says of the moody seascape quadriptych above the bed. The homeowner texted her pictures of the four pieces he was considering and she cosigned on the idea right away.

A sunny seating area, fit with floor-to-ceiling bookshelves designed by Unionwork, balances out the dark shades of the artwork across the way. The spot is another hangout for the sisters, who like to join Dad to watch TV on the deep sofa. Overhead, the light fixtures are set on a dimmer, ready for movie nights.

The custom 10-foot-long pegboard in the foyer, though, is the ultimate kid (and, let’s face it, adult) highlight. Dozens of pegs feature colored tips that can be removed and relocated along it and the other two boards to store everything from jackets and shoes to scooter helmets. Embedded into the wall with a steel brace, the bottom platform can support anyone from the girls to their father as they gear up for a day in the park. Just like the rest of the apartment, everything is equipped for family fun and a solo night staying in.