What People Wish They Knew Before Buying Their First Homes

Notes from the pros. 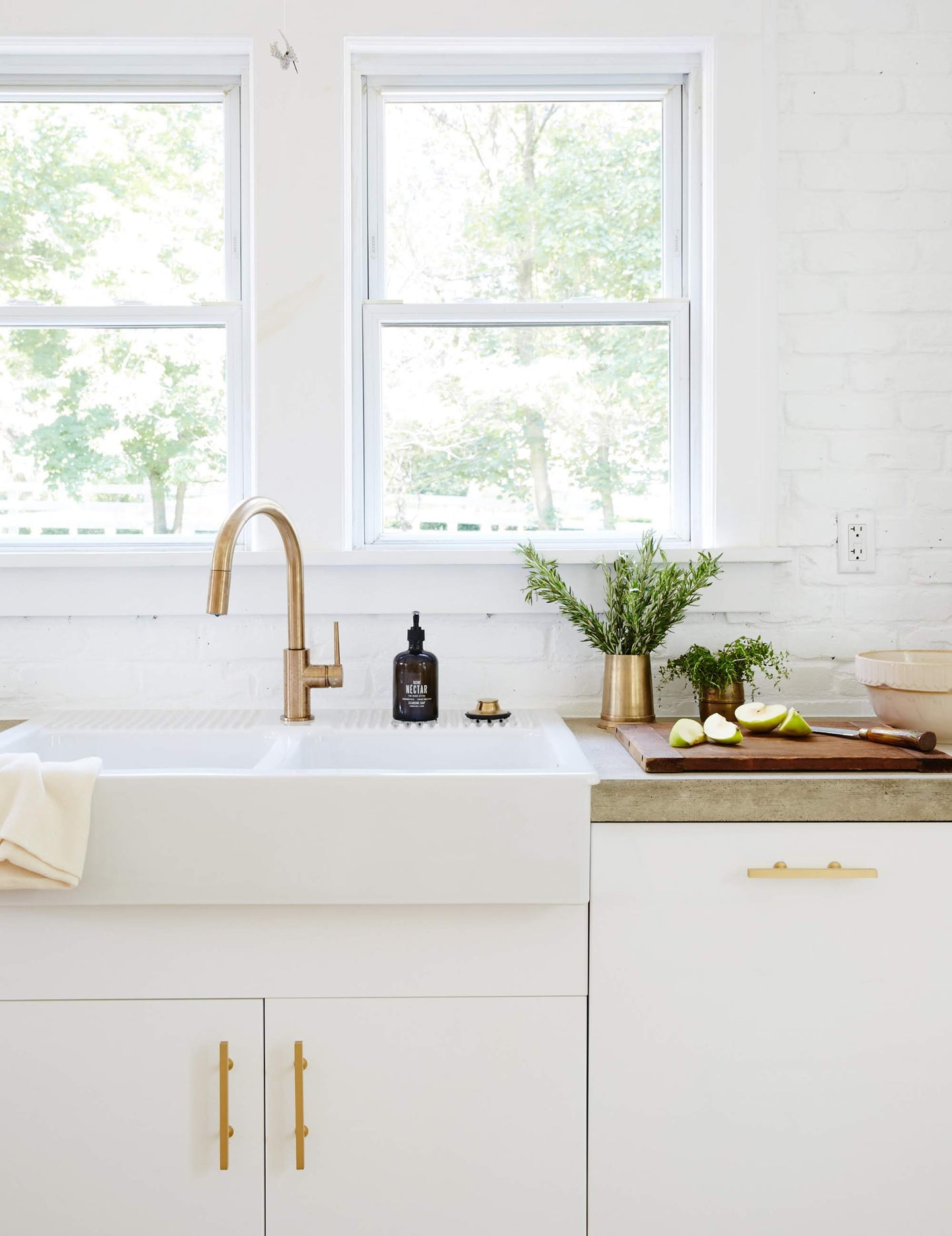 Buying your very first house seems straightforward in theory. You’ve watched your parents do it, probably a few friends do it, or at the very least seen enough real-estate shows on HGTV to catch the gist. But when it’s finally your turn, the whole process suddenly isn’t so simple. Even if you’ve done everything right—met with lenders, nailed down the ideal neighborhood, set up an inspection—you still come out the other side stressed and confused.

And then there are red flags no one (not even your agent) warns you about. So we asked recent first-time home buyers about the challenges they faced off the bat, the surprises that caught them off guard, and every little thing they wish they hadn’t overlooked. Here, six of them share their words of advice.

Don’t: Let Flashy Appliances in an Older Home Sway You

When you’re touring an older house, a new refrigerator can seem like a major bonus and the sign of a remodel well done. Kate Shannon Jenkins, who recently purchased a turn-of-the-20th-century home in New York, says to avoid getting distracted by bright, shiny objects. “It was everything I couldn’t see that was the problem: an incorrectly installed HVAC, un-waterproofed showers, a complete lack of insulation, and structural problems that led to leaks,” Jenkins recalls. When she got rained on in bed one day—not dripped on, rained on—it was a literal wake-up call.

Do: Talk to the Neighbors Before Putting in an Offer

After losing a few bidding wars, Pittsburgh-based photographer Erin Kelly and her husband decided to take a personal approach. When they fell in love with a beautifully preserved Craftsman the day it went on the market, they popped over to the neighbors’ house, introduced themselves, and hit it off with them. The couple got a ton of inside scoop on the property and left with an endorsement from one of the neighbors. “She told the owners we were her vote,” says Kelly. The pair later learned that their offer wasn’t the highest, but the glowing recommendation made them the clear winners.

There will be plenty of ups and downs throughout the buying process, and a lot of them will happen on the day you move in (drywall gets damaged, paint gets dirty, light fixtures go awry). Katie Quinn looks on the bright side. “The dents in my floor don’t make me love my apartment any less,” she says. “It reminds me of my family, who helped me throughout the process, but also—they should never start a moving company!”

Do: Inspect the Ceiling and Basement Thoroughly

If you’re toying with the idea of putting in an offer on a place while you’re still in the middle of the tour, ask your agent if you can take a closer peek at things. Kelly suggests looking under drop ceiling tiles for cracking plaster, below rugs for floor irregularities, and along basement walls for mold.

Once your inspector is on-site, investigate the plumbing and condition of the sewer lines, says Kevin Newberg. Older lines made of cast iron will fail sooner rather than later. “If it’s in poor shape (even if it’s past your property line), the onus is on you to pay for repairs where it meets the main line,” he says.

When Jane Gray Henderson and her husband got their home inspection back days before they settled on the house, she was shocked to find 35 pages of “problems” that needed to be addressed, from the water tank to the roof to the outlets. “Needless to say, I panicked,” she says. It didn’t take much asking around, though, before she found out that this is typical: It’s the inspector’s job to point out any potential liabilities, and most of these tasks (say, repairing a cracked sidewalk so that people don’t trip) aren’t urgent to-dos but rather fixes to tackle in the future.

Do: Stick to Your Budget During a Bidding War

In competitive markets like New York, you’ll find yourself in a bidding war without even realizing it. With one property Henderson and her husband were considering, it became clear that her real-estate agent was using their bid to increase the pool of offers. “Is that your best and final was the phrase she used,” Henderson recalls. The couple became so focused on getting the house that all rationale disappeared and, with it, the original budget they had set for themselves. They came to their senses before putting in another higher bid, but Henderson looks at it as a reminder to be firm with yourself. “It’s easy to get caught up in the moment,” she says.

Now a tip for the wannabe renovators: As much as we’re all for refreshing the wallpaper in a space, know that the removal process isn’t easy. Henderson naively assumed the wallpaper in her newly purchased home (which covered nearly every surface) could be peeled off and the bare walls painted. “I’ve since learned that wallpaper is often hiding issues in the walls (or even a missing ceiling!),” she says. It’s also not always installed properly—Henderson scraped a ton of excess glue off her walls.

Do: Splurge on High-End Finishes

Compromise is a word you’ll hear often during the home-buying process, but don’t take it to heart 100 percent of the time. For her Colorado cabin, Sarah Lawrence wasn’t willing to give up on the idea of faucets and fixtures from U.K. kitchen brand DeVol, so she was willing to wait a few weeks (and save cash in other areas of the house) for the pieces to arrive. Just keep in mind that you might have to make small changes in your budget and timeline to accommodate those needs. “We had originally wanted a kitchen sink that was $1,500 and found a look-alike for $350,” she says. Relax: The pieces always fall into place.

See more advice stories:  9 Cleaning Tricks That Get Rid of Kitchen Smells for Good Let It Go: This Exterior Home Improvement Isn’t Worth the Money The Organization Brand Our Social Media Editor Turns to Again and Again