What We Learned From Buying Our Home Sight Unseen 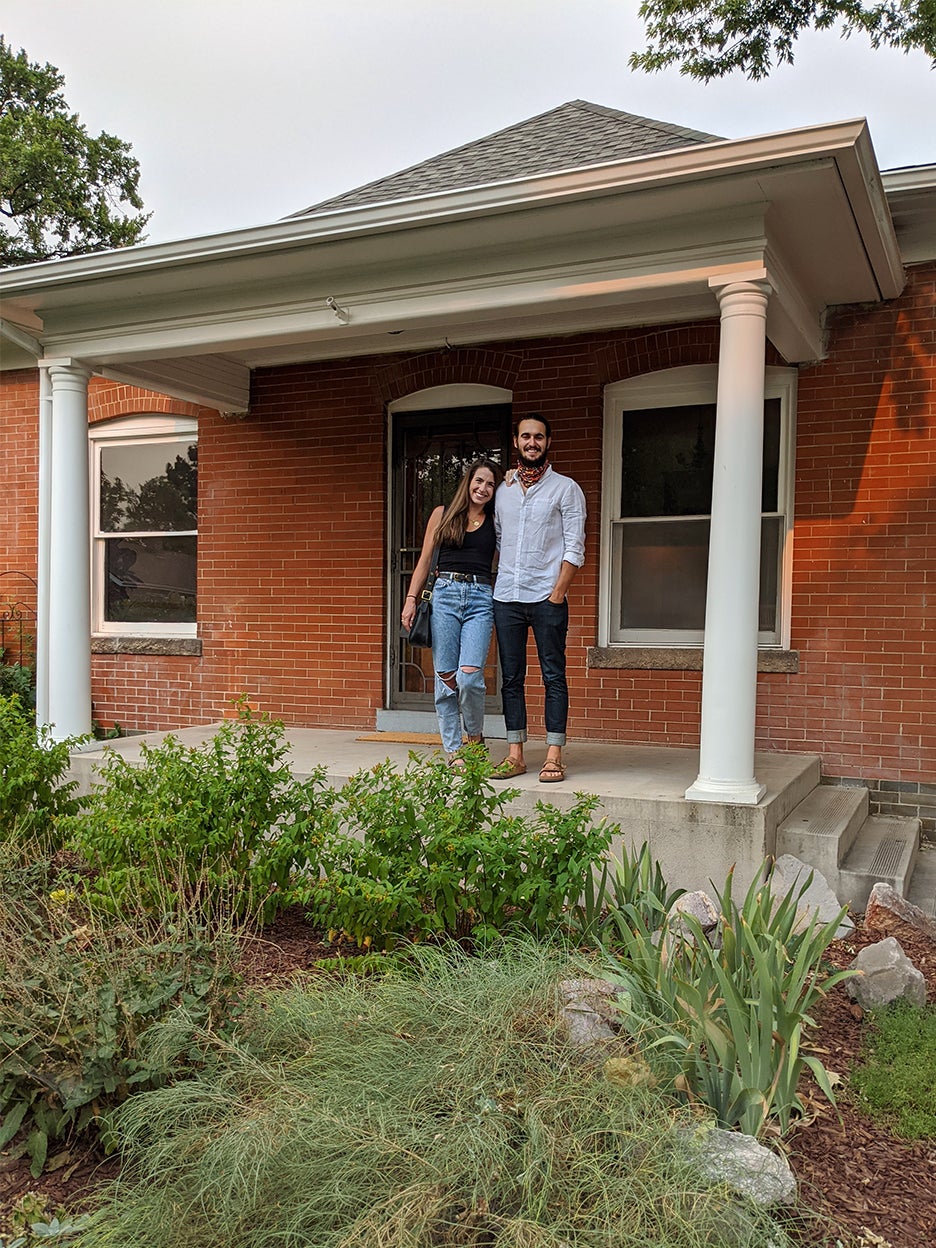 “The idea of leaving New York is very cliché,” says Robert Green. COVID-led mass exoduses from cities—NYC and beyond—have been the subject of countless think pieces, and yet it’s exactly the situation Green, a landscape architect, and his girlfriend, Elizabeth Wilson, who works in sports media sponsorship, found themselves in when the lease was up on their factory loft in Brooklyn. “We had been talking about moving away for a while, and realized that this was as good a time as any,” he says. “We did the math and the cost of mortgage payments and a car would still be less than what we currently pay in rent—plus there would be the benefits of a yard.” They could own chickens and possibly get another dog. Luckily, the couple’s jobs allow them to work remotely, so they started looking for their next home in July, a procedure they did entirely online without so much as stepping foot on the property before signing the paperwork.

First, they needed to pick a zip code.“There wasn’t an elegant process to selecting it—we just knew we wanted to try a new part of the country,” says Wilson. They narrowed it down to Phoenix; Portland, Oregon; and Denver, based on a number of factors both big and small (“Denver was the city on the list with the fewest reported pest problems,” Wilson points out), ultimately choosing the Colorado capital. The early days were spent scrolling through local real-estate blogs and Google street views to get a feel for their new home base. In the end, they toured two spaces via FaceTime and made a purchase from almost 2,000 miles away.

One month later, they were making the 27-hour road trip to Denver with their dog and 10-year-old cat, the latter of whom promptly experienced motion sickness as they went over the Brooklyn Bridge. “I think there’s symbolism in there somewhere, but I haven’t found it yet,” says Wilson. By the time they had pulled up to the 1907 red brick bungalow, complete with massive windows and a fixer-upper backyard, they knew they had made the right decision. “Obviously, the process is going to bring with it some anxieties,” says Green. “But life is short, and you have to take a risk if you have the means.”

We chatted with the couple to hear how they navigated buying a home sight unseen.

Go With Your Gut on Your Realtor

The most important part is finding a real-estate agent you can trust. Green, who had never been to Denver before, blind-emailed one from a reputable company and explained their situation. “We read reviews online to confirm our decision, but we were looking for someone who had lived here the majority of their lives,” he explains. “We had a great feeling about ours.”

Before making their final offer, the couple sifted through hundreds of listings online. “We were able to quickly get a sense of the area and if a home was a potential fit that way,” says Green. Three-dimensional walk-throughs are now common practice on many real-estate websites, and he suggests poking around on your own before sending your agent to examine anything in person.

Get a Second Opinion

“Be wary of listing photos,” cautions Green. “The lenses that photographers use make everything seem a lot bigger than reality!” Their biggest tip for avoiding scams? Double check the street view. You’ll be able to feel out the scale and catch any red flags.

Insist on an Inspection

Three months after moving in, the couple still haven’t had any major shocks. “I attribute that to diligence on our end and having an inspection,” says Wilson. “We knew any quirks we were walking into and what the plan was.” They did a virtual walk-through with their agent and took notes during the call. Not only did it help uncover a potential issue with a sewer pipe, but it also became a helpful document they could reference during the move. Whether you’re using an expert or have a friend checking in for you, they recommend thoroughly examining every possible square inch. “Our agent even checked the shower water pressure for us,” adds Wilson.

Accept the Fact That You’ll Feel Weird About It

It’s definitely an unorthodox way to house hunt, but as long as you’ve done your homework, try not to overthink it. “I think I asked Rob at least 20 times if there was any chance we were getting scammed as we sent along personal information and the majority of our savings to people we had never met,” remembers Wilson. On the actual signing day, the couple filled out the paperwork with their notary watching via video call. “It was bizarre,” she says. “As far as finding comfort in the process, you just have to remember to breathe.”