The Trendiest Home in Kansas City Is an 8-Room Guesthouse

Dreamed up, from demo to design, by one creative. 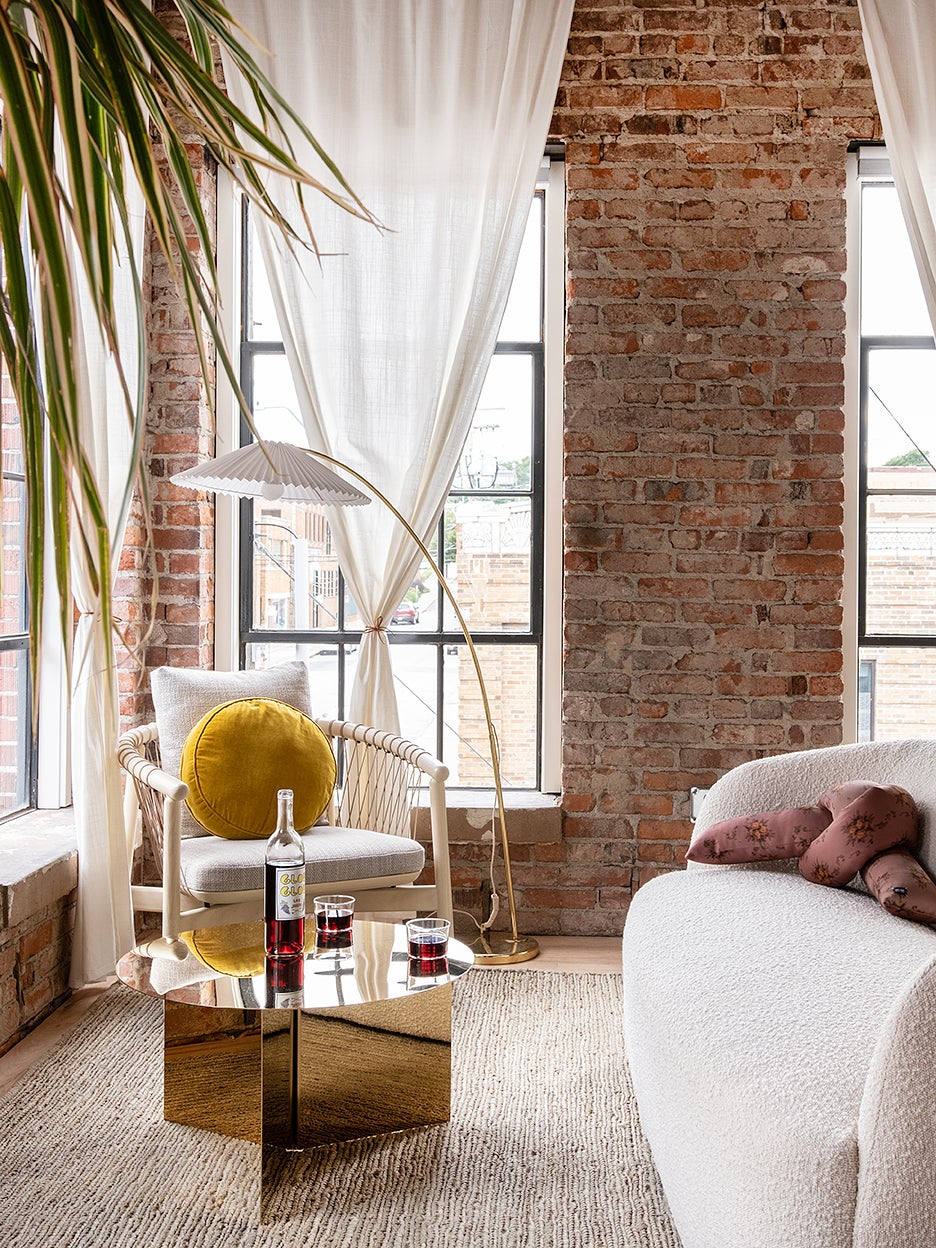 The idea for No Vacancy—an eight-room vacation rental in Kansas City, Missouri—came to founder Spencer Sight in a vision. “Seven years ago, I had a dream about the building. It was unusual, because this was before I was even renovating houses for a living,” remembers Sight. “It definitely left an impression on me.” However, that’s as far as the fantasy got before a less-glamorous reality started to sink in: He spent the next few years just trying to buy the property, and once he had, it was another two years of renovation. Now, finally, the guesthouse is open for business. “It was a beast of a project, and being done feels surreal,” he adds.

The building itself is a historic 100-year-old property in the heart of the city. Sight worked with his father, a Commercial Realtor, to give it a head-to-toe refresh: The first floor is dedicated to retail, housing a number of eclectic boutiques, and the second, originally an office, is the guesthouse. “The core concept is that people can book out the whole place, essentially creating their own personal hotel,” he explains. To get a feel for running a hospitality brand, Sight put his own home on Airbnb for a year and quickly learned that the Midwest customer base was craving edgier, funkier design. Enter: a 4,000-square-foot space filled with Herman Miller pieces and whitewashed brick. No two rooms are exactly alike.

Throughout the renovation, Sight wore many hats, from architect to web developer to accountant. It was a hands-on learning experience in every sense of the phrase: The walls all had to be fireproofed, 70-year-old tile (“the gross kind”) ripped out, and miniature skylights installed to brighten up dingy interior rooms. “I feel like both my dad and I aged in the process,” jokes the designer.

advertisement
“The core concept is that people can book out the whole place, essentially creating their own personal hotel.”

The fun part came later, when it was time to outfit the place. “I had a pulse on auctions, estate sales, and Craigslist over the past couple of years to find preloved pieces that I ended up shaping each room around,” says Sight. He dropped everything into a Photoshop layout, filtering sofas and light fixtures into the spaces they felt most related to. Each guest room would get its own personality, built around the discovery of one object.

In Studio One, that’s the countertop. Unable to find anything premade with dimensions that would fit ADA-accessibility requirements, he went the custom route. Eventually, he tracked down a maker who pulled a collection of marble and granite from old hotels around Kansas City to create a bespoke terrazzo slab for the kitchenette. “It’s like a little piece of local history,” says Sight.

In Studio Two, there’s the hand-carved bed frame (a Craigslist score) made by Amish craftspeople, held together by wood pegs instead of screws. Studio Five boasts an original claw-foot tub. “I’ve had people book the room simply because of that bathtub,” notes Sight. And it’s all about the purple Aelfie tiger rug in Studio Seven. “It was too nice to put on the ground, so I hung it on the wall,” he says.

This attention to detail continues outside, where a courtyard is anchored by a vibrant mural. It was brought to life by Sight’s friend Kit, an artist he had met on Tinder years earlier and remained close friends with—she even had her wedding reception in the building while it was still under renovation. “I gave her some guidelines, like the color palette and checkerboard, and we went back and forth right up to painting day,” he says. “Now it’s the exclamation point of the whole project.”

It’s a tough time to be opening a travel-related business, but Sight seems to have cracked the code: Thoughtful, original design coupled with a personalized hotel experience makes for a winning combination that will be all the more appealing to stir-crazy customers in need of a getaway. “None of this could have been done alone—that’s my biggest takeaway,” he says. “Whether it’s the muralist or the person who painted limewash on the walls or the photographer who captured the space…it’s really been a labor of love from so many people.”