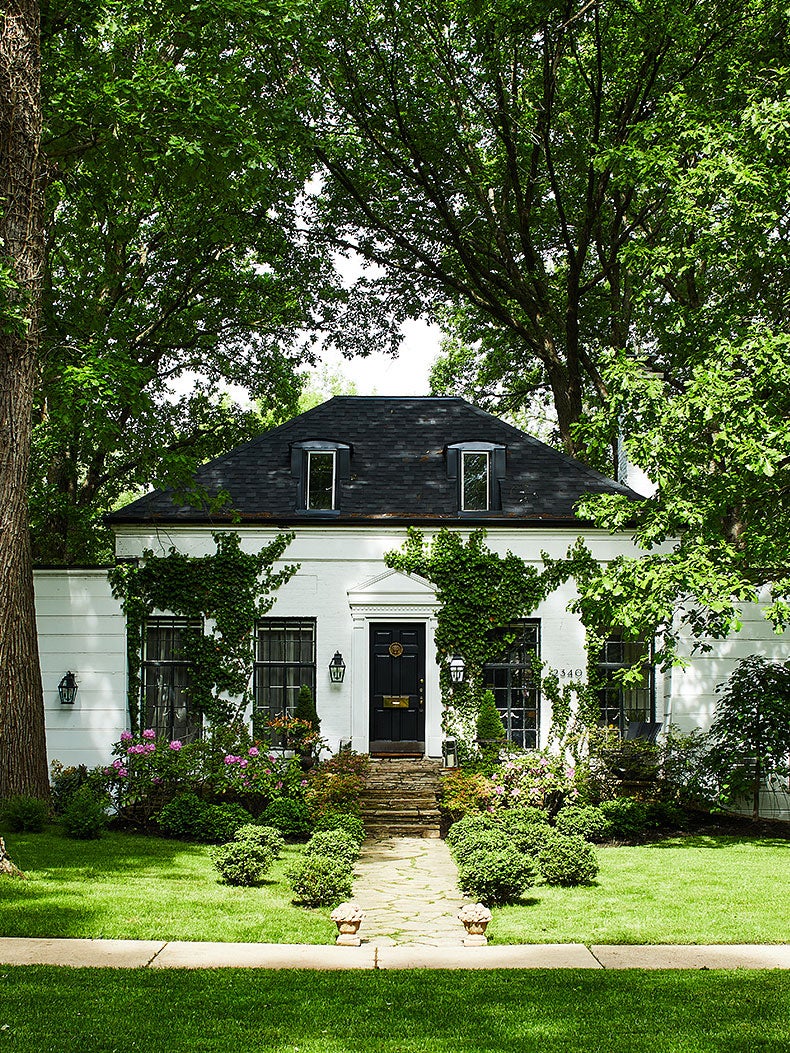 The moment Sebastian Brauer, Crate & Barrel’s vice president of product design, drove up to the 1,500-square-foot cottage on the North Shore of Chicago, he was sold: It sat under a canopy of ancient oak trees, the walls were covered in original 1929-era crown moldings, and it even had a sunken living room. “I was looking for something that had a lot of charm, because that’s really hard to replicate—it has to be there from the beginning,” he explains.

Brauer signed the paperwork in February 2019 and moved in a month later after a series of scrappy renovations—turns out, there’s a downside to snappy first impressions. “I was completely blinded by that charm!” he says, laughing. “It needed so much work, and I’m still barely there.” Eager to preserve as much of the original character as he could, Brauer decided to approach it as a restoration rather than a remodel—no walls were torn down in the process. “The home’s Art Deco flair reminded me of Old Hollywood, so it became about making that glamour feel modern,” he says. “It’s a hybrid of that luxe look and a cozy English cottage.”

The good news was that the house already provided those elegant architectural details he was after; all it needed was a facelift. With the exception of the black-and-white–checkered entry (“It’s actually linoleum from the 1950s!”), he refinished all the original floors, ripping up wall-to-wall carpet in the bedroom and staining the red oak a softer, more natural hue.

His big splurge was on paint. Brauer chose velvety Farrow & Ball hues, including a bright white to lighten the once-brown bedroom. However, the predominant shade is an homage to Picasso’s Blue Period: “This may sound like a stretch, but it’s true,” he says. “I used the palette of his paintings from that time to create color combinations.” The range of bottle greens and inky navies comes through in every room, be it via the walls or the furniture—though the standout has to be the moody dining room. “I can get lost staring at those blue walls, which remind me of Vermeer paintings,” says Brauer. “I’ve had many fun candlelit dinner parties here, and now it’s my office. It feels like the heart of the home.”

advertisement
“Charm is really hard to replicate—it has to be there from the beginning.”
advertisement

He also turned a spotlight on the small moments. Aside from a lighting refresh (the vintage Angelo Lelli fixture that hangs in the living room is one of Brauer’s most-loved pieces in the house), this mean swapping out the hardware. In an effort to riff on the old English brass accents that came with the home, he sourced mostly vintage pieces, scoring door knockers in Milan and a coat hook from the Waldorf Astoria hotel. “It’s a little detail, but I wanted to make sure everything felt consistent,” he adds.

As for that cozy cottage idea that originally drew him in, nowhere is it more evident than in the garden. “One of my favorite books that I immediately thought of when I walked in was Jasper Conran’s Country,” remembers Brauer. “I’ve always wanted to live in a house that had that English countryside feeling.” He now spends early mornings sipping coffee outdoors and nights listening to the owls that gather in the treetops. Brauer has even found a passion project in turning that space into a “collage” by layering boxwoods and peonies into a base of Japanese maples, flexing his newly discovered green thumb—though he’s in no rush to finish the project. “I think it’s important to live with a house first, so I make gradual improvements as I go that fit the life I want to have,” he explains. “I like to take it all step-by-step.”