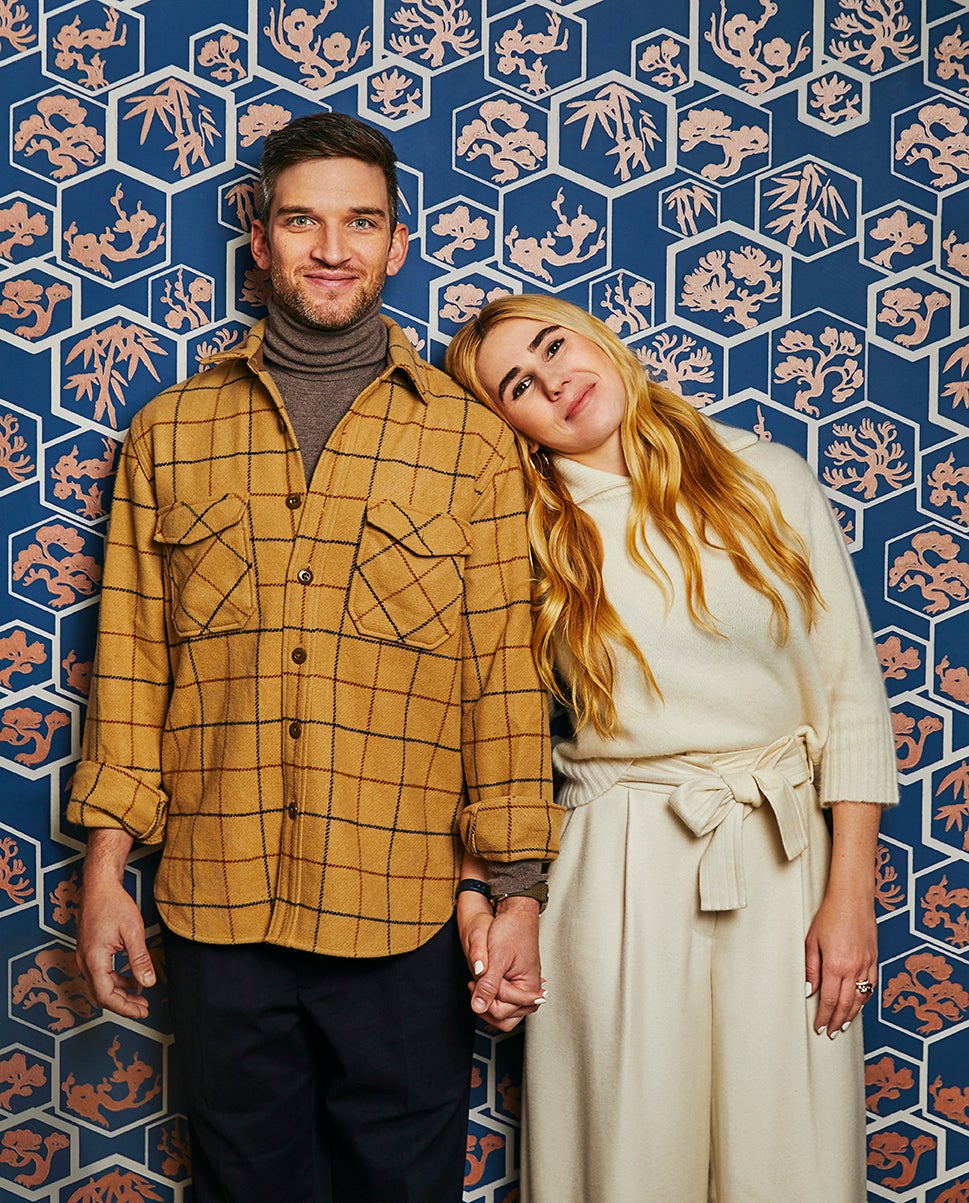 This story originally appeared in the Winter 2019 issue of Domino, titled “Cabin Cozy.” Subscribe to be the first to receive each issue.

A few years after buying their Hudson Valley cabin in 2014, actors Zosia Mamet and Evan Jonigkeit knew they wanted to give it a major update. When they’re not working—post-Girls, Mamet is shooting The Flight Attendant, an upcoming series for HBO Max, while Jonigkeit has a handful of films coming out in 2020—the couple heads to the property as a welcome escape from Manhattan.

“It was love at first sight with this house, but it had an L-shape kitchen, so you couldn’t have two people in there at once,” explains Mamet. “That room was the impetus for our renovation.” They envisioned “a place for family and friends, where everyone could be cooking and talking”—or catching a movie in the garage–turned–wallpapered screening room.

The building had undergone additions twice previously, and the pair loved the existing footprint, so they decided to simply streamline the layout and open up the space more. “We wanted to stay true to the rustic feel and original 1920s structure,” Mamet adds.

When the contractor dropped out a few months before the project wrapped up, Jonigkeit called on artist friend Sean Roach (the two built theater sets together in college), along with interior designers Brett and Kara Phillips of High Street Homes, to help complete the update—which included “chinking” (sealing the gaps between the logs, a process Jonigkeit mastered by watching YouTube videos); adding an infrared sauna room; and installing a 12-foot sliding glass door, which opens out onto the nearby lake for the ultimate immersed-in-nature moment.

Another detail inspired by their surroundings: Jonigkeit collected Hudson Valley postcards from the 1800s to the 1960s to create a layered accent wall. “It’s fun for first-time guests to see correspondence from past visitors to the area,” he says. The perfect element for a home already rich in history.

See more from our Winter issue: Sarah Sherman Samuel’s Epic Fixer-Upper Is the Stuff of Reno Dreams What Does It Take to Make an 1850s Victorian Home Feel Thoroughly Modern? Courtney Adamo’s Newly Renovated Cottage Is the Perfect Fit for Her Family of Seven