When This Designer Came Home to Find His Ceiling in His Tub, an Epic Reno Followed

Leading to an exposed brick discovery. 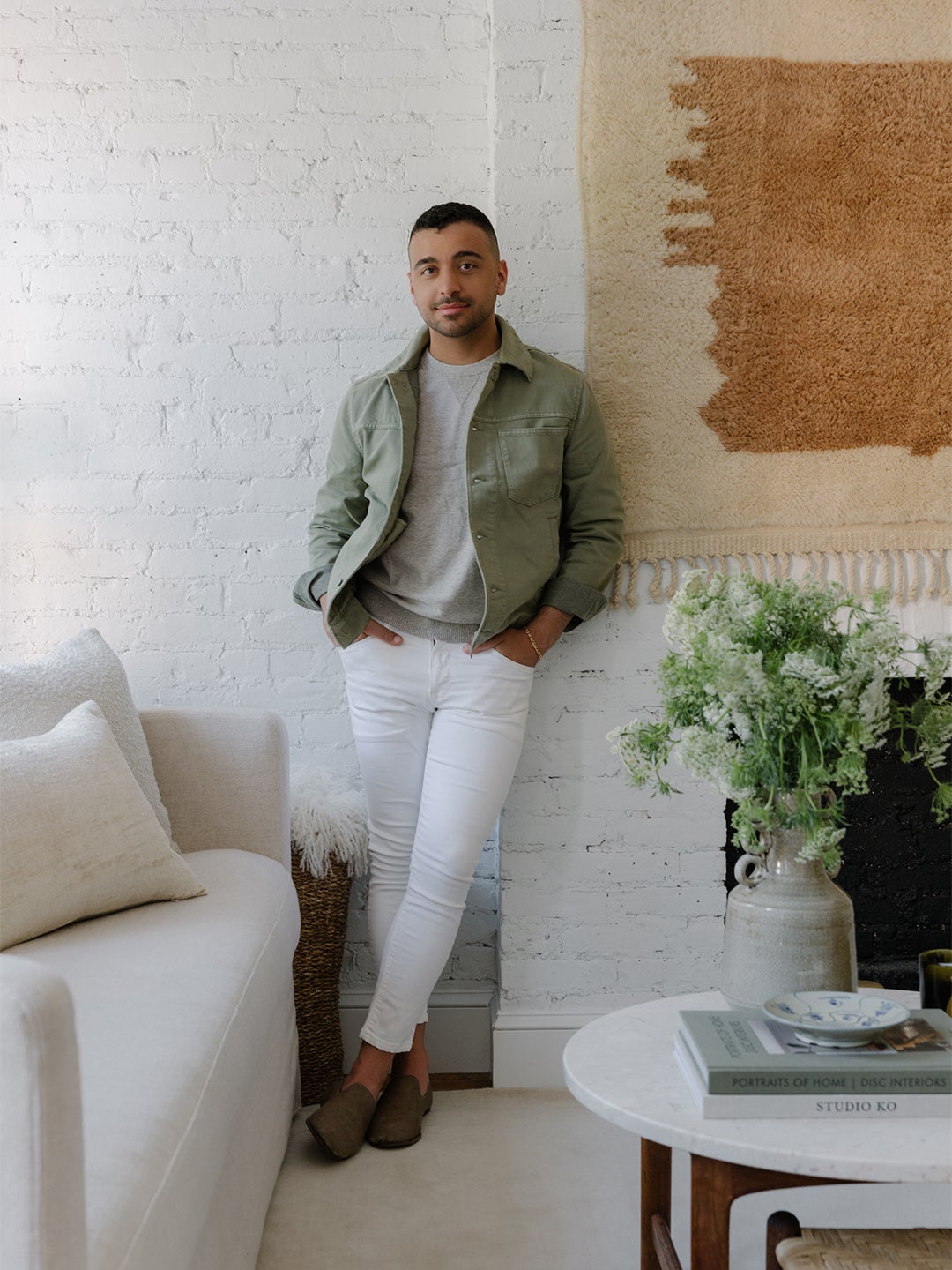 In a way designer and stylist Justin DiPiero’s once green kitchen and formerly purple bedroom are the reasons he scored his Park Slope, Brooklyn, studio in the first place. The bad paint choices warded off all other potential buyers for the 80-something days it sat on the market. “If it had been just painted white, I feel like it would have sold in a minute,” he says.

The 500-square-foot prewar studio had good bones that spanned original hardware, inlaid floors, and arched thresholds. “All those little elements spoke to me,” he recalls. But other than a cosmetic overhaul in the kitchen and bedroom, he had no plans to tackle any other major renovations off the bat. Then his upstairs neighbor had a leak. “One day I came home from work to find the bathroom ceiling in my tub,” he says. There was no ignoring that changes needed to be made. The mini bathroom disaster kicked all his plans into high gear.

DiPiero had a hunch there was exposed brick hiding behind the painted plaster walls in the living room (the small bump-out around the fireplace gave it away). The textured surface along with all the other walls in the apartment got a bright coat of Decorator’s White. The blank canvas allows the Rothko-inspired Beni rug the designer hung as if it were a painting to shine. 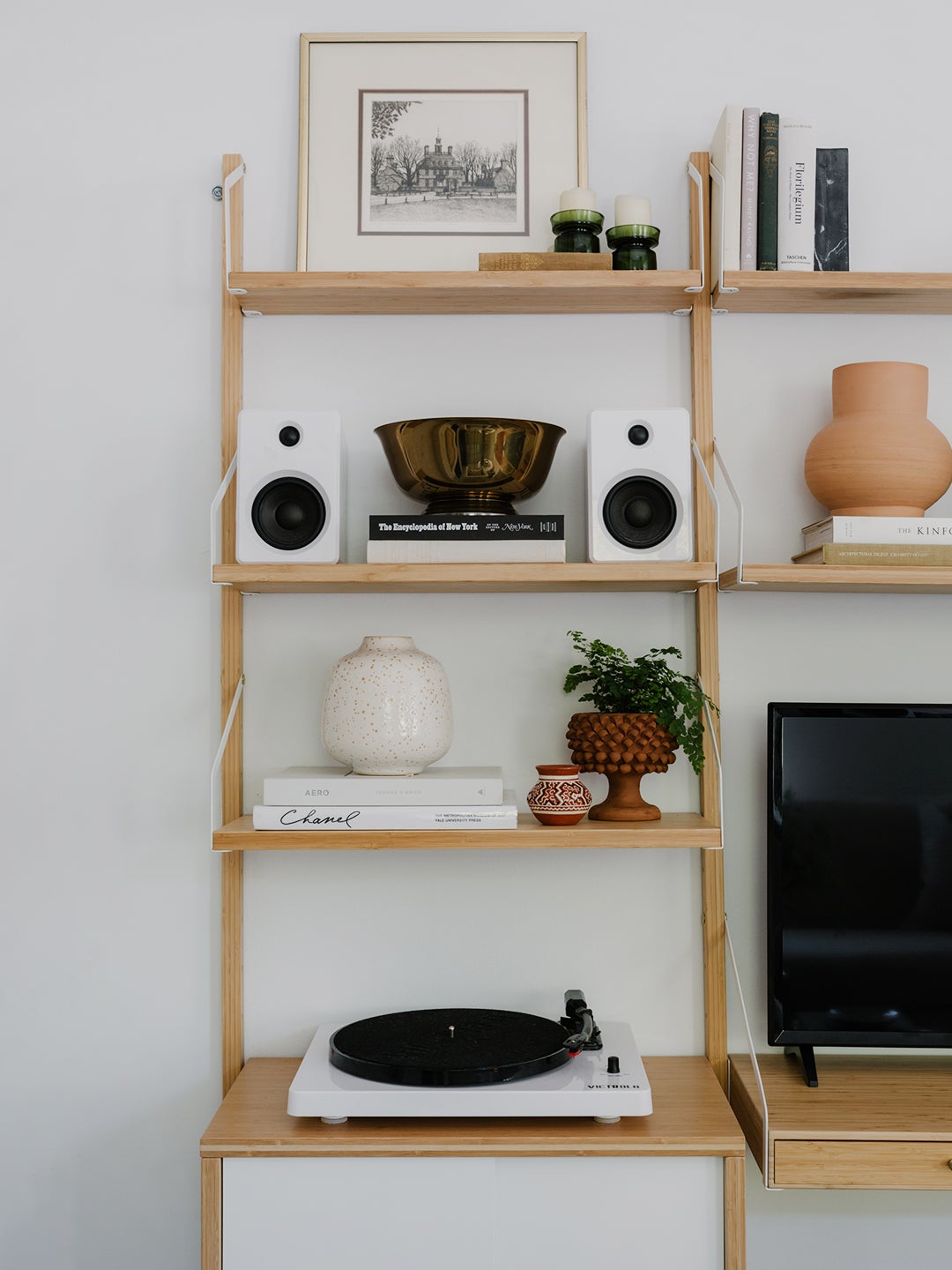 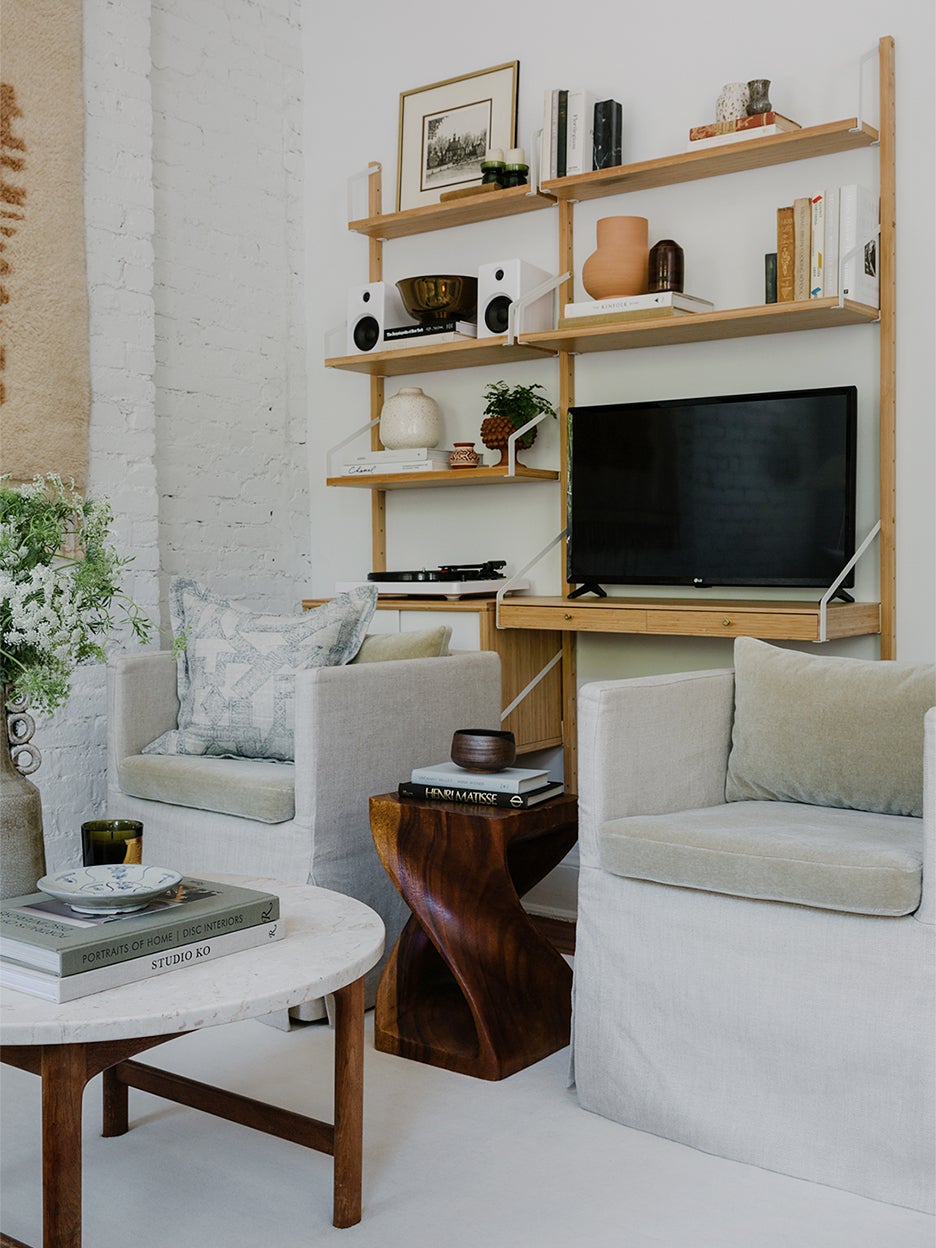 From there DiPiero focused on bringing in furniture that could pull double duty, like a sofa bed and slipcovered dining chairs from RH that can easily be pulled over to the kitchen table when guests come over. The pieces can swivel around and triple as a desk chair, too.

Push the Kitchen Aside

In photos the old kitchen layout didn’t appear all that cramped, but in reality the peninsula was only 2 feet wide, making it impractical for storing large cooking tools. “By doing one wall of cabinetry, I knew I’d have space to fit a dining table,” says DiPiero. Choosing a table with a solid surface top was key to it all. When he needs extra prep space, he can move food over to the makeshift island and scoot the bench under and out of the way.

For the cabinets, DiPiero shopped IKEA’s assortment—no hacking whatsoever—and designed the layout so the cupboards extended all the way to the ceiling, taking advantage of the precious storage real estate.

Since the tub measured a mere 5-by-6 feet, DiPiero scrapped it for a full-on wet room (both the slate floors and clean subway-tiled walls can stand up to water). The floors have a slight slope, so he didn’t have to block the area off with a shower curb—a glass partition creates the illusion of depth and space. “It eliminated a visual impediment and made the space feel as open as possible,” he explains.

The now serene bedroom features an oversize powder-coated Serge Mouille pendant lamp, upholstered Interior Define bed, Crate & Barrel dresser, and not much else. “I wanted to give myself a respite from city life,” he says. “It’s not overstimulating. It’s just simple.” Purple walls, begone.