You Can Now Buy Towels That Clean Themselves—Really

We talked to the founders of the world’s first self-cleaning towels to discover how they did it. 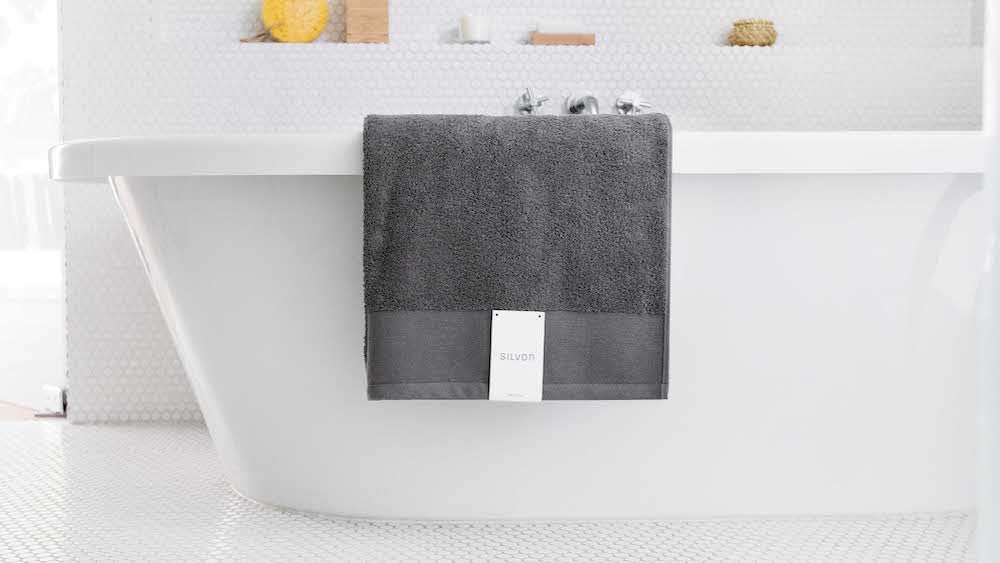 There’s nothing worse than taking a shower and feeling fresh and clean, only to pull out a towel and realize it’s musty. And no matter how often you wash yours, you’ve probably experienced that gross factor at one time or another—which is where Silvon comes in.

Last year, the company raised over $1.5 million on Kickstarter to manufacture self-cleaning sheets, and it was such a huge hit—they raised more than $535,000 and their goal was $20,000—they decided to put that technology to use for towels as well.

Founder Alex Szpakowski tells Domino, “Towels are a breeding ground for bacteria. Clean towels can have countless benefits to your health and wellbeing—if you care about your skin, a fresh, clean towel is a simple and easy addition to your skincare routine. Or, if you’re just tired of hopping out of the shower only to dry off with a musty towel, ours eliminate the bacteria that cause this odor.”

The company makes use of pure silver (hence the name) infused into the cotton fibers, which in turn kills unwanted bacteria. “Antimicrobial silver has been used in the medical community for many years now,” Szpakowski explains. “This technology has been verified by more than a decade of testing at research institutions, including Pennsylvania State University and Cornell University. Our products rely on the oligodynamic effects of natural silver, a well-regarded antibacterial property that destroys bacteria cells, and the towels are tested and certified by independent labs.”

And the inventive technology doesn’t mean the company has skimped on style: Each towel is made of 100 percent pure organic cotton, and no harsh chemicals have been used. “We knew we had to create something that was functional and beautiful, but also blended into any environment,” says Szpakowski. “We think less is more, which is why we don’t include unnecessary patterns or detailing. Instead, we designed the focused on a simple design using the most comfortable fabric we could, and natural materials. To start, we’ll only be offering the towel in grey.”

You can support the company—and even get yourself your own set of towels, depending on how much money you pledge—at their Kickstarter campaign here. The towels will be ready to ship in February 2018, and will retail for $39 for a single bath towel and $59 for a towel set, which includes a bath towel, hand towel, and washcloth. (And for those who love to do the laundry: Yes, you can wash them, but you don’t necessarily have to.)

And that’s not all: Once the project reaches $60,000 (and it’s oh so close) the company will also release the bath mat version. Consider all your bathroom necessities sorted.