The A-lister’s production studio is all about empowering women. 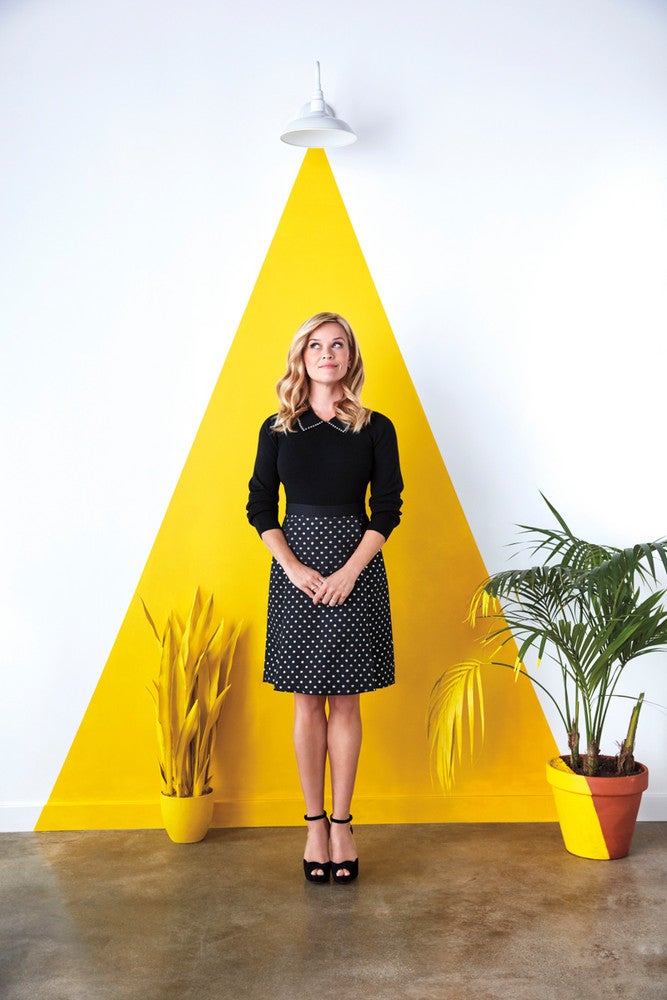 You might think that as an Oscar-winning actress who also has an Emmy under her belt for her producing role on HBO’s Big Little Lies, Reese Witherspoon would look to top Hollywood stars for career inspiration. But it turns out, her role models are refreshingly far from the red carpet. “Eleanor Roosevelt has always inspired me. She was so outspoken and astute,” says Witherspoon—who, in 2016, cofounded Hello Sunshine, a cross-platform multimedia company dedicated to telling female-driven narratives. (A true entrepreneur extraordinaire, she also launched the clothing line Draper James in 2015.)

For someone known for portraying headstrong leading ladies in such ﬁlms as Election, Legally Blonde, Walk the Line, and Wild, the new initiative came out of necessity. “Once I started looking around, I realized there weren’t a lot of interesting stories for women, by women, or about women,” says Witherspoon. “There is so much more to the female experience.”

The ﬁrst step was to stake out a headquarters, which Witherspoon found in a huge, raw space in Santa Monica with “great natural light” and lots of potential. She knew that in order for Hello Sunshine to thrive, the company needed to eschew a traditional office layout in favor of an “easy environment where everybody feels very comfortable.”

Employees don’t have dedicated desks; instead, people can ﬂow through the sun-drenched rooms and gather wherever they feel most inspired. “We are constantly meeting with actors, writers, and producers,” explains Witherspoon. “The office is really an open space for women to work together. There are famous authors next to 20-year-old pop stars.”

To conceptualize key areas, Cynthia Rupeka, director of strategy and operations, worked closely with Witherspoon and Crate & Barrel. “Female storytellers and complex female protagonists are at the core of the company,” says Rupeka, who is also in charge of growing Reese’s Book Club by Hello Sunshine, an online community that Witherspoon began in 2016, where she posts her favorite reads on Instagram (Witherspoon’s current faves: Ann Patchett’s Truth and Beauty and Francesca Segal’s The Awkward Age).

“We knew that we wanted a huge bookshelf on one of the big blank walls,” adds Rupeka, an idea they made a reality by turning to Crate & Barrel, which codesigned and outﬁtted the entire space with furnishings like a mid-century–style credenza and a solid walnut conference table. Witherspoon launched a partnership with the brand (which now carries select Draper James items), and debuted a tabletop and entertaining collection in spring 2018. “It’s full of pieces that elevate hosting and gathering,” the actress explains.

Always striving to bring people together, Witherspoon champions a collaborative spirit wherever she goes—and literally beams positive vibes from the Hello Sunshine office walls. “We have a neon sign that captures the values of the business: Optimism, humor, curiosity, generosity, honesty,” she says. Another wall is dedicated to the team’s favorite quotes, with words from Beyoncé, Michelle Obama, and Joni Mitchell, among others, typed on pieces of paper and pinned up to create the ultimate literary mood board.

Further channeling a place for bright ideas, a painted triangle of yellow “light” carries over to a potted fern, dipping the leaves in the same sunny hue. The concept came from Pinterest, says Witherspoon, who is “obsessed” with the platform. “It’s where I ﬁnd a lot of my inspiration,” she notes.

Even the layout of the kitchen encourages constant ideation. “It’s communal,” says Rupeka. “There are small tables and little corner nooks you can escape to. People are always having spontaneous meetings.”

But Witherspoon has no plans to slow down anytime soon. She’s about to star in Apple TV’s much-awaited The Morning Show, alongside Jennifer Aniston and Steve Carell. In mid-2018, Hello Sunshine rolled out an OnDemand Channel with an original talk show–style series starring Witherspoon. We’re still waiting on intel for the second season, but we have no doubt she’ll be doing what she does best: embodying female power in all its beauty and complexity.

“At the end of the day, that’s really our focus,” says the actress of her new venture. “Women need to be at the forefront of telling their own stories.”

This story originally appeared in the Winter 2017 issue of Domino, titled “Here Comes the Sun.”

See more inspiring offices: Outdoor Voices’s New Office Will Make You Want to Work There Inside the Domino Office, Where Good Vibes Rule Rachel Zoe’s Office Is a Wellness-Focused Haven