The Design Event Everyone in NYC Is Talking About

Plus, the one room you won't want to miss in it. 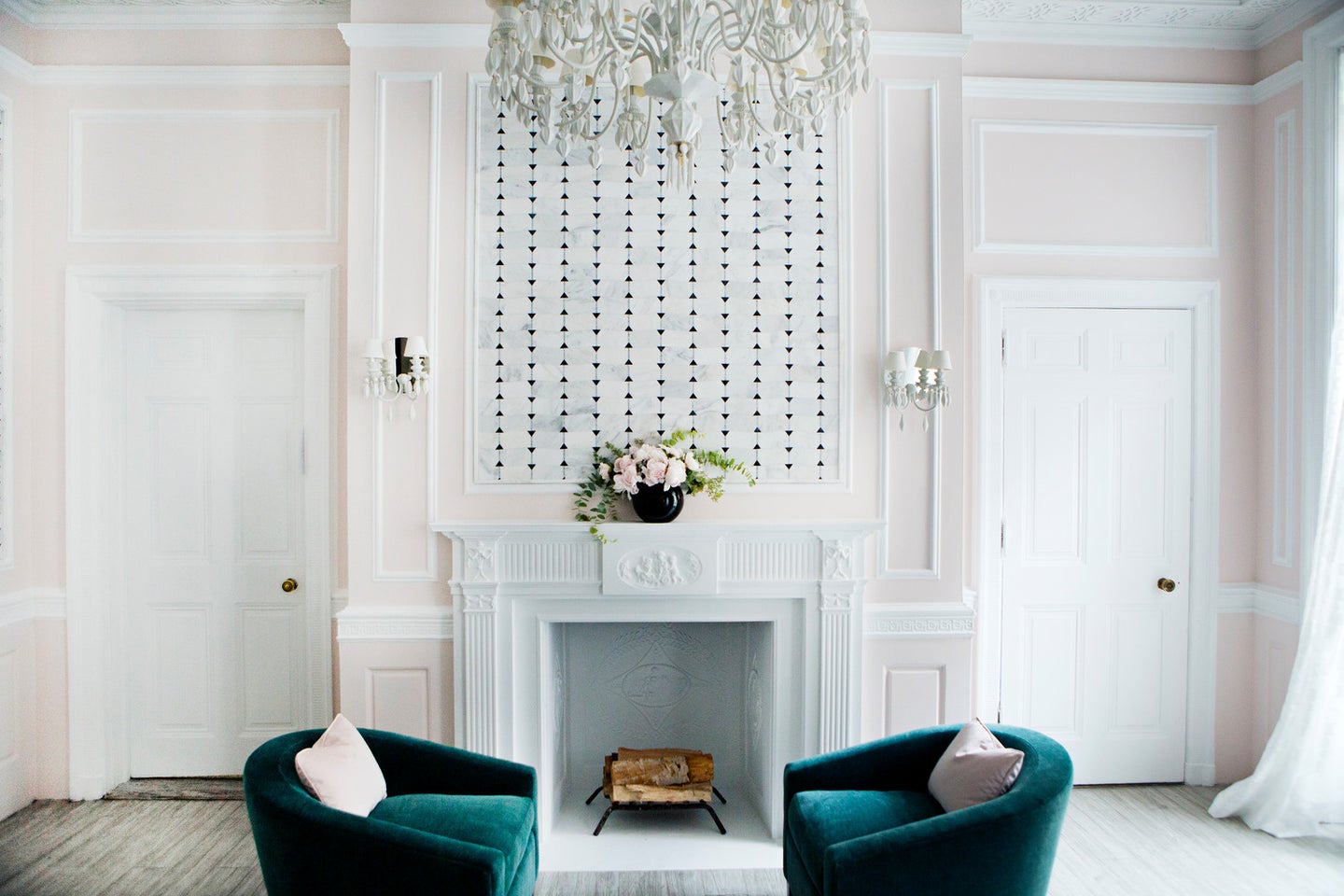 Photography by MEGHAN MCNEER
Photography by MEGHAN MCNEER | Bosch Kitchen designed by Young Huh for Domino
This year, Holiday House NYC celebrates its tenth anniversary, returning to the Upper East Side’s Academy Mansion with a fresh look. Established in 2008, Holiday House was founded by interior designer and breast cancer survivor Iris Dankner with a simple concept: Allow lifestyle brands and other interior designers to display their talents in efforts to raise funds for breast cancer research.
Since then, Holiday House, which has partnered with The Breast Cancer Research Foundation, has raised millions of dollars, expanding to the Hamptons with a summer showhouse, as well as a location in London. Each of the spaces are designed around a theme, with the holiday season taking center stage in the latest.
This year, the first-ever kitchen was implemented in the Holiday House, designed by Young Huh, principal and founder of Young Huh Interiors. The NYC-based designer is known for her classically eclectic style, accented by a bold and contemporary edge. Huh channeled the sleek-meets-modern brand aesthetics of the partners behind the kitchen project—Domino and Bosch—drawing inspiration from contemporary European interiors, with a graphic spin.
Photography by MEGHAN MCNEER | Bosch Kitchen designed by Young Huh for Domino
The focal point of the kitchen’s dynamic design takes the form of a floating island—a primary decor element inspired by the feel of European kitchens, which typically appear to “float” in the midst of a living area. Housing a Bosch cooktop and dishwasher, it boasts the lowest elevation in the room, at table height, and is surrounded by ultra sleek seating.
Whitewashed cabinets with an eye-catching black detail frame the built-in shelving units, as well as the refrigerator. The intricately graphic accents of the kitchen do more than just stand out—they impart the space with a unique element of movement.

Marbleized quartz counters, by Cambria, lend an inspired black and white finish, while the navy counters of the seating area effortlessly complement the aesthetic of the room. In between the windows tiled vignettes, from Young Huh’s new collection of marble tiles by AKDO, impart the kitchen with an elegant finish.

Photography by MEGHAN MCNEER | Bosch Kitchen designed by Young Huh for Domino
Don’t miss out on the other attractions! Academy Mansion boasts multiple stories, each filled with a multitude of beautifully designed rooms, from a Christmas-themed dining room to a drawing room inspired by Casino Royale.

A very special thanks to all of our partners for The Bosch Kitchen designed by Young Huh for Domino.