I’m on My Third Sofa-Ordering Attempt (Hello, Delays!)—These Are My Tips for Avoiding the Drama 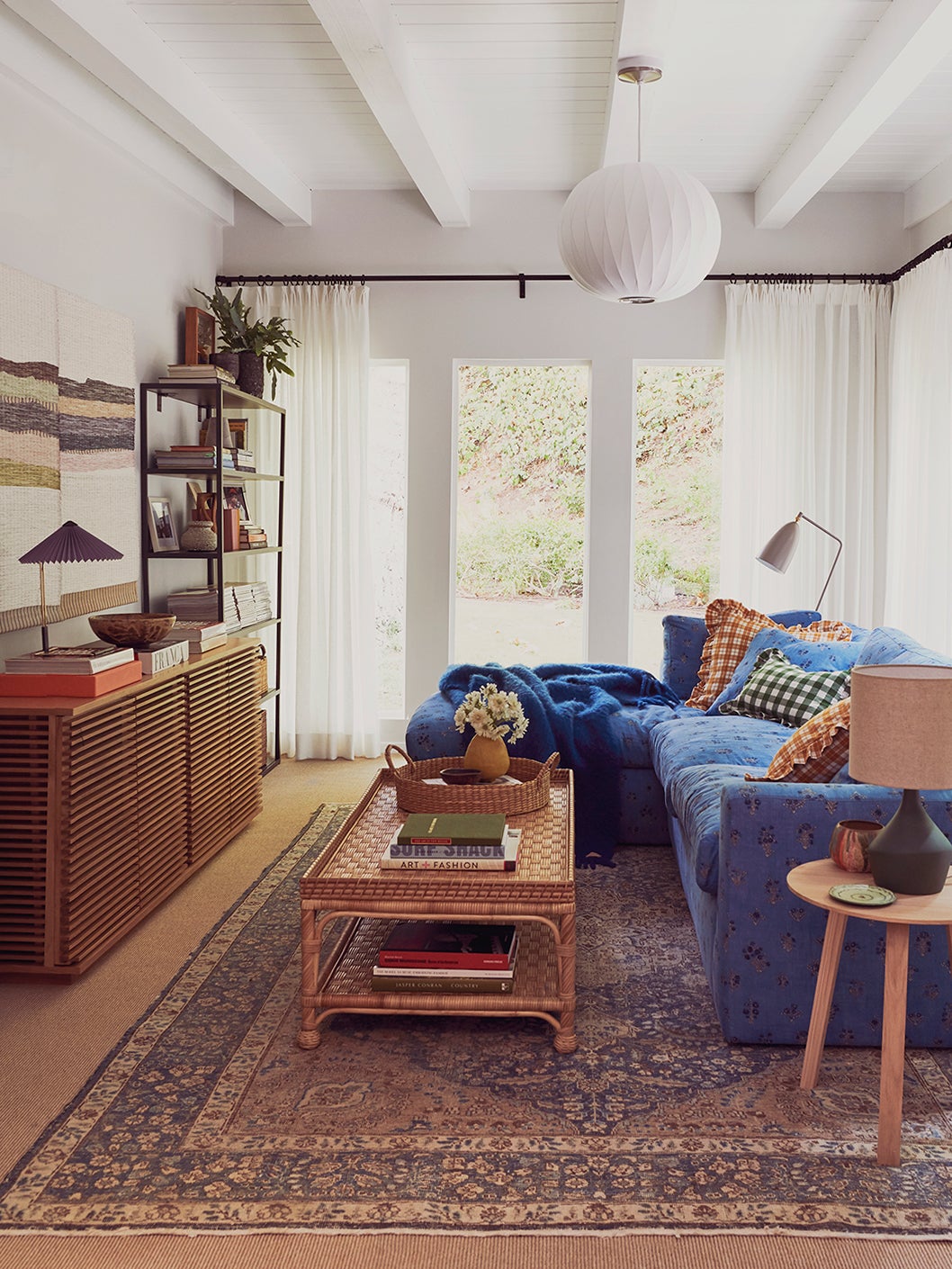 In February 2021, my partner and I ordered a custom sofa from Crate & Barrel to replace our three-year-old, slate gray, mid-century sofa-in-a-box, which felt like it deteriorated during the pandemic. Seven months later, the new one arrived—but it didn’t fit all the way up the stairs. Being fairly newbie buyers, we didn’t measure our stairwell, which is unconventionally shaped and narrows at the top. My dream piece of furniture went back, we got a refund, and I cried more than the situation probably called for. After nearly two years trapped inside, I just wanted a couch without what we called “the pokey,” an unfortunately placed broken spring that regularly tore our clothing (and even left cuts).

I got right back on the sofa-buying horse and ordered a left-side chaise sectional from an undisclosed DTC brand, which was only delayed two months instead of seven—too good to be true, right? Right. After two canceled deliveries, the driver called to tell me that half of our off-white sofa was filthy. He followed up by texting me photos of the dirt-covered left side and said his supervisor told him that I had agreed to take it that way (I did not). The retailer swooped in saying it would deliver the clean part ASAP and ship a replacement for the dirty half six to eight weeks later, but neither piece ever showed. Despite my desire to just give up, we still need a couch. So we’ll keep trudging through this painful situation, because as Frank Sinatra once sang, “that’s life.”

As I embark on my third try, I’m sharing the lessons I’ve learned along the way, plus a list of quick-shipping furniture brands to hopefully save you the headache (and potential tears).

Whip Out the Measuring Tape

Our first concern was whether our sofa would fit where we were putting it, but as previously stated, we neglected to take our stairwell into account and had to return the first one we bought. Before making any purchases, check the dimensions carefully, and measure any doorways and corridors it will travel through to get to its final spot in your home.

Hear Your Fellow Shoppers Out

When we ordered our second sofa, there were red flags all over the Internet about the brand, but I liked the way it looked and decided to give the retailer the benefit of the doubt. Now I wish I had listened to all of the negative reviews about delivery experiences. It never even arrived on our doorstep! If you’re desperate for a new couch, make sure you’re ordering from a reliable company. If you find a sea of bad comments, steer your ship elsewhere.

Have Customer Service on Speed Dial

When the freight company delivering our second sofa repeatedly missed its windows and rescheduled, I got the retailer to refund our shipping costs. I asked for discounts and managed to move up rescheduled arrival dates from weeks later to the next day (even though they didn’t pan out in the end). Customer-service lines are there for a reason—use them to advocate for yourself and lean on them prior to purchase (they’re the experts on the measurements and materials and know where the pain points might be).

Cutting up your brand-new (and expensive) furniture doesn’t sound ideal, but Emily Kennedy, artist manager and interior designer, can vouch: “When my fiancé and I moved from the Financial District to Park Slope, Brooklyn, in July 2020, the only way we got our massive sofa downstairs in the media room was the Couch Doctor,” she says. The NYC-based service will dis- and reassemble your sofa to make it fit. “They had to chop off both the arm and the back and put it back together,” she continues. “It’s against the wall, but I don’t think you’d ever be able to tell that it was cut open.”

Where to Buy When You Need a Sofa on the Fly 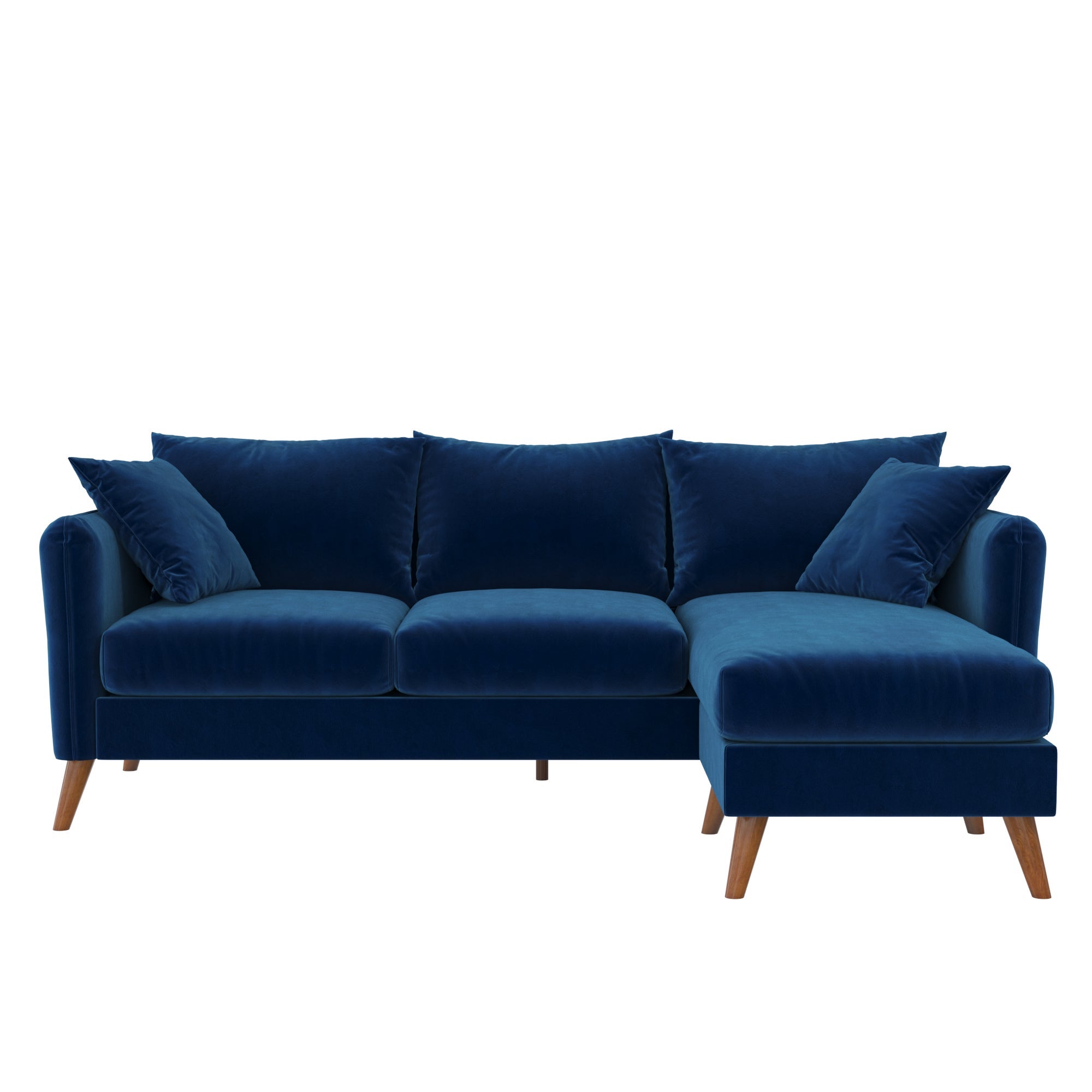 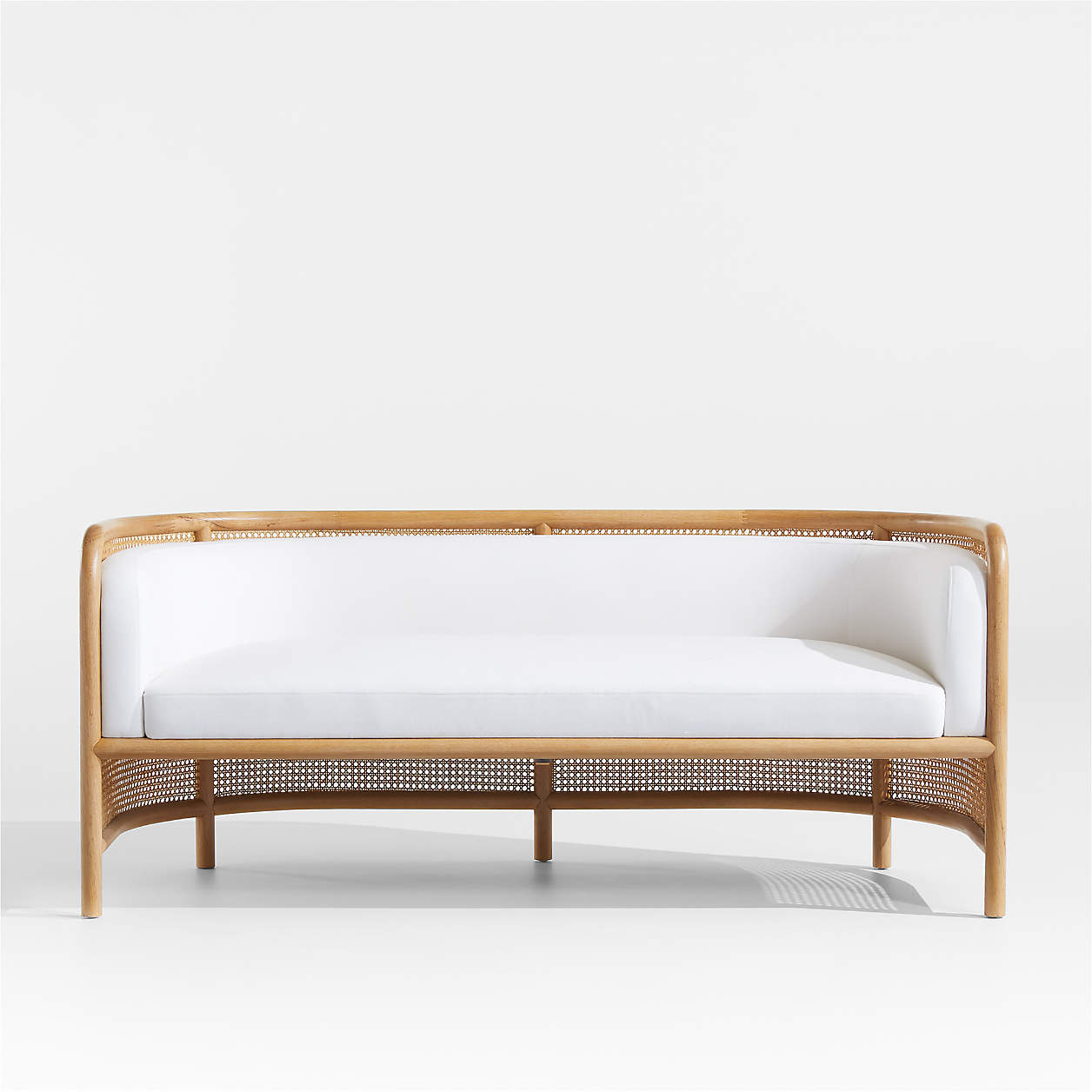 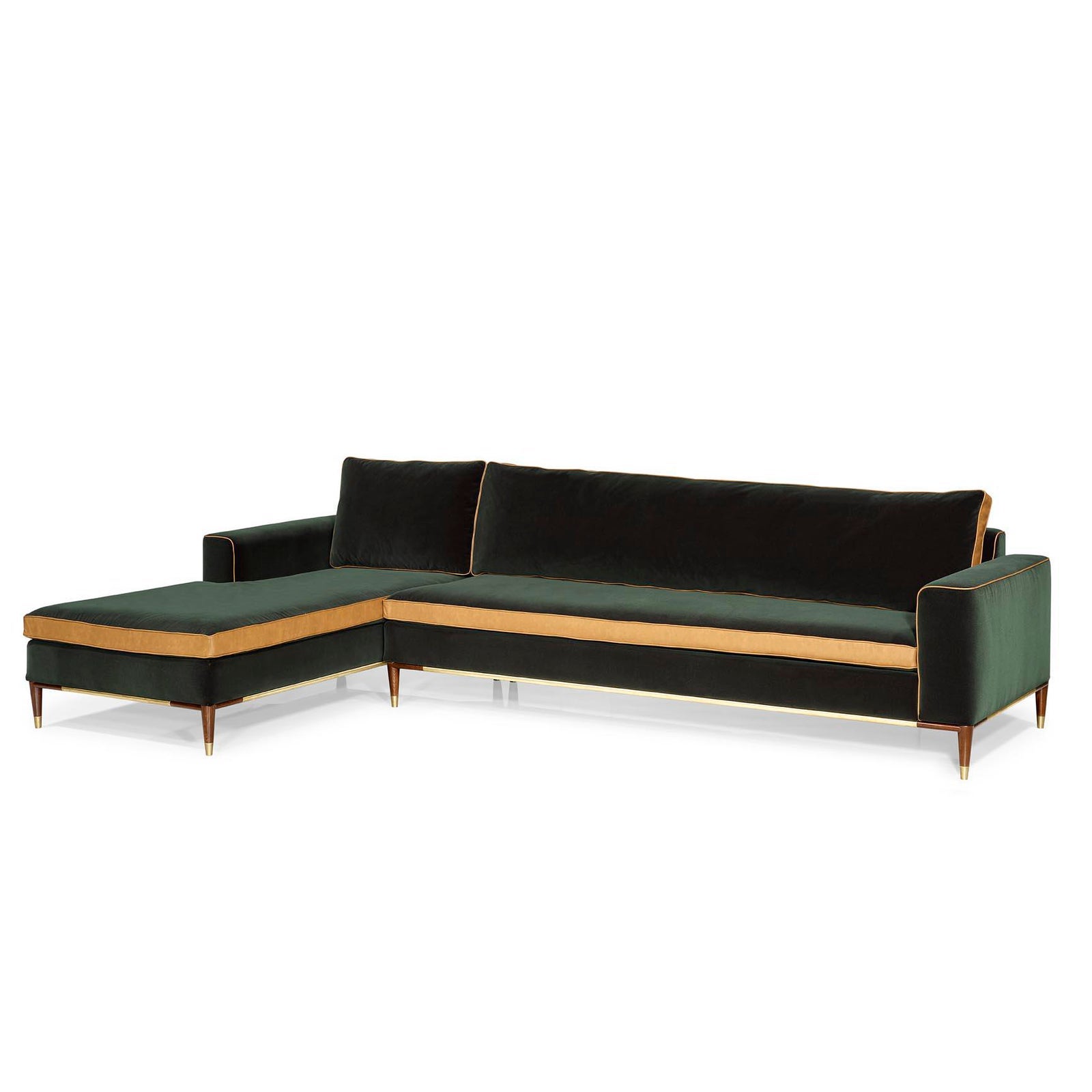 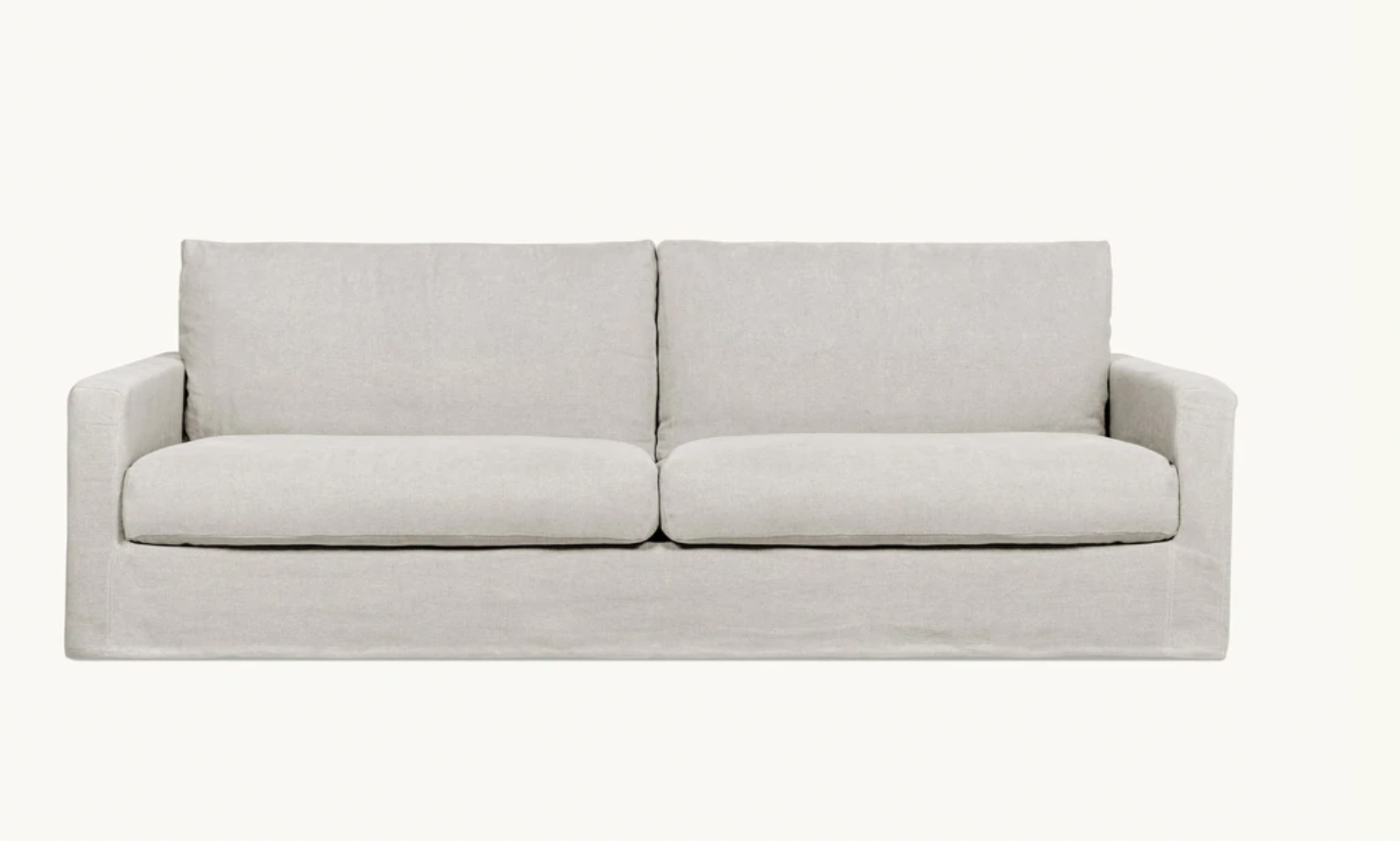 Sixpenny: Sixpenny focuses on furniture that’s built to last, which hopefully means you won’t find yourself shopping for another anytime soon. The ready-to-ship options in solid colorways ship (for free!) to your door in two to three weeks.

Article: Because the brand has a warehouse in Jersey City, people in the greater New York City area can receive a couch within days of ordering.

Allform: Allform offers completely customizable sofas and sectionals that ship for free in as few as two weeks—much faster than the standard six-to-eight– or 14-to-16–week wait time for most bespoke pieces.

Allmodern: The company prides itself on speedy shipping, and most of its stylish couches currently go out for delivery within a few days to three weeks.

Crate & Barrel: On the website, keep an eye out for the “in stock and quick ship” filter, which will help you find several attractive couches available within a month.

Kaiyo: Kaiyo offers up to 90 percent off retail prices from top brands like RH, West Elm, Design Within Reach, plus vintage pieces, with fully white-glove service (and most important, pieces will show up at your door within two to three business days).

Sleepenvie: The Sofi piece is completely customizable and the estimated delivery window is five to 10 days.

Benchmade Modern: Score a product from the brand’s ready-made collection within two days of your order.

The Novogratz: All of the Novogratz’s affordable sofas (futons included!) can be on their way to your home in less than two weeks.

Chairish: The company specializes in vintage and antique furniture, which means all of its sofa offerings are ready to ship. On average, an item purchased on Chairish takes around two weeks to get from seller to buyer.