Inside their 850-square-foot home. 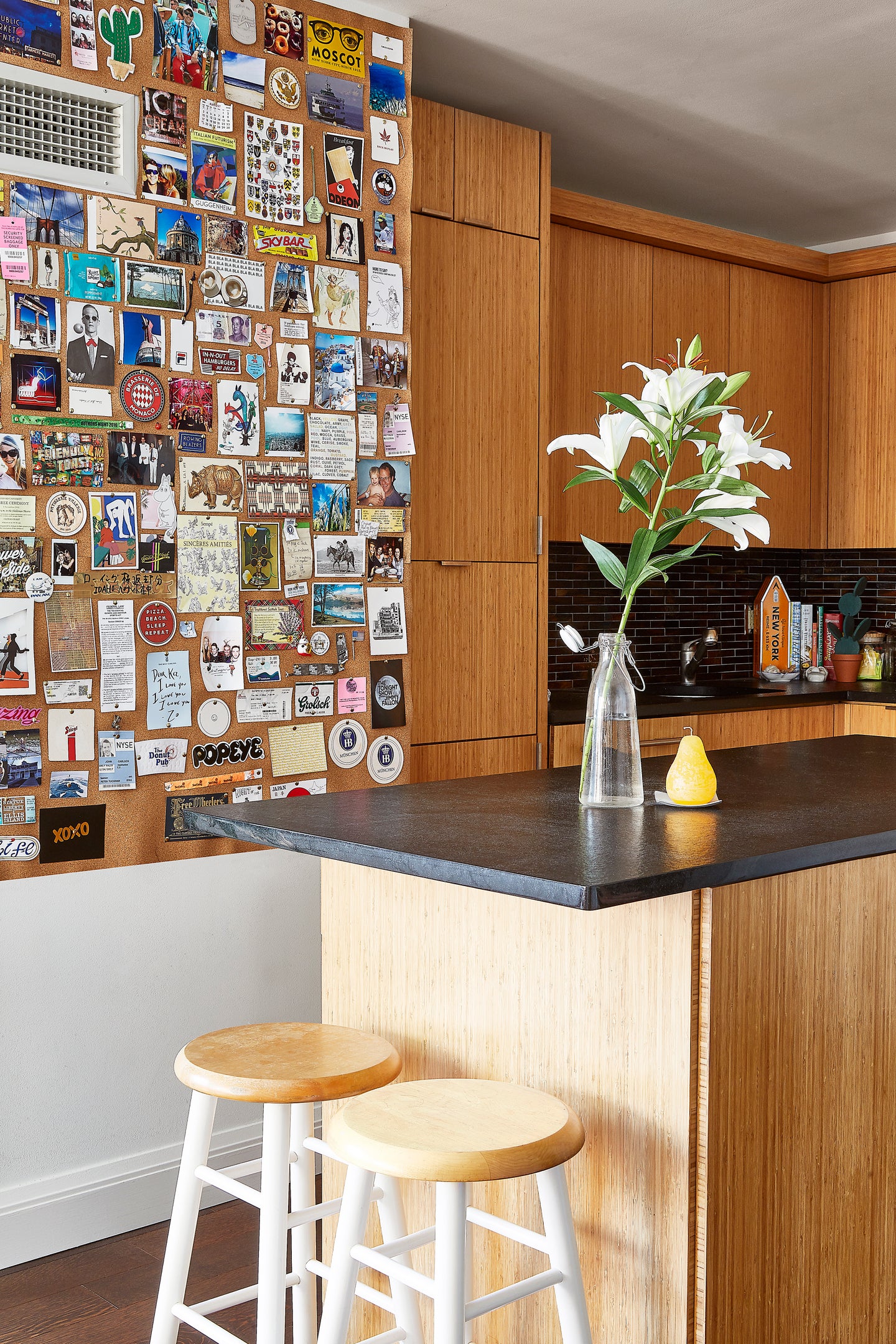 The essence of Jack Carlson and Keziah Beall’s 850-square-foot Manhattan apartment is that of the buoyant collector. Tidily arranged ephemera enlivens every surface, and layers of personal references give the space instant character (a pair of vintage pennants from the University of Virginia and Georgetown University serve as an homage to the couple’s respective alma maters).

The considered yet whimsical tone of the space is distilled directly from its good-humored inhabitants. “If you had come in August of 2016, it would have been completely empty with just a desk and an air mattress,” quip Carlson and Beall.

The duo met during their time as elite rowers. Both had their sights set on making the Olympic team, and they trained full-time for two years before their eventual move to New York. During this time, Carlson worked sparingly on a fashion project that would eventually develop into Rowing Blazers—one of NYC’s buzziest new brands. The unusual moniker originates from Carlson’s 2014 book, an insider’s guide to the codes and customs of the world’s most historic rowing clubs and their vibrant signature garment: the blazer.

In May of 2016, Carlson and Beall learned that neither would be joining the Olympic team in Rio. Completely unanchored (“you don’t really make any plans when you’re hoping to go to the Olympics”), the pair started driving North. Upon arriving in NYC with “no earthly possessions,” the pair acquired the initial samples of the blazers Carlson had designed and realized that it was time to elevate Rowing Blazers from side project to a full-time endeavor.

Upon first glance you might generalize Rowing Blazers as a kind of preppy-revival project, but Carlson and Beall have woven myriad personal references into the character of the brand. Influences range from NYC streetwear to Tintin comics to pop art. “We’re doing rugby shirts inspired by what Warhol or Hockney would have worn. Punchy, colorful, and a little funky,” says Beall.

The result is a spirited, quirky array of garments that are traditional in their attention to quality and detail while remaining playful and wearable enough to be mixed into wardrobes devoid of any J.Crew or J.Press; think a trim blazer in a historic tartan pattern cut from crisp Japanese cotton or a cozy, made-in-the-USA hoodie emblazoned with a “pensive skeleton” patch derived from a Northern Irish coat of arms. 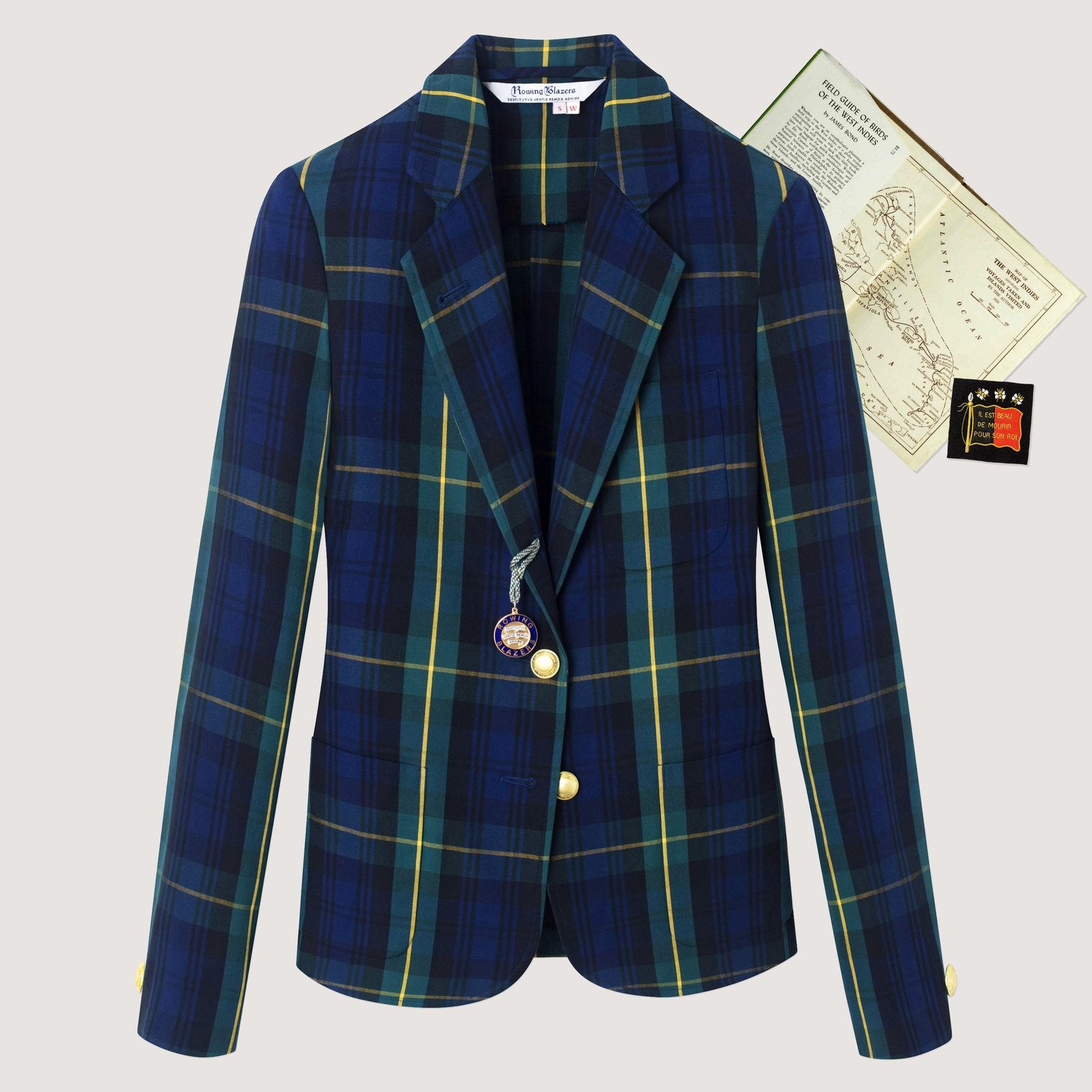 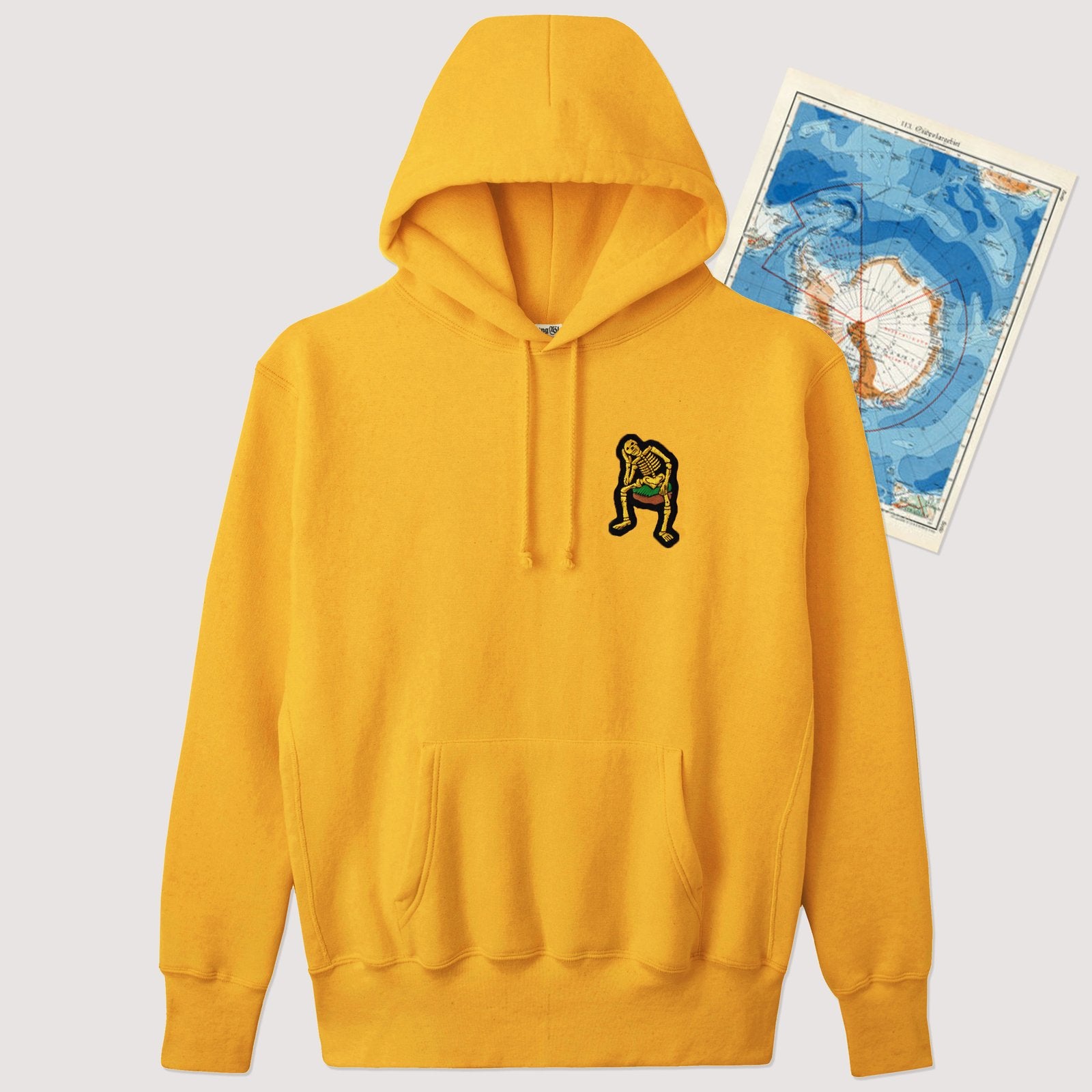 This mix-and-match sense of play extends throughout the couple’s Manhattan apartment. Carlson’s favorite gallery wall moment appears above the living room sofa in an unfussy fusion of mementos spanning lacquer Tintin prints discovered in Cambodia, a favorite record from Sigur Rós, and a vintage Georgetown shield gifted by a longtime friend. The lesson to be learned here? Walls don’t need capital A art to tell a personal story, and gallery walls needn’t be limited to “proper” prints.

The pleasingly unconventional, cherry-red light fixture moment was ideated by Beall in response to the living room’s lack of overhead lighting. Spotted in a Canal Street lighting store, Beall evaded the need for an electrician by running the cheery cords directly up the wall, across the ceiling, and back toward the seating area at alternating heights via strategically placed Command Hooks (a necessity due to the ceiling’s metallic impermeability).

Another successful DIY? The corkboard wall covering that Beall installed to distract from an unsightly vent. The surface serves as an exhibition space for personal ephemera ranging from family photos to ticket stubs to a The Donut Pub coffee sleeve.

While the apartment’s decor now reads as an effortless collaboration of the couple’s styles, the furnishing process was not without compromise. “If Jack were decorating the apartment himself, it would look even more like the store. I’m more Marie Kondo in my living preferences,” explains Beall, referencing the Rowing Blazers “Clubhouse”—the brand’s unabashedly maximalist SoHo storefront.

In order to keep a more zen atmosphere, Beall insisted on moments of Kondo calm, such as the petite, all-white dining vignette that features four vintage bird prints culled from Carlson’s original collection of 36.

Perhaps the most concentrated moment of Carlson’s object-based-storytelling is the pairing of a cartoon alligator poster and a classic red-and-blue neon sign that reads, SUGAR’S. The poster is a “an almost impossible-to-find relic of the golden age of preppy, yuppie culture,” circa 1981, that Carlson scored on eBay. The cheeky poster reads “Save the Alligators, Have a Preppie For Lunch,” which Carlson cites as a consummate example of the tongue-in-cheek humor embedded in his brand’s DNA.

The classic neon is a keepsake of Carlson’s time as an undergraduate—Sugar’s being a Georgetown area “soda fountain” (part diner, part convenience store), founded in 1917, that Carlson campaigned to save from the whims of an unsentimental landlord. Although Carlson’s campaign ultimately proved futile, the owners of Sugar’s gifted him the sign out of gratitude for his efforts.

As to if we will see Rowing Blazers home goods? “Hopefully one day,” the duo agrees. In the meantime, you can peruse the spoils of the couple’s eclectic collecting (“I love browsing Chairish, and Jack is more on eBay,” says Beall) via the brand’s Vintage and Home selection, which includes curios including a 1980 edition of The Official Preppy Handbook to a 1970s Babar wooden toy car. “Bid high because I don’t want this to leave my desk,” quips Carlson. Challenge accepted. 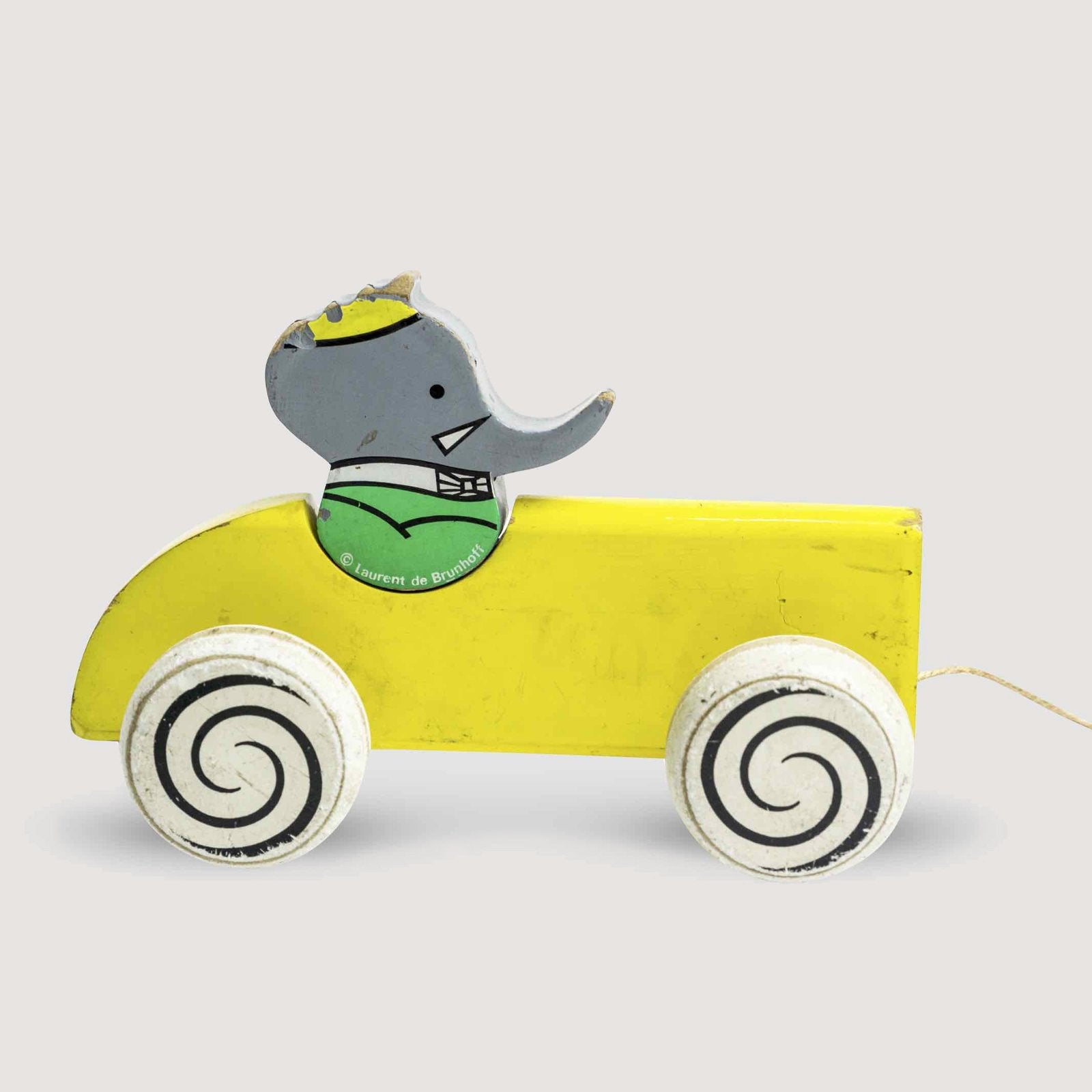