Every inch of Sheila Bridges’s iconic pattern tells a story. 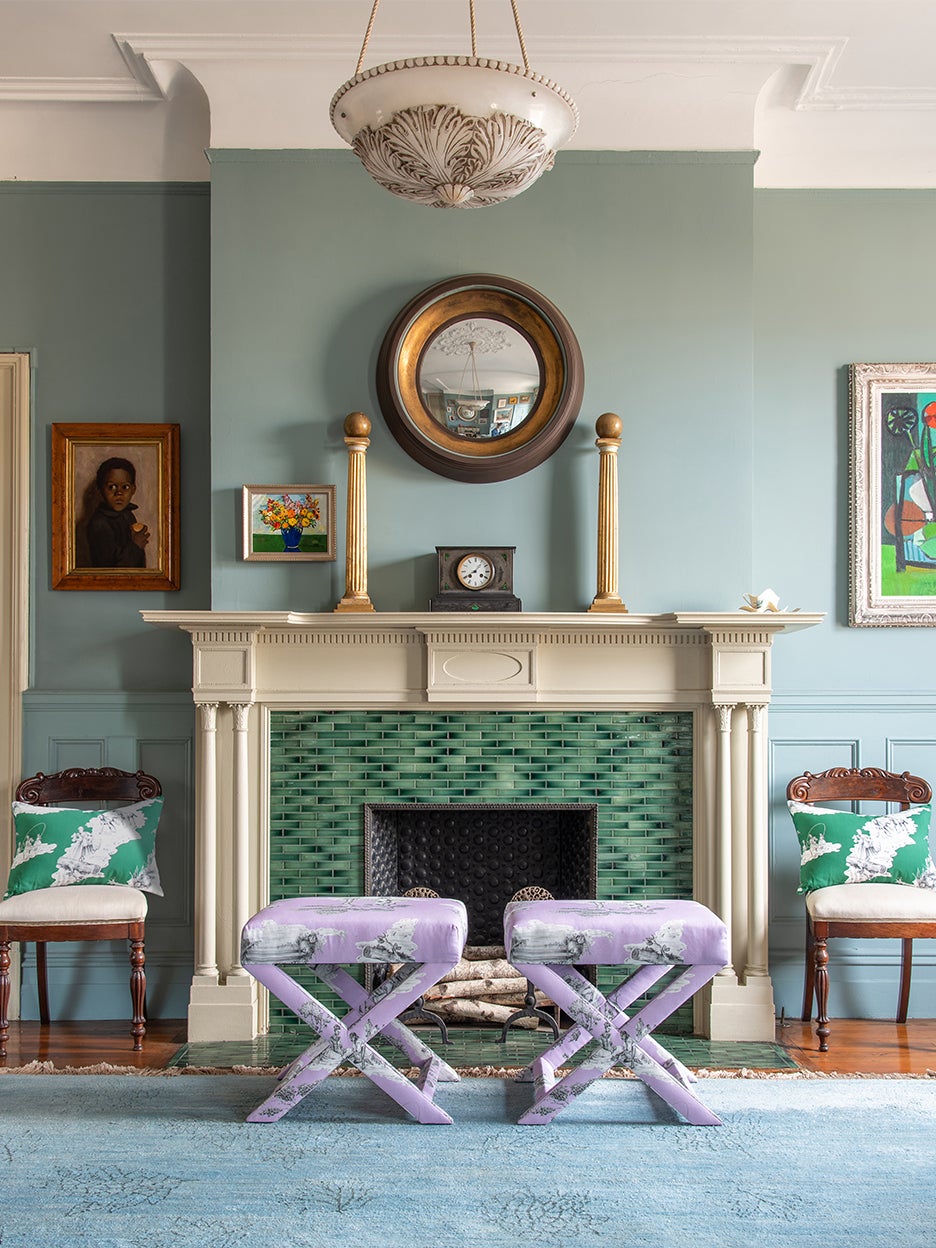 Starting today, designer Sheila Bridges’s famous Harlem Toile de Jouy pattern is available for the first time on furniture, courtesy of The Inside. In five new colorways, from emerald to royal blue to lavender, you can put her handiwork on sofas, beds, chairs, pillows, screens, and ottomans.

Back in 2006 Bridges couldn’t find a toile in the marketplace that celebrated Black culture—so she created her own. At first glance, it appears to be a traditional take on the pattern, but it has a hidden meaning that’s yours to interpret—its subjects are playing basketball, dancing, and skipping rope. “Like art, it is up to the viewer to determine what they see based on their understanding of racial stereotypes that have been commonly associated with African Americans throughout history,” explains Bridges.

Since its creation, her Harlem Toile print has appeared in New York City’s Cooper Hewitt Museum and the Red Rooster restaurant in London. We even spotted it in HBO Max’s new series Stylish With Jenna Lyons.

How would Bridges style it? “Harlem Toile is a twist on a classic, so I would challenge people to think about mixing it with other fabrics that feel unexpected and less traditional, with the unifying thread being color,” she says. For example, she plans to put an ottoman (in Tuxedo, an inky shade) to work in her black and orange office. It will be part storage and part conversation piece.