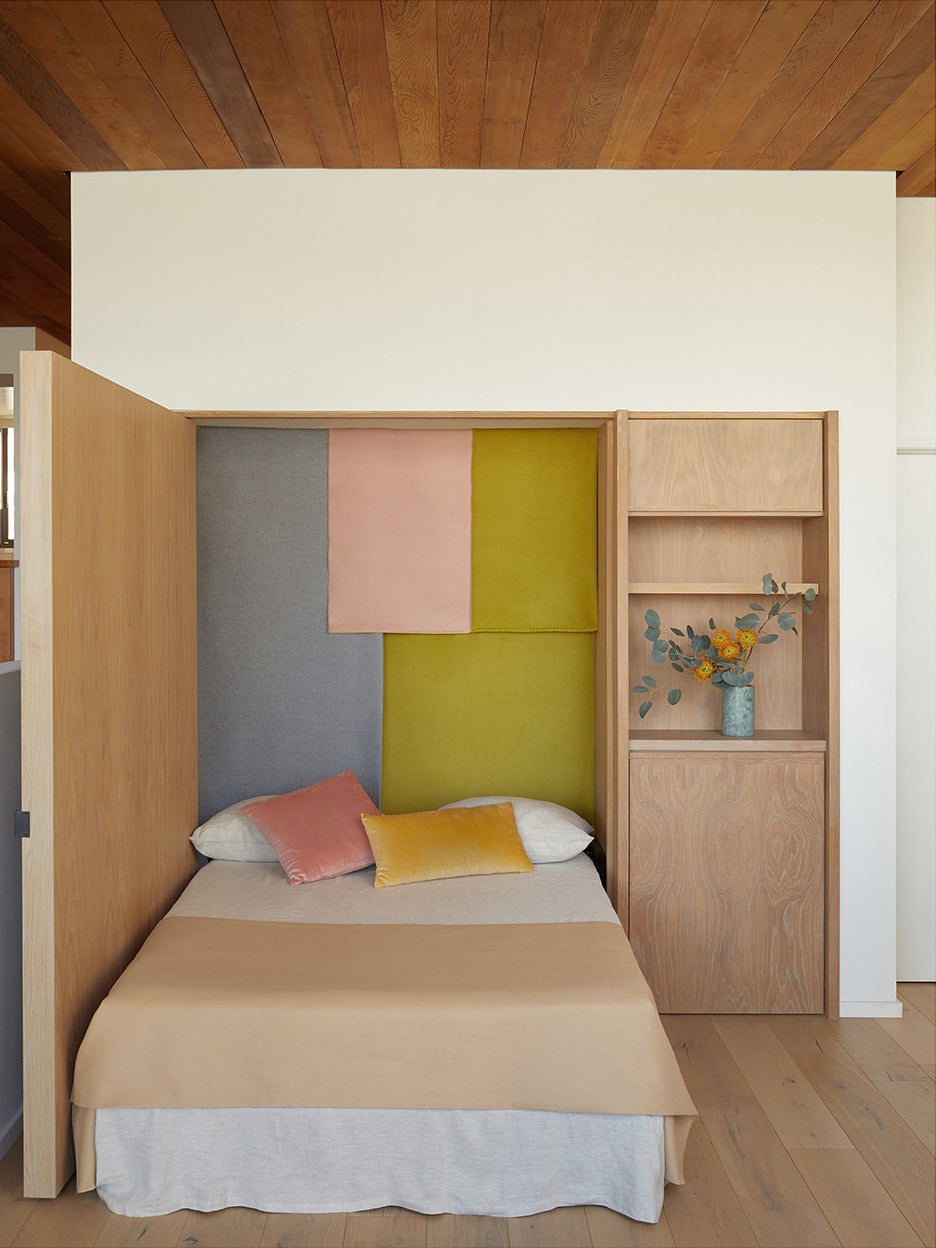 Living near an airport is a plus no matter where you reside, but especially in a city like Los Angeles, where traffic is predictably bad. That’s how Nabi Boyd designers Mora Nabi and Sean Boyd’s latest clients, who bought a small condo in Playa del Rey, close to LAX, saw it. The thing is, the couple, who work in the music industry, often have a lot of guests come through their place—guests who frequently need to leave early in the morning to catch a flight. “They had gotten to the point in their lives where they didn’t want to offer family or friends a pull-out couch,” explains Boyd. So while renovating the pair’s home, the designers came up with a clever fix for everyone: a custom Murphy bed design that basically turns the one-bedroom condo into two.

Boyd and Nabi worked with local fabricator Alex Deutschman of Maneuverworks to build a chic fold-down bed where there was once a dated wet bar. “It was very 1970s,” says Boyd (and not in a good way). “They don’t miss it.” Fortunately it was pretty straightforward to cap the plumbing fixtures. The recessed nook meant the bed could be flush with the wall and look truly built-in when not in use.

The magic is all in the oversize, 5-by-7-foot door that swings to the side (not downward). In other words, when it’s open it acts as a partial wall, offering privacy from the adjacent dining space and kitchen. “It creates more of a bedroom nook,” says Nabi. The 3-inch-thick slab of white oak is heavy on its own, but you can open the door thanks to the pivot hinge system it’s on. “You could open it with your pinkie,” notes Boyd.

Guests not only have a secluded place to unwind, but they also don’t have to live out of their suitcases (there are discreet shelves and cabinets right next to the bed). The designers loved the idea of incorporating a surprise when you pull the mattress down, so Nabi taught herself blanket weaving and created a wall textile in lieu of a traditional headboard. The fabric is draped over a rod that’s mounted and clipped in position so it won’t fall. “We wanted something that had a little bit more depth and texture to it than just wallpaper,” explains Nabi.

The best part: This genius solution isn’t just for tiny-apartment dwellers. It’s suitable for those who don’t want to dedicate an extra room in their house solely to guests sleeping there a few days out of the year. “It’s for anyone who doesn’t want to utilize that room in that way,” says Nabi. In the words of Ross Geller: Pivot, pivot, pivot!