How a Sleeping Nook Became a Magical Forest Canopy Bed 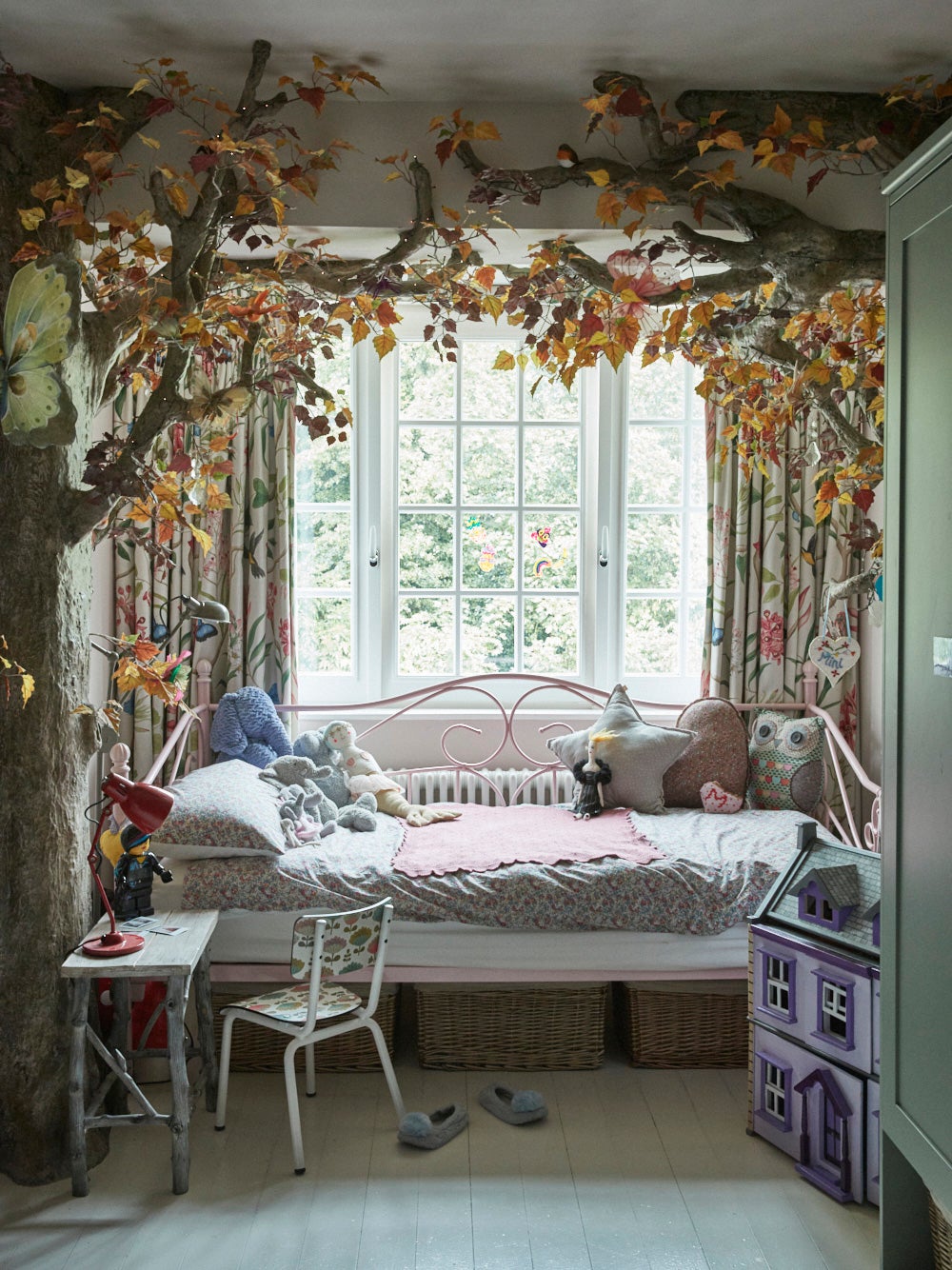 “I must get super-creative when I’m pregnant,” jokes fashion creative Deborah Brett when asked about the fairy tale–like sleeping nook in her 9-year-old daughter Hermione’s bedroom. “I feel I just have to do something imaginative.”

But the whimsical DIY—much like other projects in Brett’s foliage-filled London home—was inspired, in part, by necessity. With the impending arrival of her third child, Brett knew her second would need to move out of the nursery and into a “real” bedroom. The goal? To create a special space that honored that transition and that Hermione could also grow into.

“I decided that she should sleep under the trees—as if in a forest,” says Brett, a self-described naturephile whose home overlooks a garden (and Holland Park beyond) and overflows with botanical-print tile, textiles covered in lush tropical motifs, and fern-patterned wallpaper in verdant hues. She envisioned transforming the small sleeping area into a magical canopy with a pair of homemade tree trunks bookending the bed and a scattering of hand-painted silk leaves overhead.

Since Brett was well into her third trimester, she knew she’d need help with the construction. Luckily, she had just the friend: a set designer whom she had previously worked with on fashion shoots. Together, they were able to complete the entire project over a weekend. 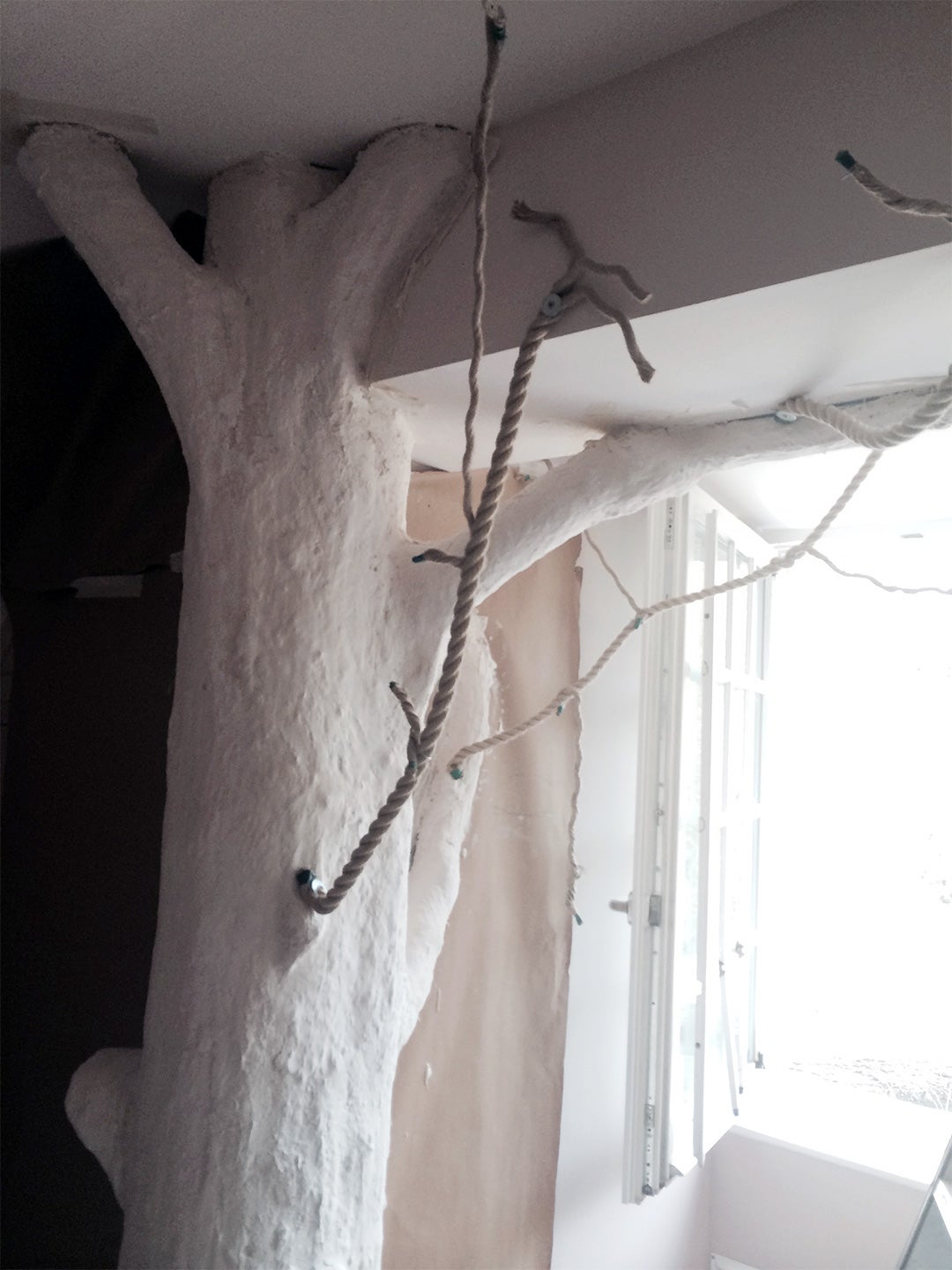 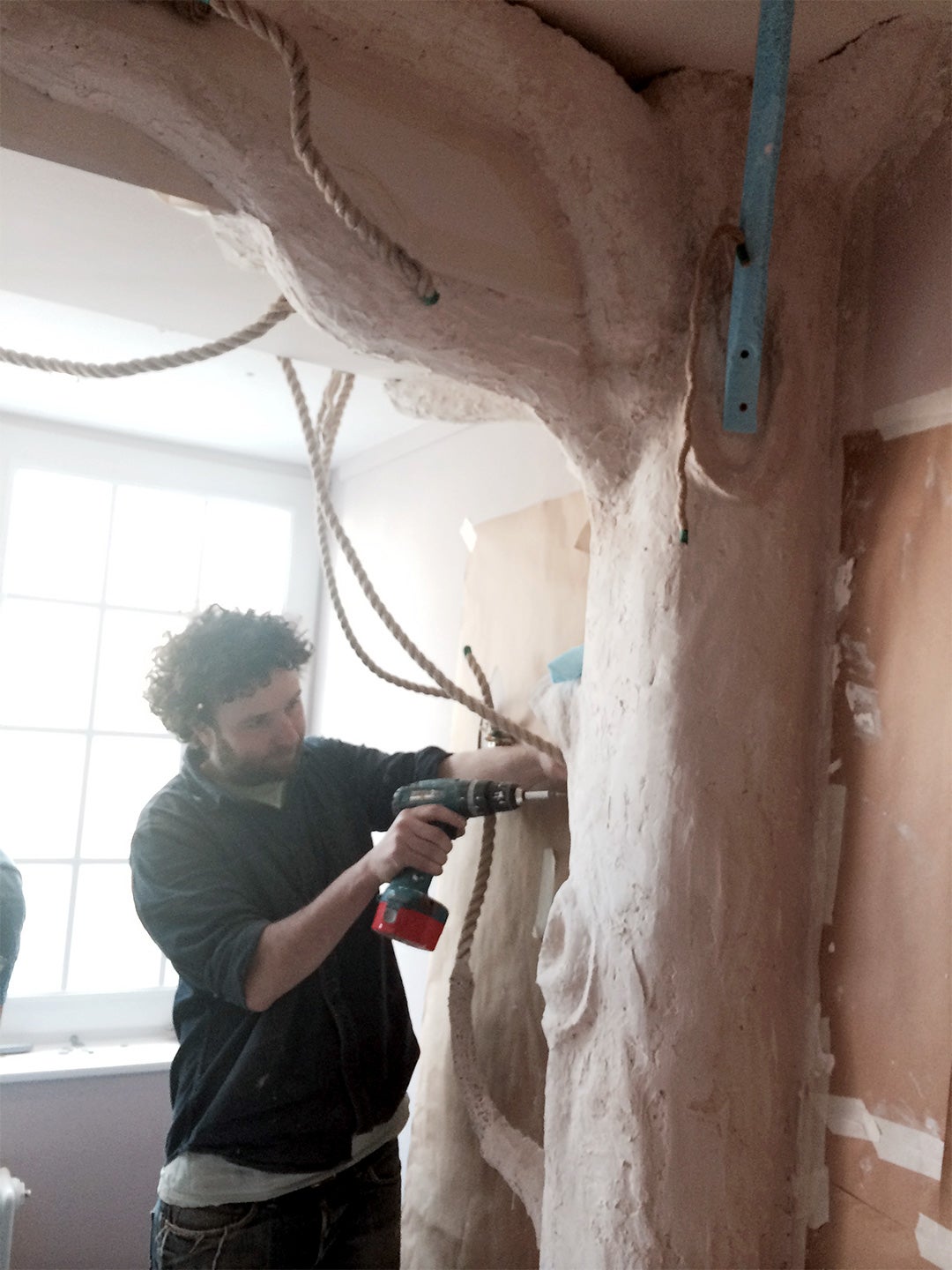 To create the main trunks, larger branches, and roots that flank the nook from floor to ceiling, the duo rolled polystyrene boards into cylinders they could affix to the walls. (“We wanted them to look like they were growing right out of the floors,” notes Brett, who is an avid ceramist.) Next, they dipped hessian sack cloth into plaster of Paris and draped it over the tree forms to unify the shapes, blend it to the wall, and create a ripply, bark-like texture. For the smaller branches, thick ropes were then hammered into the ceiling, looped downward into holes in the “trunk,” and covered with more of the hessian cloth–plaster of Paris mixture.

Next, Brett set about painting store-bought silk leaves in various autumnal shades to play up the enchanting vibe. Once the plaster dried, she used gray and brown to color in the bark. Small holes were drilled into the branches so “we could pop in each of the leaves,” on which they secured tiny birds and decorative wood ladybugs to complete the nature scene. The final touch? A string of fairy lights strung among the branches. “Now Hermione gets to sleep under the stars, too,” says Brett.