This Tricked-Out, Tiled Outdoor Kitchen Is Better Than Most Indoor Ones 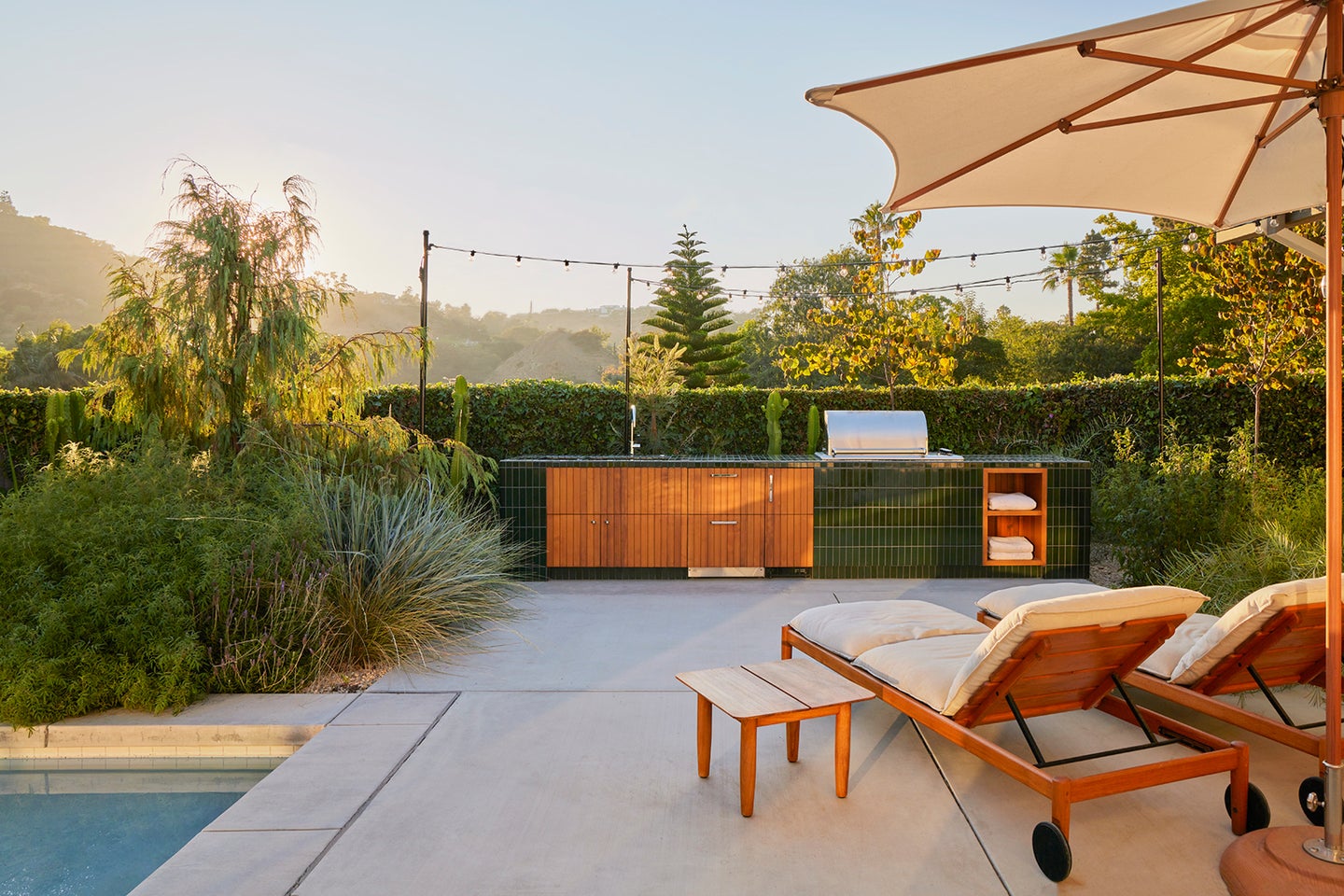 Designer Annie Ritz of AndAndAnd Studio was in the middle of a slow-and-steady home redesign in March 2020 when COVID-19 swept Southern California. The primary bedroom was promptly put on the back burner and the backyard became the priority. “Our lives were pushed outdoors, so it became a question of, what do we do with all of this concrete?” Ritz recalls.

What Ritz describes as a rectangular slab with a pool in the middle wasn’t exactly welcoming, not to mention kid-friendly (the family has a daughter under 5). Plus the owners wanted a space where they could access everything they needed—even ice for their cocktails—without having to go back inside. Not wanting to remove any of the paving, Ritz had to figure out how to make the yard feel soft and inviting despite it.

The use of local greenery (cacti and Canyon Prince grasses) and Douglas fir throughout the new dining, cooking, and lounging zones helped create a cohesive feeling in each designated pocket. The game changer, though, is a fully functional outdoor kitchen, complete with refrigerated drawers, an ice maker, and towel storage. A secondary “drinks sink” ensures all beverages are easily accessible.

With rainy days few and far between in Los Angeles, durability wasn’t a major factor when deciding on what to build the fully equipped structure out of. The sole requirement for Ritz was to ensure the materials were a vibrant counterpart to all that gray. Cue the forest green Heath tiles.

“Instinctively, I felt it needed to be something dark, but still a color, so it would bring some depth but also blend into its surroundings,” explains Ritz. In an efffort to pay tribute to the area’s local fauna, the shelving is crafted from Douglas fir, an evergreen native to the area. The landscaping wasn’t planned until the kitchen was complete in order to achieve the most seamless look possible. Says Ritz, “When you do something right, it feels like it should have always been there.”