“I knew I wanted to invest in this part of my upbringing and culture.” 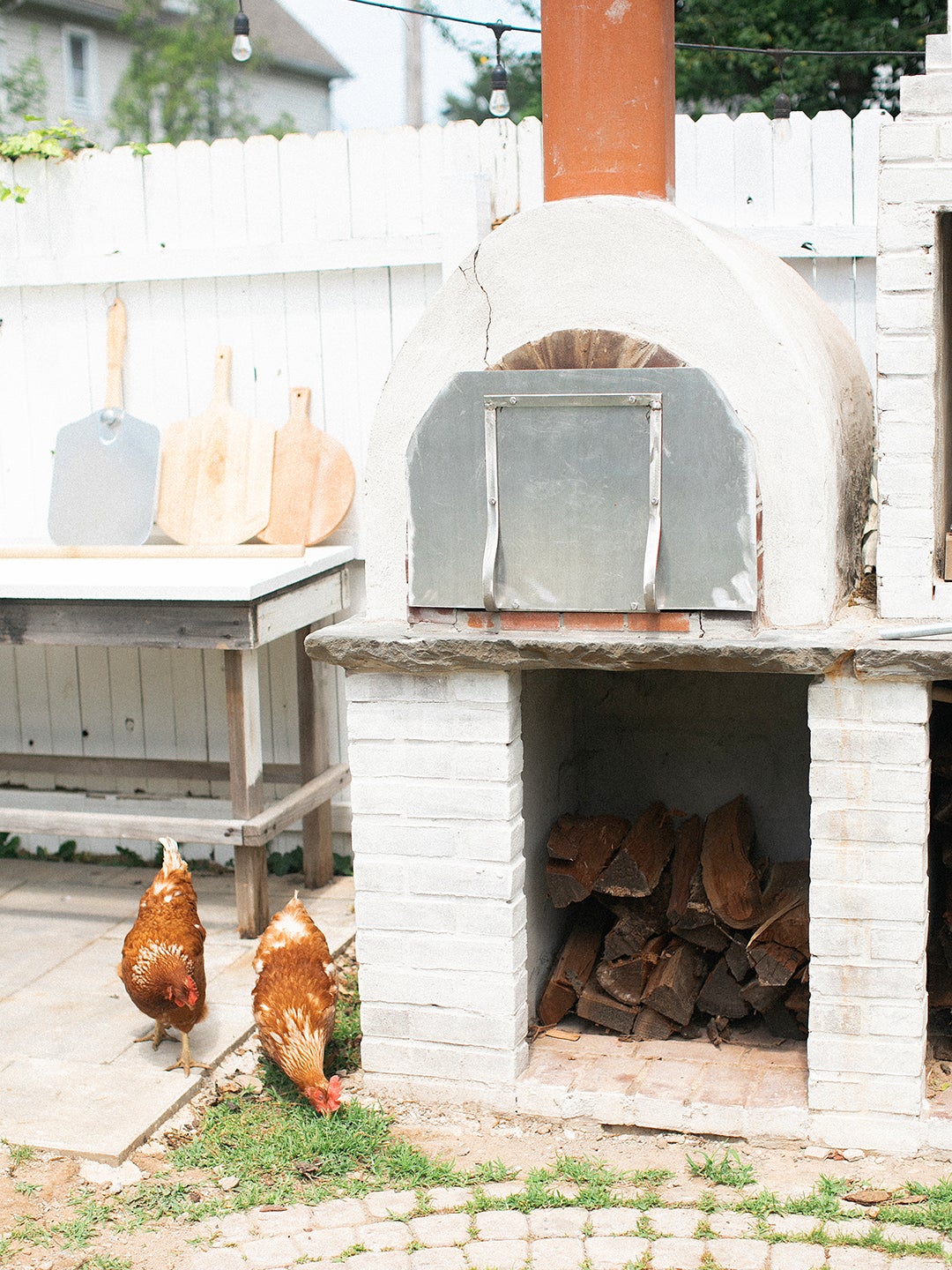 Like a lot of us, photographer Veronica Grimm has made unparalleled progress in her backyard in the past year. For starters, her run-down garage is now a chic entertaining area, complete with a fireplace and cocktail-making station. But what is an open-air dining space worth if you don’t have a proper place to prepare the food you’re serving? Drawing on her Argentine-Italian heritage, Grimm recently decided to build a next-level grilling spot that is part pizza oven, part parrilla.

Along with chef Francis Mallman, Grimm’s dad was a major inspiration for the project. “I was raised with charcoal,” says Grimm. Her father, who grew up with a parrilla (an open-fire hearth with steel grates), constructed one for Grimm and her family nearly 30 years ago when they moved to New Jersey. “I always thought it was normal, until my friends would come over and ask, ‘What is that?’” she recalls. Tacking on a pizza oven to her own backyard structure was a practical decision: It would save her, her husband, and their two young daughters from always having to resort to their local Neapolitan pizza joint. “I thought we might as well go full throttle and just do both,” says Grimm. “I knew I wanted to invest in this part of my upbringing and culture.”

The only catch is, DIYing a parrilla–slash—pizza oven is no small feat. After much Googling and YouTube tutorial watching, the pair realized the structure had to be dug into the ground at least 3 feet. Then it would require pouring a cement base, topping said foundation with cinder blocks, and adding a big chunk of heavy limestone on top of that—and that’s all before even building that actual oven part or the clay chimneys. “We thought it was a project we could take on, but I’m so glad we didn’t,” she says.

So Grimm and her husband hired the job out to a trusted builder for $4,000 (proper fire bricks that can withstand high heat included). The whole thing took around two weeks. Why? Curing the oven is the slow part no one tells you about.

Over the course of five days, the couple made small fires in each structure, starting at a low temperature (around 250 degrees Fahrenheit) for a few hours. The next day they’d repeat the process but make the fire a little hotter and let it burn a little longer. “You do that until the cement has set, and then you can put food in there,” she explains.

As for the placement, they decided that situating it closer to the house than the garage made the most sense for their day-to-day life. Completing the cooking zone: a batch of cherrywood (any logs cut from a fruit tree are suitable), a peel for retrieving dishes out of the large oven (they’ve been cooking everything from fish to chicken to summer vegetables out there), and serving boards so everyone can feast while the meal is still hot.