Nearby: A veggie garden and pizza oven for the parents. 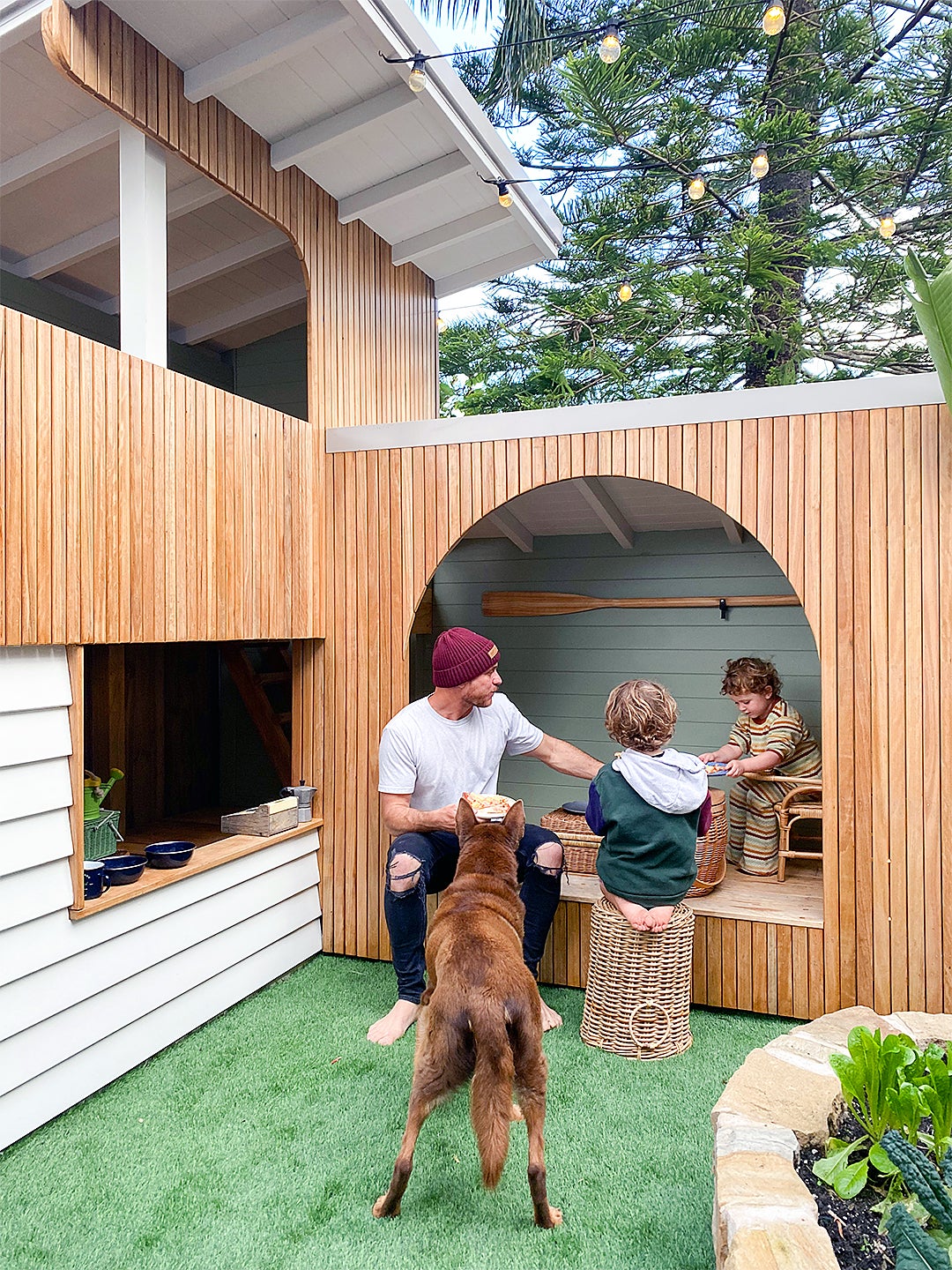 A fountain, ferns, string lights—those are the typical hallmarks of a courtyard. But at Kyal and Kara Demmirch’s home in Bateau Bay, Australia, a mini-size version of their house sits at the heart of the bonus outdoor space, which is completely separate from their main backyard and accessible from the adjacent playroom’s bifold doors. The two-level structure (now dubbed the “cubby house”) is a hideaway (or more likely a pretend pirate ship or grocery store) for 3-year-old Vada and 5-year-old Ziya.

Before the tiny house could be built, the seasoned renovators had to clear the area of debris. The formerly weed-filled spot had been used as a dumping ground for excess materials during their actual home remodel. Once the framing was up, they clad the siding in Australian blackbutt timber battens (all left over from the main-house build) and weatherproof cement boards (now painted white), while the interior got a dose of sage green paneling. Here are a few more ways they turned the once unused space into home sweet courtyard.

A retaining wall made from sandstone sourced from a local quarry prevents the gravel walkway from spilling over into the Astroturf. (It also offered a chance for Kara to have a vegetable garden—a must-have on her list.) The pathway pavers were a smart salvage from the primary home’s construction.

Having built a playhouse in the past for their Toowoon Bay Beach House project, the couple knew that finding a slide that isn’t plastic is a tough feat, so Kyal made theirs from scratch by wrapping marine-grade plywood in metal. The whole thing got a coat of the same sophisticated green used on the interior.

Call Your Adult Friends Over to Play

Kyal’s request: a pizza oven from Polito Wood Fire Ovens (the couple chose the Donatello Medium with a rough cast finish for a more traditional look). “In the kids’ eyes, it’s the ultimate cubby house…for the adults, it’s like a beer garden,” writes Kara. Who said parents don’t like to play?