How This Tucson Native Created Her Earthy “Scandizonian” Home 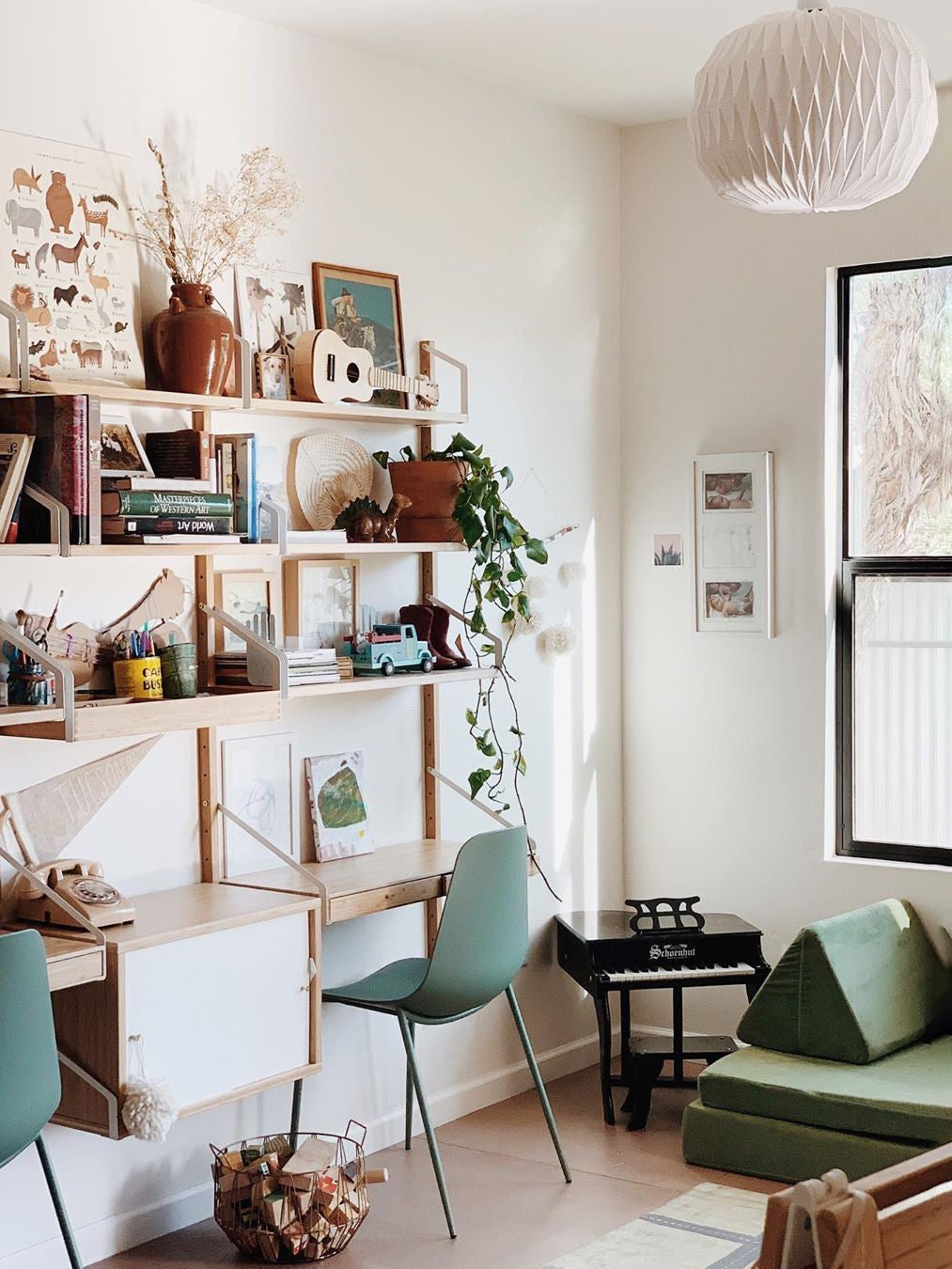 Though she might refer to her home as her “Southwest nest,” Emily VanWagenen didn’t set out to follow a specific aesthetic. Born and raised in Tucson, Arizona, she just always gravitated toward concrete floors, adobe houses, and the striking silhouette of a stately cactus against a bare wall. Designing her desert house from the ground up came naturally, an amalgamation of all the visual cues she’s long loved—even though she had no prior design experience (okay, save for that fine arts degree).

VanWagenen, her husband, and their three kids moved into their home about a year ago, but they had long dreamed of building one from scratch perfectly suited to their needs. The task might sound daunting for newbies, but it actually came together rather serendipitously. Her cousin just so happens to be a real-estate developer, and he just so happened to have plans for a project that fell through, which he told VanWagenen she was free to tweak and revise to her heart’s content.

“It seemed like it took a really long time of talking about it before we actually decided, okay, we’re selling our house, this is going to actually happen,” she says. Once construction was under way, however, it was only a few months before the new place was move-in ready. VanWagenen’s number-one priority? Adding in a spacious laundry room. Their last home’s washer-dryer setup wasn’t exactly convenient—it was outside. That was far from the only decision that needed to be made.

When you have the freedom to design something from the ground up, there comes unexpected pressure: Do you go all out, bringing every out-of-this-world idea to fruition, or do you play it safe for budget’s sake? For VanWagenen, the answer was a little bit of both.

With the option to install any kind of flooring, she settled on a playful pick: pink concrete. “My husband was a little like, ‘Okay, are we going to have pink floors?’” she says. “But we love them—probably the most of any single design choice that I made.” Out front, she again opted for the dramatic, planting four tall cacti along the white facade of the house. “I knew that was going to be my Instagram moment,” she says, laughing.

In the kitchen, though, VanWagenen debated whether or not to install painted tiles, but settled on a simpler option instead: white subway tile that she laid in stacked rows in the kitchen and bathroom.

When it came time to decorate, VanWagenen brought in additional Swedish influences. She turned to IKEA for her kitchen cabinetry, her daughter’s beds, the shelving in the playroom, and the pendant lamp (the Sinnerlig!) in her bedroom. “There’s this term Scandifornian, which means ‘Scandinavian-meets-California,’” she says. “I guess mine is Scandizonian.”

Over the course of a year, VanWagenen slowly brought home other details. “I only added in stuff that I really love,” she says. That meant waiting until the perfect thing crossed her path, like the Jenny Lind bed frame she found on Facebook Marketplace for her son’s bedroom and the collection of pottery and tchotchkes, all in natural, of-the-earth colors, that she styled on her kitchen’s open shelving.

However, VanWagenen isn’t above a big-box purchase. Those sleek, simple barstools that sit at her kitchen island (which VanWagenen painted freehand) cost just $15 each at Walmart. “We needed five of them, so that was something I felt I couldn’t really splurge on,” she says. “Plus, our kids destroy everything.”

For this first-time designer, a passion for interiors, her personal connections to the area, and plenty of patience were the keys to building a nest that’s uniquely hers—a little piece of Scandinavia mixed with the Southwest, pieced together with lots of love.

See more home tours: Hand-Painted Wallpaper Sets the Scene in This Dreamy Manhattan Apartment The Curtains in This NYC Apartment Provide Sunset Views 24-7 Of Course, Every Inch of This Creative Director’s Home Is Styled to a T