6 New Ikea Projects That We Are Super Excited About

Get ready for a partnership with NASA to create small space solutions, a line of screw-less furniture, and more. 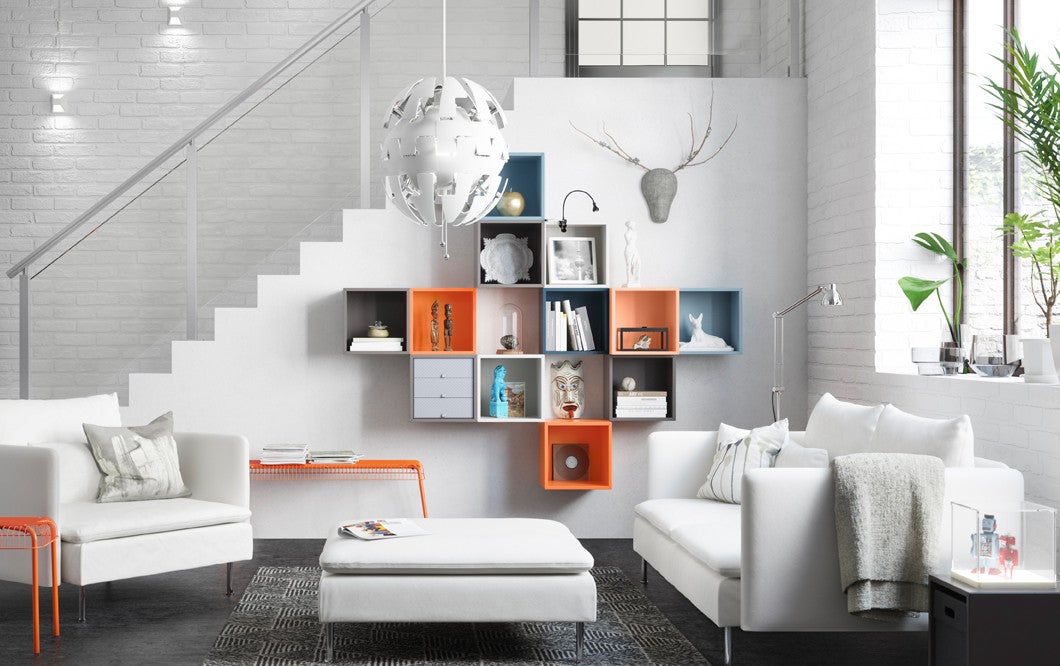 Ikea hosted its Democratic Design Day yesterday—essentially a massive announcement of all the upcoming collections, products, and partnerships the company has in store—and man, oh man, does the Swedish retailer have some awesome things in the works. The event took place at Ikea’s headquarters in Älmhult, but it was livestreamed internationally for all to watch.

“It’s all about people. These days are not only about looking at the final results, it’s also an opportunity for you to look behind the scenes, and meet the people,” Ikea’s Managing Director of Sweden Jesper Brodin told the crowd. “We’re opening up Ikea even more, inviting you to co-create with us. We’d like your help to share the ideas, tell the stories, and inspire others to engage and join in.”

While the specifics of upcoming projects were generally not revealed, we did find out a lot about Ikea’s upcoming plans. And suffice it to say, we’re already excited about all the cool new products we can expect from the Swedish retailer in the coming years. A few announcements in particular stood out to us—here’s what we’re most looking forward to seeing at Ikea soon.

Inspired by small-space living in big cities and our newfound appreciation for tiny homes, Ikea is turning to the experts of confined living conditions: astronauts.

Specifically, a small Ikea team will be spending three days at the MDRS Habitat in Utah, the spacecraft-like environment that real astronauts spend up to three years in to prepare for real outer space. The Ikea team will partner with NASA to create a line of space-saving furniture to find solutions for our shrinking living spaces. It will also work to determine how we can translate the interior living conditions that make us feel at home to a Mars habitat for those who would live there.

“Urban challenges such as small living spaces will lead to changes in the home. Already today, downsizing and micro-living is a reality in big cities,” Ikea announced at Democratic Design Day, according to Dezeen.

The collection is set to launch in 2019. Until then, we’ll have to make due with the small space living tips we already have.

A Collaboration With Off-White, Specifically For Millennials

Turns out the many configurations of IKEA’s Frakta bag aren’t the brand’s only brush with the fashion industry. Ikea is officially partnering with Off-White founder Virgil Abloh for a collection designed with first-time homeowners—millennials in particular—in mind.

“We’re looking at that first phase of adult life, when you start making purchases for your space. Largely people grow up in their parents’ environment. They’ve never had to consider furniture. Then when they’re off on their own and have their own aesthetic, what are their first purchases? I’m interested in thinking about how those purchases are informed,” said Abloh in a statement.

The collaboration may seem an unlikely one at first, but given Abloh’s penchant for experimental design and background in architecture (the designer holds a Masters of Architecture from the Illinois Institute of Technology), it’s one that makes sense for a collection meant to be provocative.

“Ikea provides a landscape—fertile soil for new ideas and concepts. My duty then, is to provide something provocative. Given how tremendous this opportunity is, I’m not content to make another chair,” continued Abloh.

A New Way To Shop Ikea

While not technically a part of Democratic Design Days, this announcement is too important not to include. According to Inter Ikea’s Group Chief Executive Torbjörn Lööf, we will soon be able to purchase Ikea products on websites other than Ikea.

“On digital platforms, we only sell our products through our own website, and there we also see that the competitive landscape is changing,” Lööf said.

While he didn’t specify as to which online retailers would carry the brand just yet, we do know that Ikea plans to start testing this new commerce strategy in 2018.

The move is part of a larger plan to reach more customers in order to hold on to its title as the world’s biggest home furnishing retailer. It recently started testing out smaller store formats and working on integrating its physical and online stores to adapt to the changing shopping climate.

An Easy Way To Prep For Your Next Party

Ikea is teaming up with consumer electronics company Teenage Engineering for an all-inclusive “party kit” to help you with throwing together last-minute parties. Gone are the days of red solo cups and plastic utensils.

As with the rest of the partnerships announced at Democratic Design Day, the specifics of what exactly the Frekvens collection will include are still unknown. We do know that Teenage Engineering, comprised of CEO Jesper Kouthoofd and three of his friends, is built on a love for making music and follows a simple mission to create things they believe are missing in the world. According to Kouthoofd, these things include vinyl record players, synthesizers, and cameras among other products. With this information in mind, it’s safe to assume that technology and music will be a key part of the collection.

“When you are younger you usually come up with the idea of a party the same day, and I think a lot of people use Ikea that way. ‘I’m going to have a party, I need some glasses, napkins, candles and stuff and will go to Ikea to get it.’ For us, it is about finding a reason to make and play some music. Thinking about the totality of what you need for a party is a good start,” Kouthoofd told the audience at Democratic Design Day.

A set release date for the collection hasn’t been specified, but the announcement for the line promises new products “in the near future.”

A Scent-Related Project That Blends Interior Design With Smell

Despite most of us having distinct associations of certain smells with certain places, the connection between scent and interior design has up to now been left relatively unexplored. Ikea plans to change this through an upcoming collaboration with Ben Gorham, the founder of Swedish perfume brand Byredo.

“I know most people have associations of visiting their grandmother’s house—whether it’s her perfume or the flowers or her cooking—smell is a very relevant part of the home. It creates a sense of comfort and security. We seldom speak of it and I think this project enforces that as well: getting people to think about smell,” said Gorham.

When it comes to experimental ways to bring scent into the home, there is no one better equipped than Gorham. Before establishing Byredo—which you may know as the brand behind the innovative brush-on perfume—about 10 years ago, Gorham graduated from the Stockholm Art School.

While we don’t know exactly how Ikea plans to translate scent into the home (candles? diffusers? air freshening spray bottles?), those at Democratic Design Day got a glimpse of the collab via the smell of Ikea’s beloved cinnamon buns wafting through the hallways.

“I was fascinated by the possibilities tied to smell,” said Gorham. “We’re trying to develop a ton of smells enforcing the idea that everyone has a different relationship to it, and nothing is right or wrong. We’re working on using scent to communicate emotions and tell stories of people, culture and design.”

A New Invention That Might Just Dethrone Flat Pack Furniture

At this point, the word “Ikea” is pretty much synonymous with flat pack. As the company that pioneered the furniture technology, it has kind of become Ikea’s trademark—until now. At Wednesday’s event, a new line of furniture was unveiled that can be assembled entirely without screws, which Inter Ikea CEO Torbjörn Lööf is calling the brand’s “biggest innovation since the flat pack.”

“It will create a lot of benefits through less environmental impact, simpler and cheaper products that can be dis-assembled for moves or recycling,” said Lööf.

The best news? You don’t have to wait to test out this new technology for yourself. Eket, a new collection that uses this assembly method, is available online and in stores.

Interested in learning more of what’s to come from IKEA? You can watch the full event here.

This IKEA Staple Is The Star Of A New Short Film We Can’t Wait For IKEA’s Spring 2018 Collaboration, And Here’s Why IKEA Announces Two New Collections That Celebrate Uniqueness