We put the buzziest brands to the test. 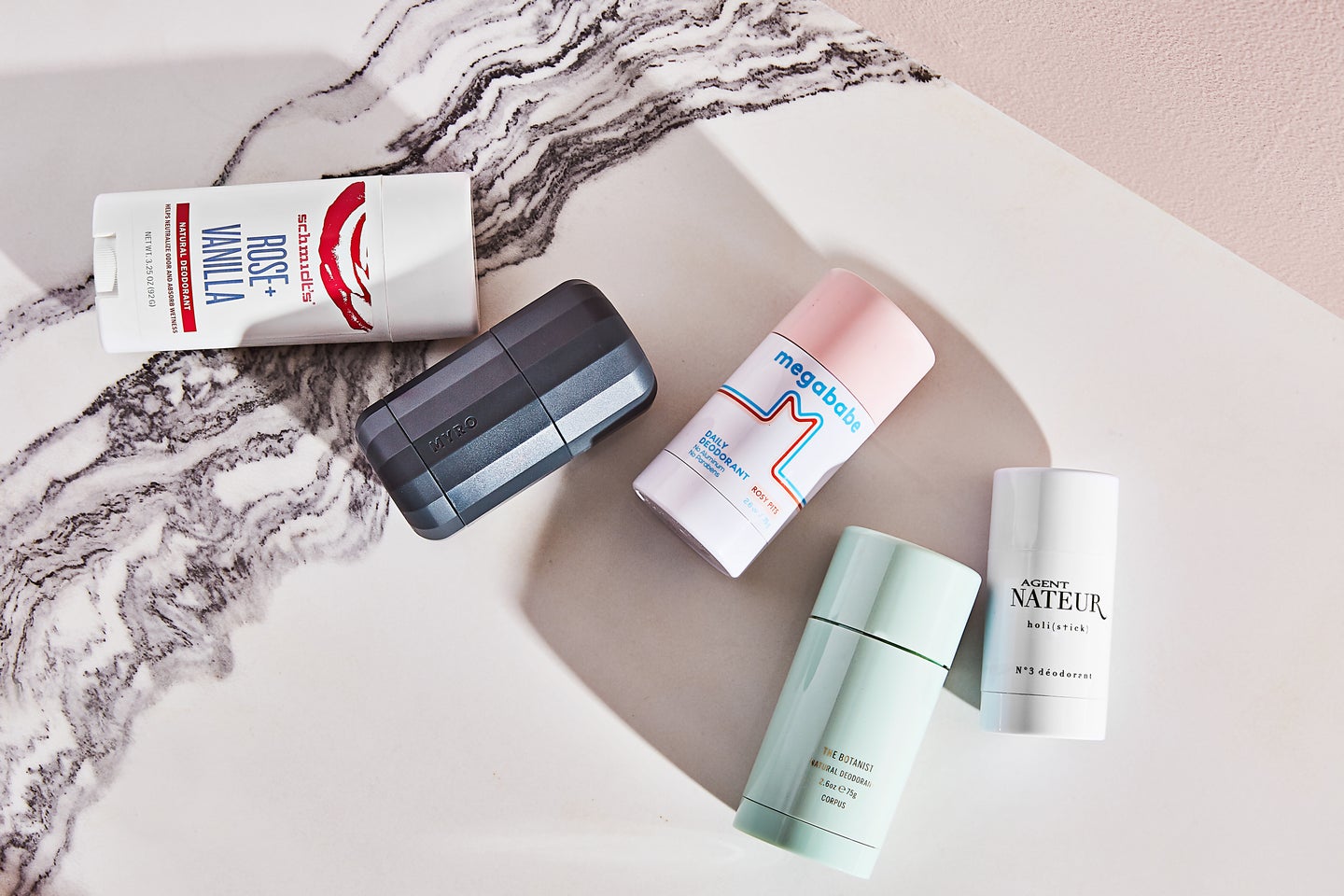 If it feels like there’s a buzzy new deodorant hitting shelves every day, that’s because there practically is. Demand is on the rise: Sales of natural deodorants rose 12 percent in 2018, while sales of traditional options were only at a two percent increase, says research firm Mintel. The emerging market is expected to hit nearly $3.5 billion in sales this year, says researcher firm Technavio. Clearly, this is more than just a passing fad. But are any of these natural deodorants truly effective?

We dove in, testing a bevy of next-gen brands to find the ones that actually fight odor—and look good while doing it. Gone are the days where your deodorant hides in the medicine cabinet; these babies are too pretty to be stashed away. It turns out that in the world of deodorants, you really can have it all.

The Gist: Myro is focused on substance as much as style. The sleek geometric packaging is fully recyclable and uses 50 percent less plastic than typical deodorants. A sugar-derived antimicrobial prevents odor, while barley powder absorbs wetness. When you run out, it’s refillable via a subscription that’s mailed to you every three months.

Our Verdict: A natural deodorant that actually feels nice when applied—who knew? Designed specifically to be gender-neutral, the scents are subtle and won’t clash with your perfume. There are no synthetic fragrances in the mix—or talc, or baking soda—which means it also shouldn’t irritate your skin. One Domino editor did say the formula needs a midday refresh, though, so have a backup at the office or in your purse.

The Gist: Started in a garage in Portland, Oregon, in 2010, Schmidt’s was originally just a cream deodorant that had to be applied by hand. Thankfully, a stick launched shortly after. Baking soda and arrowroot neutralize odor, while jojoba, coconut oils, and shea butter calm skin. (There’s also a version without baking soda, if you’re sensitive to it.)

Our Verdict: We’ve joined the Charcoal + Magnesium stick’s cult following because it lasts all day, but there’s a price for its effectiveness: It’s a bit messy to apply, going on more like a paste; the applicator needs to be wiped down often; and it can stain white clothes. The trick to a smoother application is to first warm the stick under your armpit for five seconds. If you prefer more subtle floral scents, we suggest trying jasmine tea or geranium. (All of the fragrances are derived from essential oils.)

The Gist: Rosy Pits, the brand’s aptly named rose-scented deodorant, debuted in 2018 with enough inventory to last four months, but it sold out in less than four weeks. By July, it had a 5,000-person wait list. From there, it sold out again, amassing another wait list, this time of 13,000 people. (Yes, for deodorant!) The beloved formula includes cornstarch to absorb moisture, as well as sage, sandalwood, and coconut oil to kill bacteria. It’s back in stock now, but probably not for long.

The Gist: Motivated to clean up her entire beauty regime, Agent Nateur’s founder formulated this favorite in her L.A. apartment. (The only product she couldn’t find a quality substitute for was her deodorant, and the rest is history.) Coconut oil, beeswax and baking soda come together to combat odor, while essential oils both soothe and keep you smelling good.

Our Verdict: We love that the ingredient list is just 10 products long, and all those things happen to be food safe too. However, one Domino tester with sensitive skin found the baking soda to be irritating. Application was less messy than other natural options we tried, although, like with Schmidt’s, we suggest warming it up before using it. The scent, made of lavender and eucalyptus essential oils, is bright and neutral. Pssst: Online, the deodorant is heralded as being able to fight stink like the best, even among traditional versions.

The Gist: Created by a skincare expert with over 15 years of experience, Corpus’ ingredient list is impeccable. Plant-based fermentation effectively and safely neutralizes odor, while minerals deodorize (they’re also great for sensitive skin). The packaging also sets it apart, thanks to that covetable mint green case with gold lettering.

Our Verdict: A Domino editor sung its praises: ”It’s not too soft that it’s messy, but it’s also not too hard that it’s borderline painful to apply.” She also said the deodorant, scented with bergamot, pink lemon, orange blossom, and cardamom, made her feel like Gwyneth Paltrow. One caveat: We found the formula needed reapplication.